Although I had heard of Pascal’s Wager before this past weekend, I hadn’t had the opportunity to check out the game. If you didn’t know, Pascal’s Wager is a mobile Souls-Like game that came out in January of 2020, and is just over a year old now.

I am, generally speaking, not a huge fan of mobile games (even Souls-Like ones). However, when I heard the game was coming to PC I was definitely intrigued, and luckily enough we were sponsored to check it out not long after. In this article, I want to tell you a bit about Pascal’s Wager, and what you can expect from a game maybe many of you have never heard of before.

Pascal’s Wager has sold over 1 million copies across all mobile platforms, making it arguably the most successful Souls-Like mobile game ever, and potentially even the best selling Souls-Like game, period, apart from Sekiro, Bloodborne and Nioh.

The Definitive Edition just recently launched for PC via Steam on March 12th, packaged with all DLC content, and all cosmetic items for the price of 19.99. In the Definitive Edition you can play Pascal’s Wager with uncapped FPS at up to 4k resolution, which is an obvious improvement over the mobile version, and probably the most compelling reason to play on PC vs Mobile (besides using a controller). 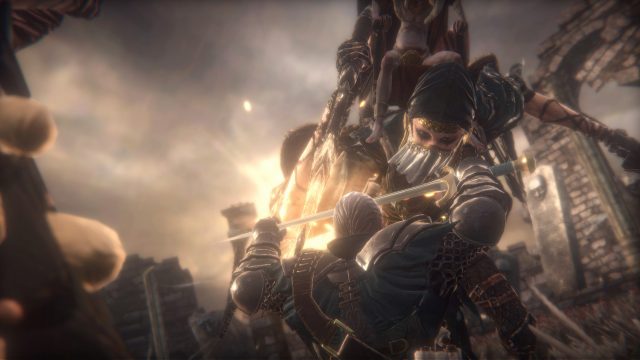 While the graphics themselves are nothing fancy in the grand scheme of new and shiny titles, likely because this is a PC version of a game designed for mobile devices, you likely won’t be playing the game for the graphics. If you do play, you’ll be playing for the combat, atmosphere and world building, so let me tell you a bit about those aspects of Pascal’s Wager.

The world design of Pascal’s Wager lies somewhere between the Souls franchise and that of something like Nioh. Players will travel to areas via their Carriage, which acts as a hub between zones when not traveling. Players can pick and choose where they go on the world map, exploring new areas as they complete others, and can return to areas they have already been to at any time. This is useful, because often you will need to complete side quests in places you’ve already been. 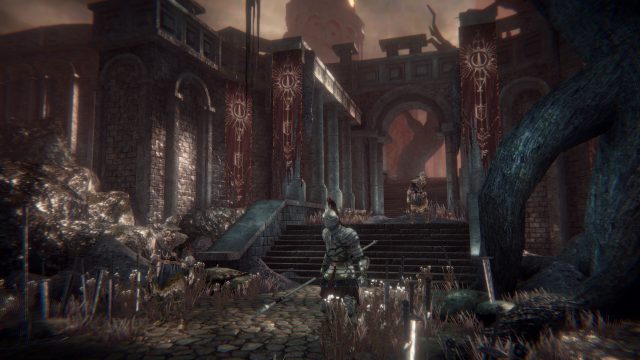 Each area is quite large from what I’ve seen so far, and generally contains 2 or 3 side quests that play out much like those from the Soulsborne games. And by that I mean NPCs often ask for your assistance in some manner, and it’s possible to do the wrong thing which results in outcomes you were not expecting, or desiring. There is very little hand-holding here, and players will have to figure out just what is what via trial and error in order to get things “right” with regards to these Quests.

Besides the quests, each area contains monsters, save points, shortcuts, and of course loot, much the way Soulsborne games do, with a mini-boss or two and an overall boss of the area. Exploring these areas can take quite a bit of time if you search out every secret, and it can be a lot of fun finding hidden items around each map. The areas are much larger than I was expecting for a game that was designed for mobile devices, and it sometimes took me a minute to figure out just which direction I needed to go next.

Inevitably though you’ll stumble upon the boss of the location, who all have their own opening cutscenes and musical scores, and designs that certainly match the gothic/demonic theme of Pascal’s Wager. And while the bosses were not particularly challenging on PC for a Souls veteran, I can only imagine how they must have been on mobile. Note that there are two difficulties for the game “Normal” and filthy “Casual”. 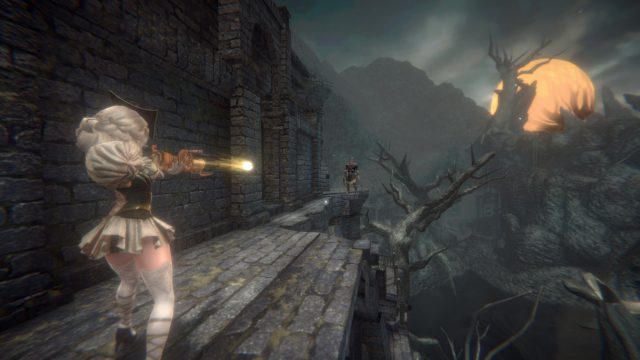 Combat in Pascal’s Wager plays out in a similar manner to Soulsborne games, with players attacking with light and strong attacks (R1 and R2) that consume Stamina, along with Dodging, Blocking and Parrying. And just like these games, figuring out which of these to do against the enemy you are facing is key, as is managing your Stamina consumption. Luckily you can increase your Stamina via items and the Endurance Stat, but I’ll go into those further in a moment. 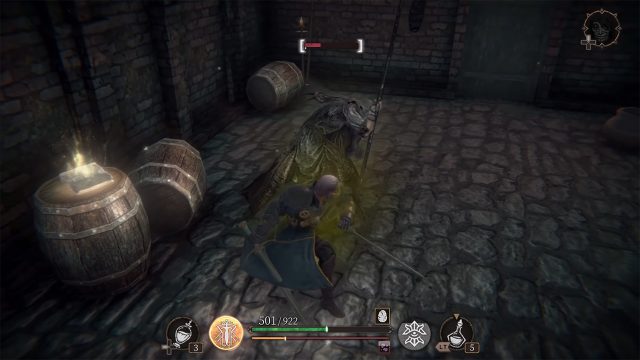 One notable difference though is that unlike the Soulsborne games, players can combo light and strong moves that do much more powerful attacks if they have enough of their special combat gauge filled up. This allows Terrance to do a sort of lunge attack that does tons of damage, and Viola to perform a powerful gun-based move. I have not completely explored what all 5 characters can do, but I would assume they all have some form or another of this as well, which helps to keep combat fresh.

One thing that I really want to highlight about the combat is that the controls actually felt very responsive, and I was able to dodge out of just about any attack I was performing. This prevented me from taking a lot of damage during boss fights, because I could quickly cancel an attack with a dodge, and get to safety. The window for this is very very forgiving, and in some Souls-Like games this can be a real issue for some players. Luckily, that isn’t the case with Pascal’s Wager, thus allowing you to be aggressive in combat without locking yourself into animations you can’t get out of.

Aside from the actual hacking and slashing itself, Pascal’s wager has another facet to combat called Sanity. As players face and defeat enemies they start to lose their Sanity, reducing their Max HP. This can be prevented by Recovering frequently at save points, though this respawns enemies, or by using consumable items. Additionally, if your Sanity drops too low during Boss Fights you will reach the “Lunacy” stage, causing Bosses to become much more aggressive and attack you with a new set of moves. Things can go from bad to worse when this happens, so managing your Sanity is a must.

Though there are no Weapons or Armor in Pascal’s Wager, the game actually has a decent amount of customization to it. Not only can players level up and distribute Attribute Points however they see fit, just like the Souls games, they can also craft or find Trophies which provide them passive benefits like more Attack Damage or more Stamina Regeneration. As you progress the game you can even improve these Trophies to increase the bonuses they provide, making them even stronger and valuable to your characters. 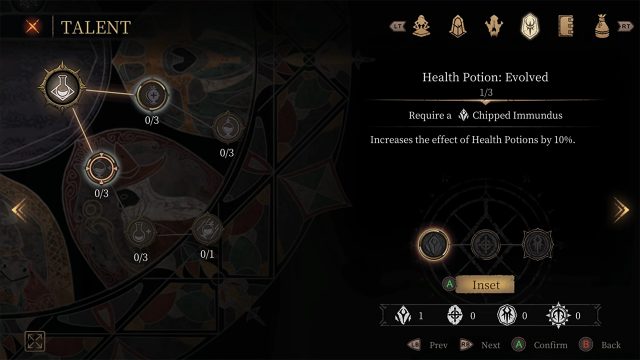 In addition to Trophies, players can also unlock Talents as they progress, further defining their characters. There are 4 Talent Trees in Pascal’s Wager: Alchemy, Sanity, Special and Attack, each providing passive benefits to your characters.

But perhaps the biggest difference in this area is that Pascal’s Wager features 5 different characters that you will play as, each with their own Weapons and Abilities. Each character is connected to the plot of the game, and you will see and talk to most of them. You can swap between them when you are not engaged in combat, allowing you to tackle different enemies in different ways, which is a staple of Pascal’s Wager’s gameplay. 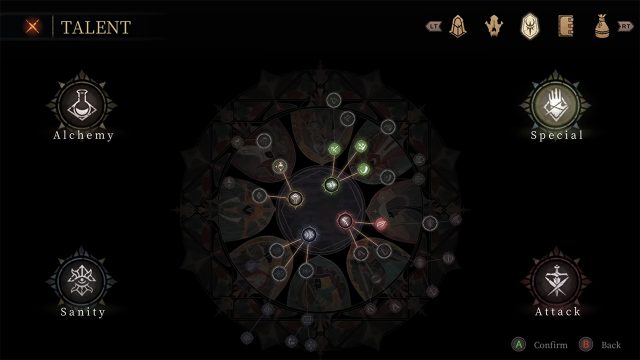 Each character has their own Attributes, so when you gain Attribute Points you can distribute them differently for each, which is a must since Dexterity benefits ranged attacks, but Strength does not. This allows you to make Terrance a Strength-based character, while you make Viola a Dex-based character because she uses a ranged weapon, without ruining how either of these characters plays. Just don’t forget to place points in one of your characters, like I did, or you might find them doing awful damage. 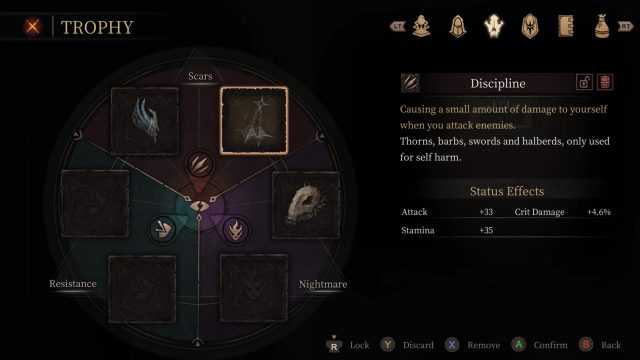 Pascal’s Wager is a mobile Souls-Like making its debut on PC via Steam, and at the time of this video 72% of  those who actually wrote a review on Steam gave the game a thumbs up. The biggest complaints were the graphics and voice acting, which is indeed the weakest aspect of the game. However, most reviews also praise the game’s world design, atmosphere and general vibe of the world, with combat sort of taking a back seat to these things. 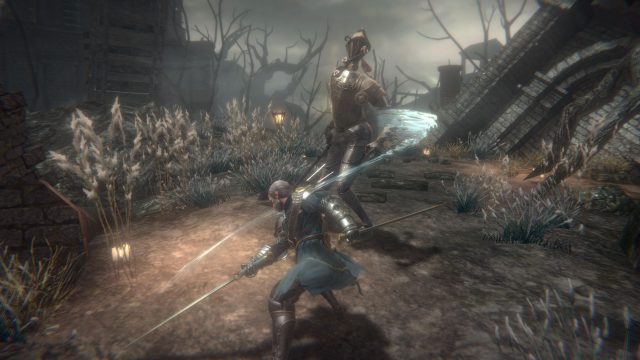 In short, despite the game’s flaws it seems most people still had fun anyway, and enough so to justify the game’s price tag of 19.99 USD. If this sounds like something you’re interested in playing, you can use the link below to check out the game and support the channel.

If you enjoyed this preview be sure to check out more in King Arthur: Knight’s Tale Preview And Gameplay Impressions. You can also find our latest review in Monster Hunter Rise Review: Better Than World.