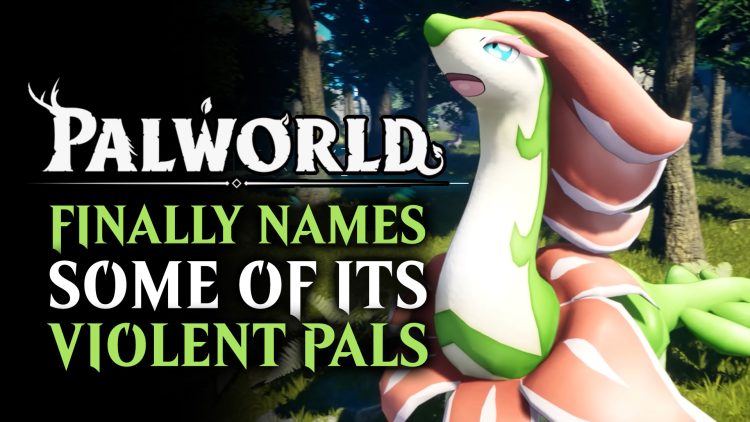 Palworld shows off its homicidally cute Pals with a new gameplay reveal trailer.

Palworld Showcases Its Most Violent Pals in a new Reveal Trailer

The Pokemon genre has little to no competition at the moment. Fans of catching and befriending cute monsters of different shapes and sizes have few to pick from. It’s either Pokemon, or Temtem, which is an MMO based on the popular monster collector.

Palworld is developer Pocketpair’s answer to the question, would Pokemon still be cute if they were handed unlicensed AK-47’s and left to their own devices? The answer is a resounding yes.

Palworld’s new Pal Reveal trailer lasted just over a minute and a half, and named a total of 16 Pals. However, there are tons more friends hiding away in the background so the final game will definitely have more to meet and (forcefully) befriend. 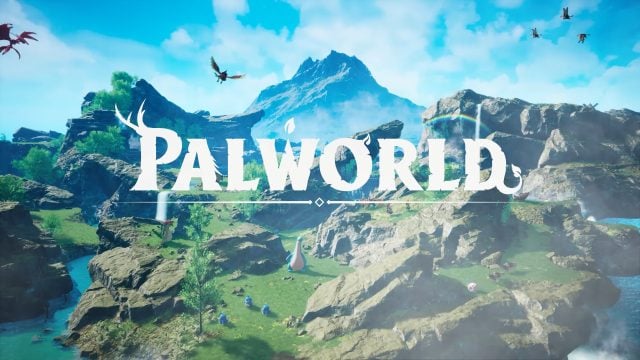 The World of Palworld in All Its Glory

We have some very standard-looking Pals, such as the flame wolf Pyrin. This majestic creature is basically a darkened Rapidash but with longer hair. Not that we’re complaining. Palworld also shows off the Leaf-Type Vaelet which resembles a mix between a butterfly and a flower. Reptigneo is a fiery turtle that we just can’t wait to befriend and have stomp around. This one has two elements apparently, Fire and Earth. 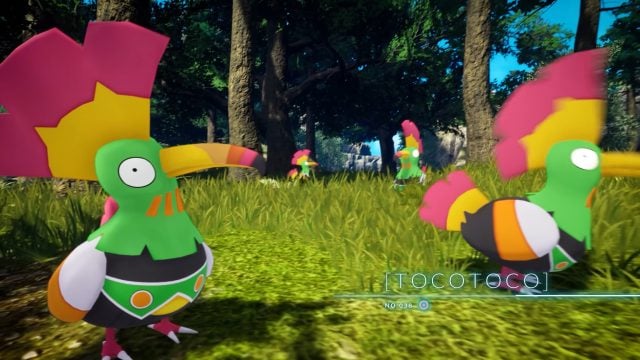 Of course there are some silly and cute Pals available. One such creature is Daedream, which is daydream but with an “e” in place of a “y”. This cute little sheep has some sort of swirly energy as its elemental affinity. It can perhaps be attributed to Psychic/Mind since the Pal looks to be able to influence dreams. There’s also a very confused-looking toucan bird named Tocotoco. Again, it isn’t quite clear what this Palworld creature’s elemental alignment is, since it is merely a bullseye target. 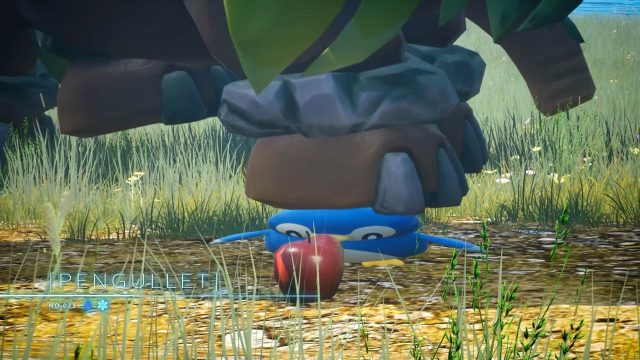 Last of the silly creatures is Pengullet. This water and ice element Pal is basically a normal blue penguin. The game isn’t afraid to show it being squished by bigger Pals, however, and thus was worth a mention.

The More Serious in Nature

Moving on to the more serious-looking Palworld Pals are that of Lyleen and Broncherry. Both of these are Leaf Element Pals. The former though looks more like a regal Forest Maiden, and the latter is a giant and elegant forest dweller. 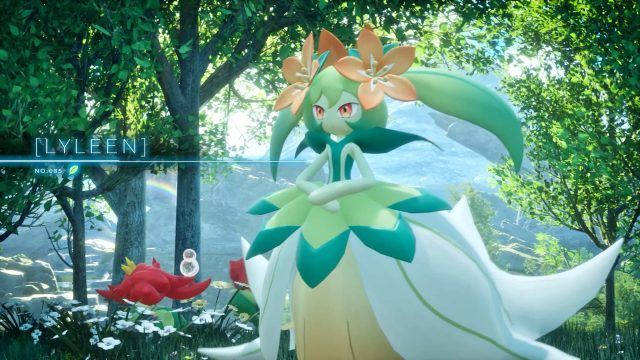 Maraith is a Psychic Element Pal that is a mysterious jet-black creature with blue flame wings. The creature is one of the more visually striking of the bunch, and creates an air of mystery around it. 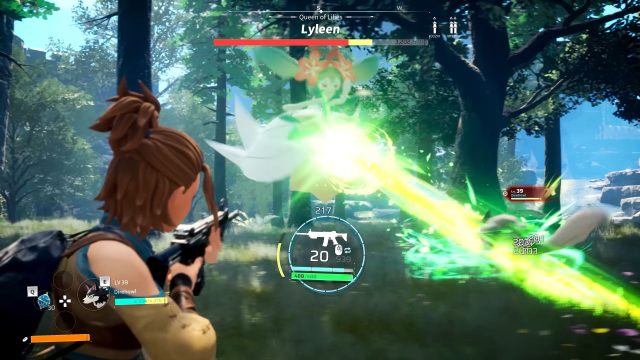 Shoot Down the Opposition!

Boltmane is another Pal, but is literally a copy paste of Pokemon’s Luxray. The team over at Pocketpair are definitely not ashamed to show their inspirations.

Embracing the Absurdity of Palworld

Of course, Palworld wouldn’t be unique enough to stand against Pokemon if there weren’t any innovations. Their additions of choice to the monster collecting genre is guns and forced labor. 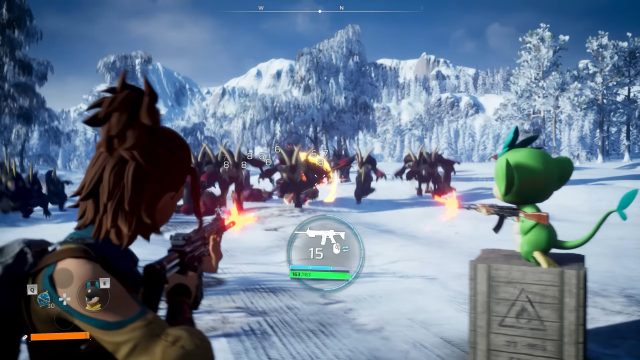 The Player and Their Tanzee Mowing Down Hordes

As previously seen in many trailers, various Pals can be given violent firearms that they can use at will against your enemies. Some Pals can even be used as weapons themselves. The player character themselves can be seen holding up a fox spewing flame breaths anywhere and everywhere. 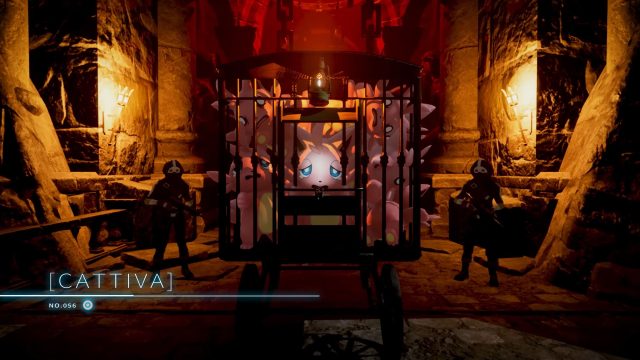 Get Your Own Cattiva Captives

Tanzee, the game’s popular green monkey is one such Pal. They can be given their own firearm, and since they have opposable thumbs, they are quite skilled in its usage. The player and their Pal can thus unleash dozens of rounds of ammunition into any rampaging horde, perfect to harvest their meat and pelts afterward. 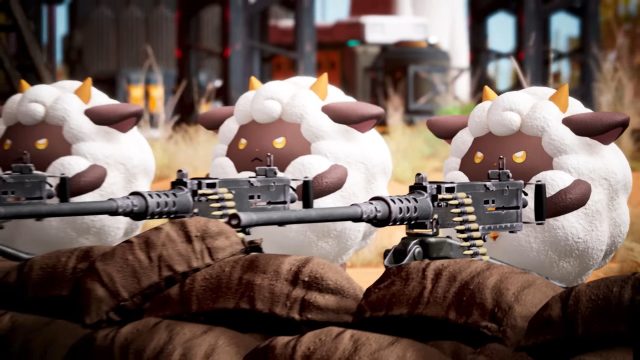 Lamballs are the cute cottonball posterchild of the game. These cute sheep are very deadly with machineguns, especially those propped up against sandbags. They mean serious business.

Pokemon definitely needs more competition as that breeds innovation and improvement. While Pokemon Violet and Scarlet were both massive commercial successes, there was still a fair share of criticism on the technical aspects of the titles. In fact, it sold over 10 million copies in the first three days of release, dethroning last year’s Pokemon Legends: Arceus. 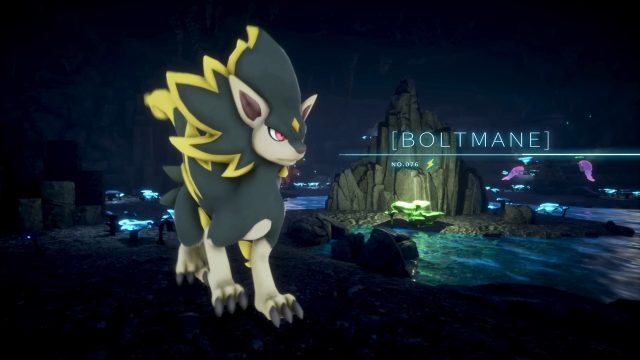 Palworld is also an open-world RPG. Much like Harvestella or Frozen Flame, the title will also have some elements of base building and light survival. You can also engage your Pals in forced labor, making them toil endlessly in sweatshops dedicated in manufacturing more guns.