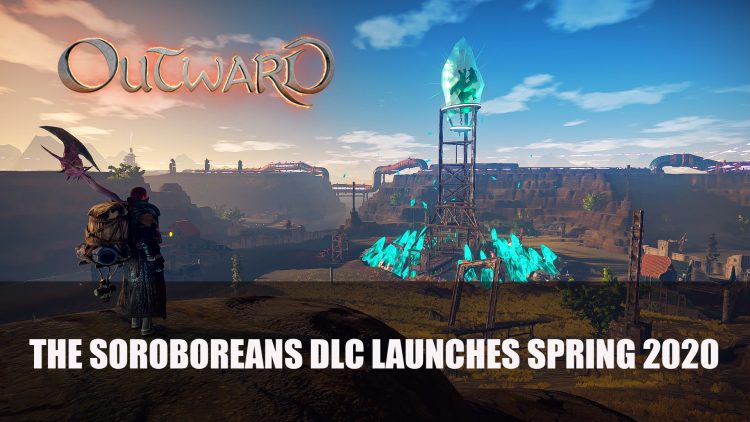 Publisher Deep Silver and Nine Dots Studio have announced a DLC for the open-world RPG Outward called The Soroboreans coming this Spring.

The open-world RPG Outward will be getting a downloadable content pack called “The Soroboreans” this Spring, which was announced by publisher Deep Silver and Developer Nine Dots Studio.

The DLC will up the challenge when it comes survival, meaning you’re going to have to pay extra attention when it comes to “death, dehydration, losing your backpack” and more. There will be a new system called Corruption, which will only affect your in certain areas, however, how it affects you will vary. According to their press release “the level of corruption affects you in different ways, and if you can’t shake it you could meet an untimely end. The world just got a whole lot scarier.”

The Soroboreans are part of a network of merchants and an academic institution, aptly adding magical enchantments to weapons and trinkets this DLC. There will also be new skills which react with the corruption mechanic.

Outward released in March of last year, featuring an open-world where as a traveller you’ll face terrible perils. Death is not the end, but can leave you in a tougher spot than when you begin. It also features split screen co-op, survival mechanics, combat and spellcasting. If you want to know what we thought of Outward you can check out this Outward Review – A Rough Adventure.

Backpackers of Aurai your #OUTWARD journey is about to get tougher with the long anticipated first DLC “The Soroboreans”! New skills, status effects, enchantments and…the corruption…
Coming your way in Spring 2020.
Get the game: https://t.co/p0XuttWq5l pic.twitter.com/BmNTN7vZnC

Outward is currently available on PC, Xbox One and PS4. The Soroboreans DLC will release sometime this Spring 2020.

For more news be sure to read/watch next Bless Unleashed Launches On March 12th and Elder Scrolls Online Murkmire Celebration Starts February 20th.