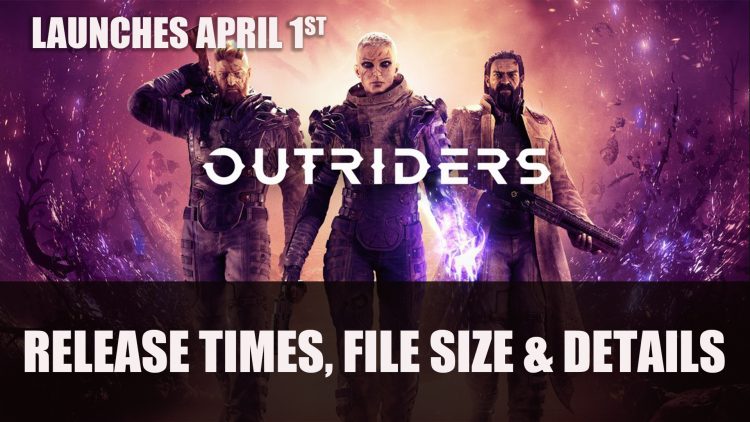 The sci-fi shooter RPG Outriders is launching April 1st but what time does it go live in your region? We gathered some details about launch times, expected download file size and more. If you’re also wondering what to expect, read on about the game and our impressions of the game so far.

Outriders arrives on PC, PS4, PS5, Xbox One, Xbox Series X, Xbox Games Pass (consoles only) and Google Stadia on April 1st. It’s not long to wait but you may be wondering what time it launches in your region. 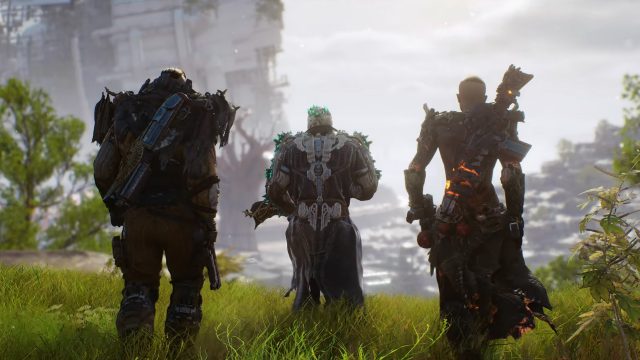 Below you can find the launch times according to your city. If you’re on the east coast, expect Outriders to go live at 12:00 AM EDT. Those on pacific time can expect it to release at 9:00 AM PDT.

Be prepared to save some space for your Outriders download as the game itself is rather big, with the Microsoft Store detailing 47 GB for both Xbox Series X and Xbox Series S pre-load. While PS4 will need 67 GB and PS5 will need 46GB. Those on PC can expect to use 70GB of space for pre-loading on Steam. You should also note that there is a day one patch of around 24 GB which will be needed in order to play.

Pre-load is already available for consoles, this includes PS4, PS5, Xbox One and Xbox Series X players who have pre-ordered the game. Steam is also now available for pre-load.

Outriders is now AVAILABLE FOR PRELOADING on Steam!

Here are the final confirmed system requirements for playing Outriders on minimum, recommended and ULTRA settings.

If you’ve been playing the Outriders demo, you’ll be happy to know your progress does transfer to the full game. While there is no update for the demo, you will need to download the full game, and you can pick up where you left off.

There have been some improvements made since the demo, as developer People Can Fly have shared they have fixed bugs for weapons, enemies and also tweaked the loot drops. Crossplay is on by default.

What to Expect from Outriders

Outriders in case you have missed it, is a co-op shooter RPG that takes players to the planet of Enoch as a “last chance”, where humanity plans to colonise after Earth becomes inhabitable. It offers four different classes to play which are Pyromancer, Trickster, Devastator, and Technomancer.  Each have their own sets of Skills that are based on the character’s Anomaly Power and can inflict Enemies with Status effects. There are eight status effects in total, Ash, Bleed, Burn, Vulnerable, Freeze, Toxic, Weakness, and Slow.

You can kit out your character with a number of weapons, armor and mods. Mods add additional effects/buffs to your weapons and gear. While mods are easy to slot, Rare equipment only has one slot, while Epic or Legendary have two. You can check out more about Mods on our Outriders wiki.

If you want to know what we thought about Outriders, check out our hands-on first impressions of game so far below. Be sure to look out for our full review soon:

Outriders launches April 1st on PC, Xbox One, Xbox Series X, Playstation 4, Playstation 5, and Stadia. Drop by our Outriders wiki for all the latest info.

For more news find it here in Elder Scrolls Online Free To Play Event Lasts 2 Weeks This April 2021 and Genshin Impact Will Release A Native PS5 Version This Year.