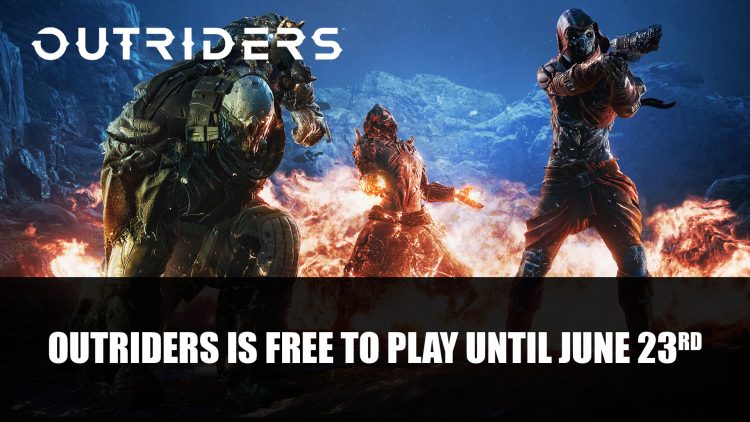 People Can Fly announces Outriders is free to play for a limited time only in preparation for its expansion Worldslayer which releases on June 30th.

Outriders is Free to Play Until June 23rd on Steam

Now you can play the co-op shooter looter Outriders for free, now until June 23rd on Steam. Simply download the game on Steam and play as much as you want until Thursday, this includes access to the entire game.

Outriders will be releasing its first expansion Worldslayer on June 30th, with pre-orders granting 48 hours early access. The expansion adds new Apocalypse tiers 25 to 40, higher rewards, Apocalypse items with a third mod slot, PAX class trees, Ascension system and more. According to People Can Fly it could take around 360 hours for players to unlock every node option.

For those who are getting in Outriders for the first time, Worldslayer offers a catch-up option with a level 30 boost which can be used as many times as players want and can even boost other classes to get to endgame levels.

Outriders first released in April 2021 as a drop-in-drop-out co-op shooter, set in the dark sci-fi world of Enoch. The Action-RPG offers intense shooter combat with options to go it alone or team up with up to two other players.

For more news find it here in Xenoblade Chronicles 3 Gets Nintendo Direct On June 22nd. To learn more about what’s coming with Outriders Worldslayer check out next Outriders Next Expansion Worldslayer Releases June 30th.