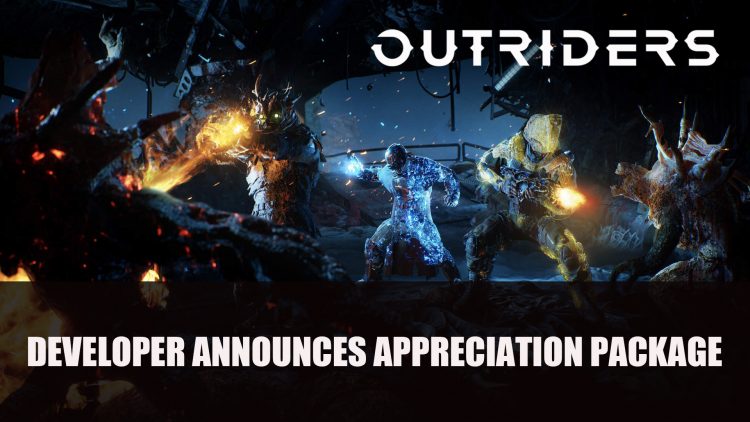 People Can Fly the developer behind the shooter RPG Outriders has announced they will be rewarding players with an ‘Appreciation Package’ which is to make up for the recent server issues.

Outriders ‘Appreciation Package’ Planned To Make Up for Server Issues

Developer People Can Fly are awarding Outrider players with a Community Appreciation Package for those who tried the game in the first two weeks.

The developer is still working on the package, which will be available to anyone who played Outriders between March 31st and April 11th. While the package is still in the works, but have shared it will contain a Legendary Weapon and an amount of Titanium that matches the player’s highest leveled character.

In addition players will also receive a “Frustration” emote, which rather hits the nail on the head, as this is probably what players will be feeling after the experience of shakey server performance. The devs also will continue working on improving multiplayer stability and rebalancing some skills in the game.

Although the inconvenience of server issues that plagued the game, Outriders still gathered a rather large player base, with the initial launch garnering 100,000 players at its peak on Steam.

Looking for the latest Outriders build? Check out our Outeriders Devastator Build:

Outriders is available on PC, PS5, Xbox Series X, Xbox One, PS4 and Stadia. Drop by our Outriders wiki for all the latest info and don’t forget to take a gander at our latest Outriders build guides.