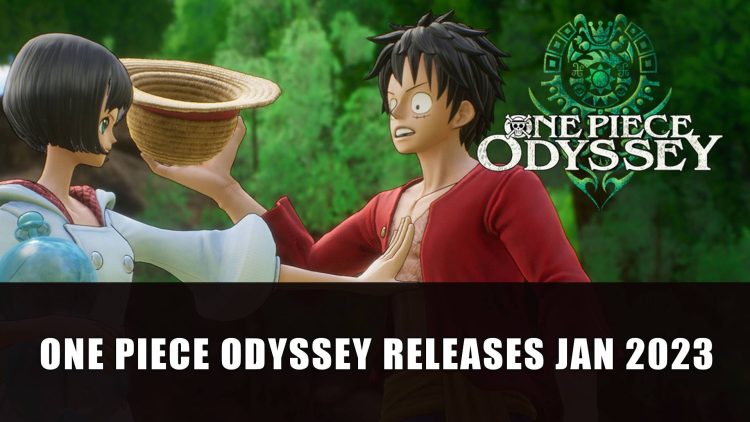 A release date trailer was shown at Tokyo Game Show, announcing that One Piece Odyssey will launch on January 13th 2023.

Fans of the game adaptation of the long-running anime series can rejoice as the launch date for One Piece Odyssey has a release date. A new trailer was shown during the Tokyo Game Show announcing the JRPG will be released on January 13th 2023 for Playstation 5, Playstation 4, Xbox Series X|S, Xbox One and PC.

The release date is later than the originally announced 2022 window, but you can pick up the game in early 2023 so it’s not too far off. Join Luffy and the gang as they crash land their ship and start an epic adventure upon a mysterious island. The island which we learn from the trailer is called Waford. The island is a lot more than they’ve bargained for, full of puzzles and strange powers.

The Straw Hats will have to hold onto to their hats as they meet a number of strange creatures and characters. The trailer ends with a mysterious line “this is a world made from your memories”, so we could be in for experiencing some of the character’s own past but relived. There also seem to be some strange cubes that appear which could be the key to unlocking what exactly is happening on the island.

Previously it was revealed the JRPG will contain everything you’d expect from a full-fledged RPG experience including dungeons, quests, puzzles and more. The title is the most “meticulously” worked on game for One Piece for such an extensive period of time according to the devs.

Fans can get their hands on the Standard, Digital Deluxe, Limited and Collector’s Editions which are available to pre-order.

The pre-order bonus is available if you purchase the game before the launch date. It contains useful items to get you started and a Traveling Outfit Set costume: 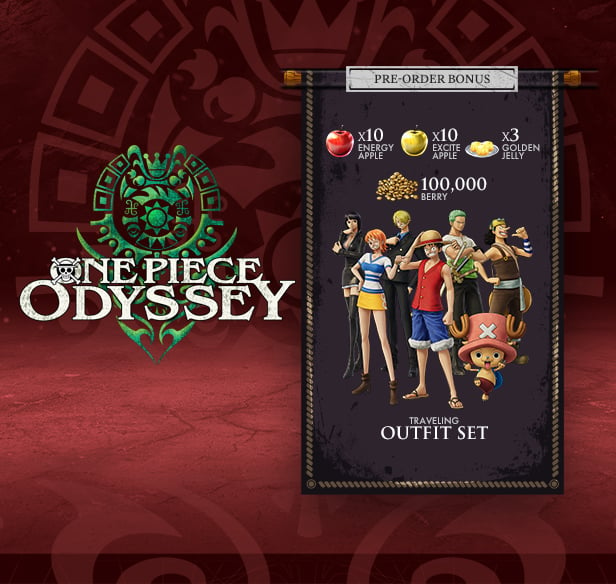 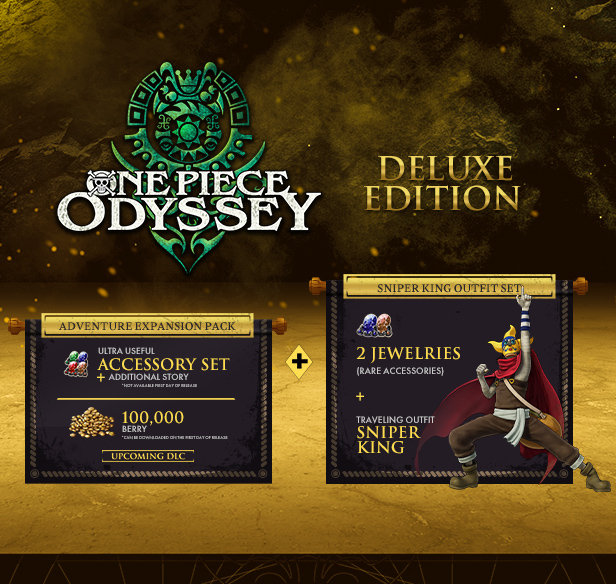 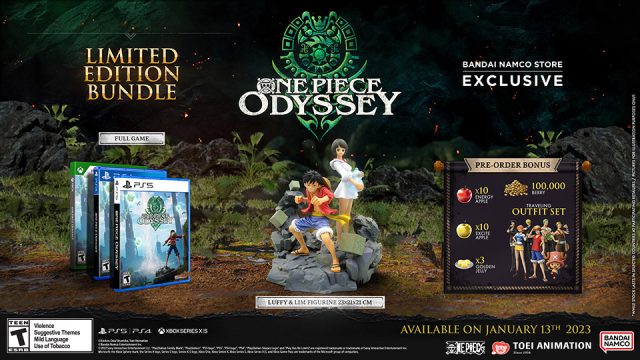 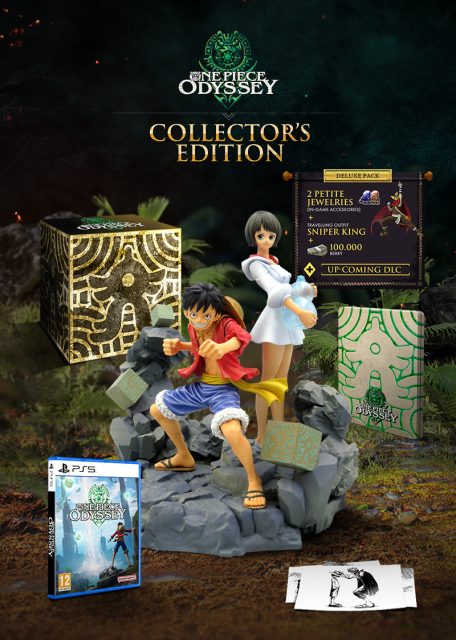 One Piece Odyssey will be released on January 13th 2023 for Playstation 5, Playstation 4, Xbox Series X|S, Xbox One and PC.

For more news from the Tokyo Game Show be sure to check out next Palworld Is An Upcoming Open-World Pokemon-Style Multiplayer Game With Tons Of Absurdities and Crisis Core: Final Fantasy VII Reunion Gets A Release Date Plus New Gameplay Footage In Launch Trailer.