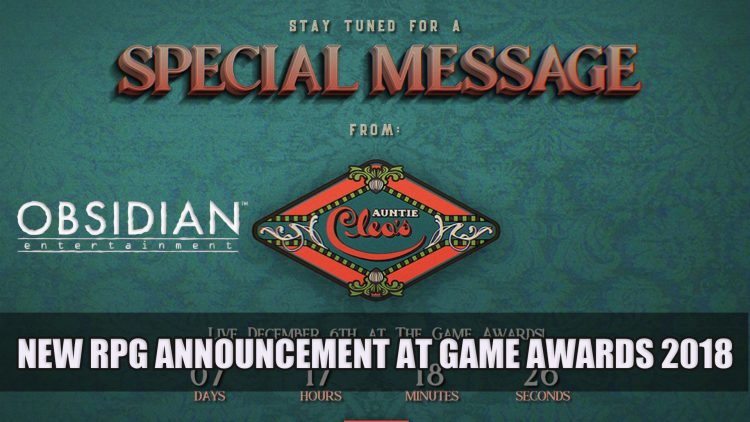 It’s not been long since the announcement of Obsidian Entertainment being acquired by Microsoft Studios, they now have some news of a new RPG to be shared at The Games Awards 2018 next week.

Obsidian Entertainment to Reveal New Game at The Game Awards 2018

If you visit the Obsidian website you will be interestingly met with a couple of pop up announcements, the first being a countdown timer to The Game Awards 2018 where the developer plans to unveil a new game. The second what appears to be an “advertisement” for Auntie Cleo’s, if you revisit the website again you will see a further “advertisement” for Spacer’s Choice both in a retro artstyle. This is all very mysterious but maybe there’s a clue in there somewhere, maybe a spaced themed RPG? 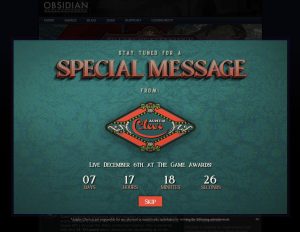 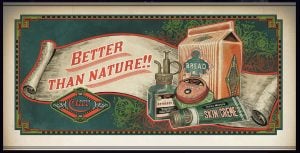 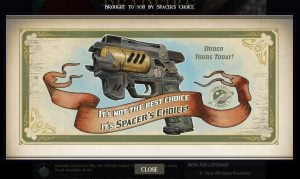 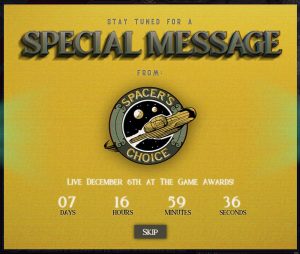 They have also announced via Geoff Keighley’s Twitter account that they will be unveiling a new RPG by Obsidian and Private Division. The reveal will be at The Game Awards 2018 on December 6th at 9pm ET/6pm PT which you can catch on live streams on Twitch, Mixer, Facebook and more.

Don’t miss the global premiere and announcement of the upcoming RPG by @Obsidian and @PrivateDivision at @TheGameAwards streaming live everywhere next Thursday, December 6 at 9 PM ET / 6 PM PT. #WorldsWillChange pic.twitter.com/LjW8GmdwcB

And if you were worried that the developer might have caught mobile game fever like Blizzard, Keighley has already confirmed in response to the tweet that “it’s not”. All we know so far is that it’s a new RPG, whether that means new IP or not we’ll have to wait and see. Obsidian are well known for their highly popular tactical RPG Pillars of Eternity II: Deadfire. What do you think they will be announcing? Let us know in the comments below.

Read about the nominees for the upcoming The Game Award 2018 here. You can also check out more Obsidian content in Obsidian And InXile Entertainment Officially Becomes Part Of Microsoft Studios. To read about their upcoming release find it here in Pillars Of Eternity II: Deadfire Upcoming DLC The Forgotten Sanctum And Patch 4.0 Releases December 13th.