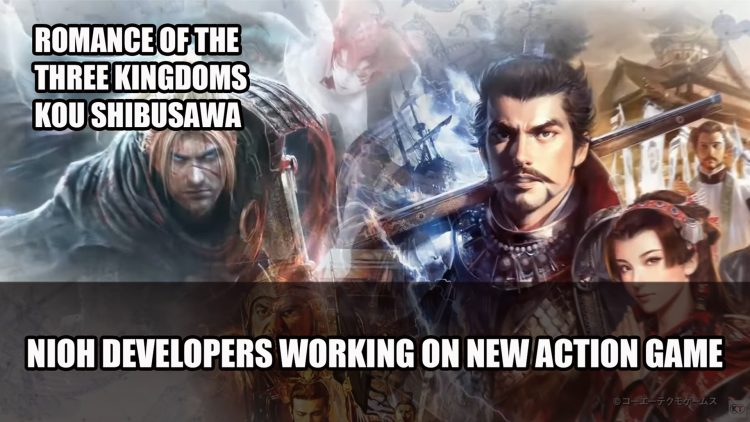 Team Ninja and Kou Shibusawa are working on an action game set in the Thre Kingdoms.

Team Ninja and Koei Tecmo Games have shared they are working on a new action game set in Romance of the Three Kingdoms. This was announced during the 40th-anniversary celebration of Kou Shibusawa, which focuses on historical games.

Kou Shibusawa (which is actually the stage name of the creator and producer Yoichi Erikawa) and Team Ninja were the combination that created the Nioh series and looks like they are working together once again on another historically inspired action title.

Koei Tecmo previously has shared they aim to release a new game within a new IP by the fiscal year 2023. Whether this is the game they have planned to release is not quite clear, but if that’s the case development is still early on.

Nioh 2 was released last year, which allowed players to create their character this time, adding plenty of challenges and new Yokai to fight.

What do you think the game will be about? Let us know in the comments below.