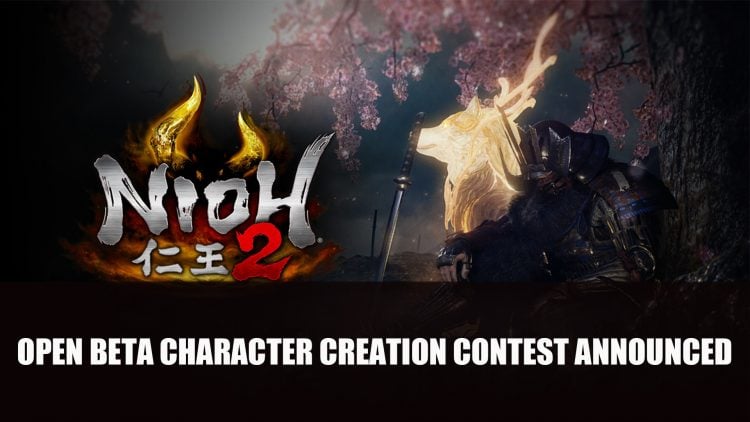 Koei Tecmo have announced they will be running a Nioh 2 Character Creation Contest during the Nioh 2 open beta.

Nioh 2 was announced back in September to be having an open beta during November 1st to 10th. Koei Tecmo have also shared they’ll be running a character creation content. Six winners will be picked with their creations being chosen as a preset for the final version of Nioh 2.

You can check out the details below:

In conjunction with the release of the Nioh 2 Beta Demo on Friday, November 1st, 2019, we will be holding a “Nioh 2 Character Creation Contest.”

The winners’ submissions will appear as presets in the retail version, and their names will be listed in the ending credits, so we look forward to your submissions.

Our development team, Team Ninja, will judge the entries and select the winners from among the submitted creations.

The Winners’ characters will be incorporated in the final product as presets, and their names will be included in the game’s credits.

Recently Koei Tecmo also revealed some screenshots of returning character Nohime as well as Yoshimoto Imagawa which you can check out here.

Nioh 2 will release on Playstation 4 in early 2020 with the open beta taking place on November 1st to November 10th.

For more news be sure to read next Sony Files Trademarks PS6, PS7, PS8, PS9 And PS10 In Japan and Death Stranding Is Coming To PC 2020.