Ninja Gaiden Master Collection Review: Is it worth it? Review Impressions of this “Sekiro Souls DMC before Nioh” 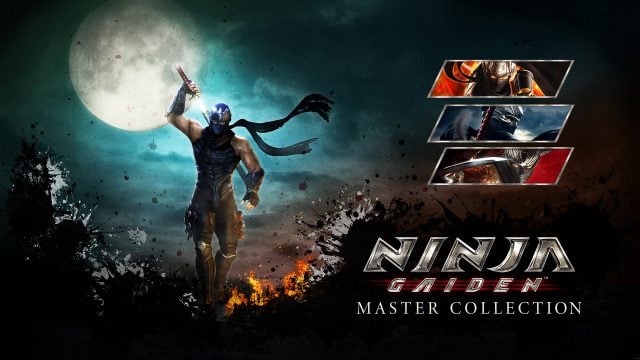 What is Included in the Ninja Gaiden Master Collection?

This means that if you play all 3 titles, you are looking at at the very least 35 hours of gameplay if you go through on the easier difficulties and don’t bother with collectables or extras. A completionist would likely spend at least 100 hours to master all titles, which is of course very dependent on your ability as the game is very skill-based.

If you are wondering why other titles weren’t included: Data Loss. Very much like Mass Effect Legendary Edition, the code for Ninja Gaiden Black and Ninja Gaiden 2 is incomplete and cannot be “salvaged” for remaster.

What is not Remastered

An important note for PC players is that Ninja Gaiden Sigma requires a controller to play on PC. Keyboard and Mouse is not supported!. Besides that, if you’re looking for an optimal experience, you should be mindful of the System Requirements

So now that you know what is included, we get to the key point of “Why should I play this?” If you missed the original launch for these titles or are not familiar with the franchise, Ninja Gaiden is a series of complex action games evolved from an arcade title launched in 1988. The original style of the series was rebooted in 2004 as an Xbox title – with Team Ninja’s Tomonobu Itagaki taking his time to create what was a resounding success in the action realm, maintaining a 94 on Metacritic.

The games take you through the story of Ryu Hayabusa, the original badass ninjamurai. The chosen of the Dragon Clan can wall run, pole vault, zig-zag flip around narrow spaces to climb towers, swim AND he can run on water. All of this while fighting a variety of humanoid, monster and mythical enemies including giant Buddhist statues. If the antics of his agility are not quite drawing you in yet, the variety of Ryu’s arsenal might. 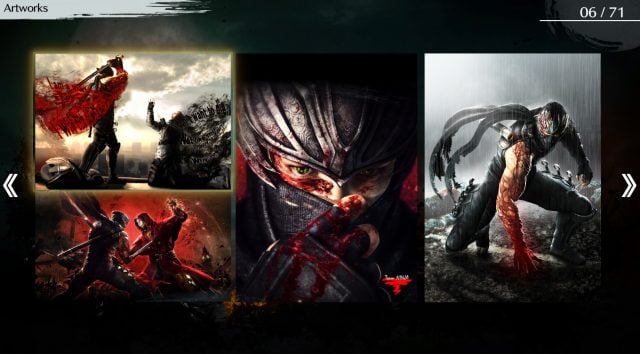 In addition to shurikens, Ryu can master many weapons, including a sword, dual swords, scythes, bows, nunchaku, flails, war Hammers, Staves, etc. With each of these weapons come special skills and combos that can be unlocked and mastered, giving the combat personalization options on par with genre-lead Devil May Cry. And of course no Ninja game would be complete without some magic, so you can take some time and learn Ninpo to unleash elemental storms against your enemies and defeat them with fire, ice, wind and more.

The combat loop can be interrupted on the fly for pause-based instant healing and weapon-swaps, but in general the concept of the game is to relentlessly and fluidly slice away your opponents, often limb by limb. Flashy power-up attacks, aerial combos, guillotine throws and kicks all add up to a fast paced combat experience that proudly stands the test of time.

Outside of combat, the game features exploration with an ever frustrating camera, allowing you to find special Beads to increase your health, scrolls to boost your ninpo, and several elixirs to heal as you play. You will also come across collectibles that you can bring back to the blacksmith to unlock weapon upgrades and specials. And of course, the remaster includes the opportunity to change outfits and even play as the accompanying cast of busty waifus. 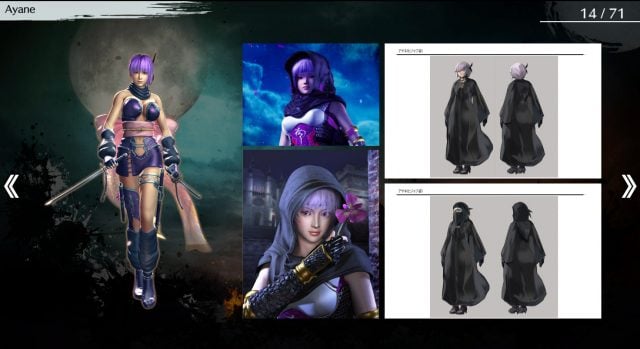 Having explained the setting, combat and available content, we’re now down to the gameplay experience itself. I launched the second game initially because my PS5 listed only that one. After some confusion I finally realized that you had to click the dots menu and select the other two titles, so don’t make the same mistake.

Ninja Gaiden Sigma immediately brought back a wave of nostalgia, as I remember trying this on the first Xbox and being amazed at the graphics and combat, and incredibly frustrated by the difficulty. The graphics are ok for a remaster but don’t expect anything great since the models have not been remade. The combat is amazing fun, but be ready to be mildly frustrated by a confusing camera that BOTH lets you move it AND moves around by itself. This is remarkably confusing and somewhat nauseating until you finally get used to it. 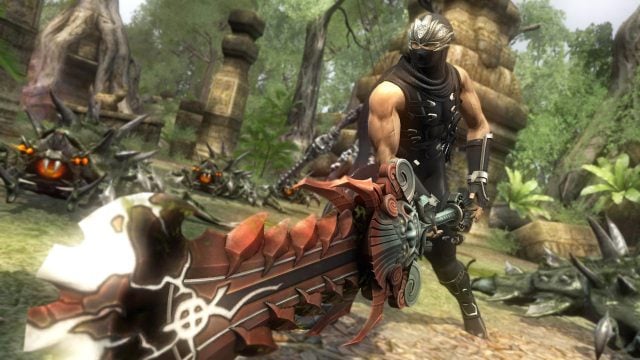 In that same vein, your combat abilities will not be up to par and the game pulls no punches, so your first few encounters and levels will not feel glamorous or stylish. Ninja perfection comes with practice, and you have to be willing to put in that time.

For me, the initial frustration with the dated camera and graphics was only outdone by the frustration with myself for “forgetting how to play”, but the stubbornness that led me to 100% all these titles endures, and I was quickly sucked back in. As I unlocked more combos and weapons, I wanted to perform better, finish the fights faster, get more hits in and look more like the absolute ninja chad that gives Dante a run for his money

I quickly noticed the many things the Nioh series inherited from Ninja Gaiden, and how the excellent combat variety of Nioh can be attributed of the strong action foundation Team Ninja learned with this title. I also spent some time thinking of how Sekiro has some subtle hints of influence, with resurrection being somewhat of a Revival Scroll, and the fluidity of movements looking rather similar. Lastly, the game is challenging and the restarts do have that souls feeling of “I’ll do better this time!” – so all in all the game is a bundle of things I enjoy.

It is sometimes hard to get into old games again, particularly if you have completed them before, so I had other team members try the game out to gauge their reaction. It was rather similar: frustration at the camera, apathy to the graphics… and then hooked on the combat. The games only feel better as you progress through the titles, with the many refinements added by Team Ninja in the subsequent iterations. So, from my experimentation, newcomers to the games will most certainly enjoy it, if they are up to a challenge and willing to persist through a bit of a steep learning curve. 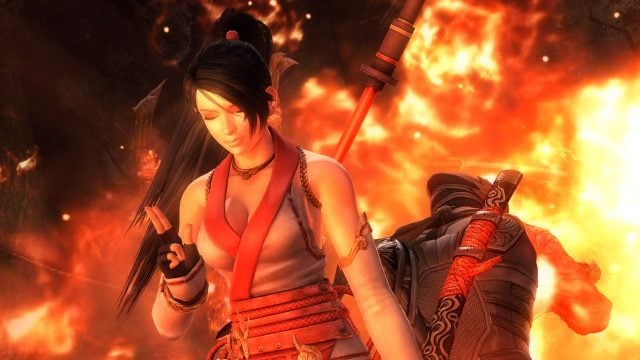 I was surprised to hear of the Ninja Gaiden Remaster, particularly when Team Ninja seems to have moved on to Nioh, but given the success of Devil May Cry 5 I am expecting to see Ninja Gaiden 4 in the near future and this may be market prep for that purpose. Since I have finished these games completely before, I was not particularly hyped to replay them and it was only because we got an early code that I decided to jump in and have a look.

It took me some time to adjust, but once I did I remembered why I liked these titles so much, and I am delighted to report that the combat has aged very well. The game is simply fun to play, and is well-deserving of the time for action fans, as it remains one of the best in the genre. The modest 39.99 USD price tag makes the games good value for money, giving you an action experience like few others can.

If you are a fan of action games, have enjoyed the challenge of Souls games and wished Sekiro was a bit more action-oriented, Ninja Gaiden Master Collection is probably the place you should be looking for your next fix.