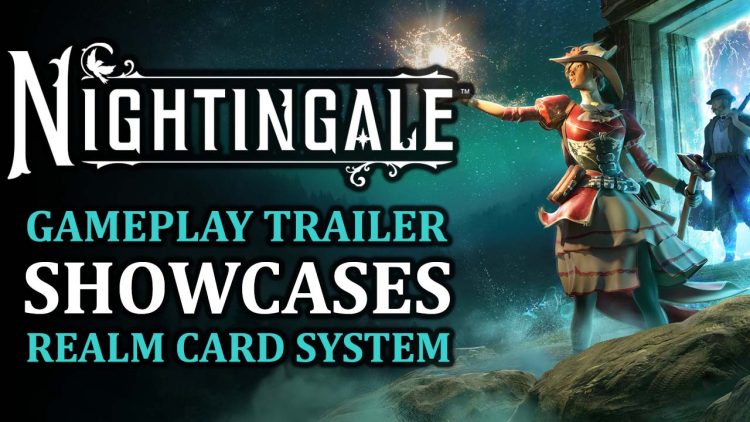 Nightingale was part of the Summer Game Fest 2022 presentation this year. They took advantage of the time by showing the first look at gameplay and its “Realm Card” feature.

We were first teased about the magical realms of Nightingale back in early January of this year. The title hasn’t been too abuzz since then, but that has finally changed. In this year’s Summer Game Fest, a new trailer was unleashed into the world, showing off some bits of story and more importantly, gameplay.

Nightingale is being touted as a survival-crafting game wherein you, a budding Realmwalker, are stranded in an unknown realm. Seeking adventure and exploration, the Realmwalker must brave the various Fae Realms and survive as long as possible.

The World of Nightingale

Man’s thirst for understanding magic has been both a boon and a crux at the same time. The introduction of magic has created many inventions useful to human survival. However, it has also caused many problems. 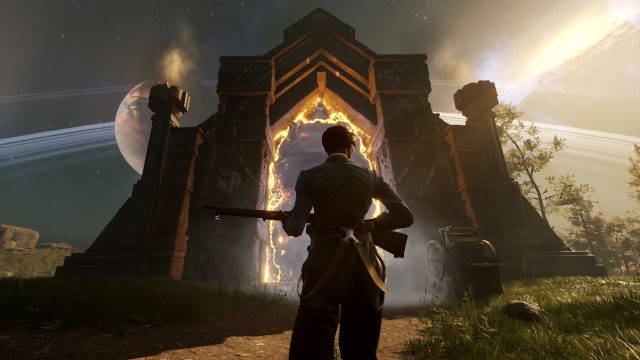 A Portal to the Fae Realms

Enter the Arcane Portal Network, mankind’s gateway into the hundreds of Fae Realms of Nightingale. This network is responsible for man’s sudden surge of discovery and wonder. However, the Realmwalkers get cut off from the network and are thus stranded in an unknown world.

Through sheer strength of will, the Realmwalkers must rally together, build a society, and thrive in their newfound land. To succeed, however, they will need to battle countless threats that inhabit the Fae Realms.

Survival of the Fittest

Like any other open-world survival game, Nightingale has your standard hunter-gatherer gameplay. Players will initially have limited options at their disposal, but eventually, pick up enough resources to begin crafting tools to be able to get even better resources. It will feel very familiar to experienced survival game players, such as fans of V Rising. 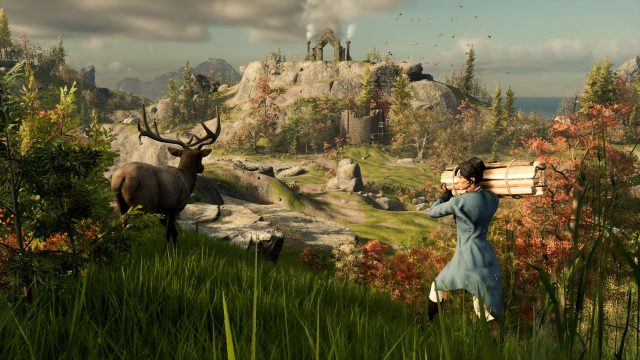 So what makes Nightingale unique, then?

Inflexion Games is making good use of the game’s theme to drive the title’s identity. As there are dozens (or hundreds) of Fae Realms in the world of Nightingale, things should never get old. Biomes would include things like forests, swamps, deserts, jungles, and more. 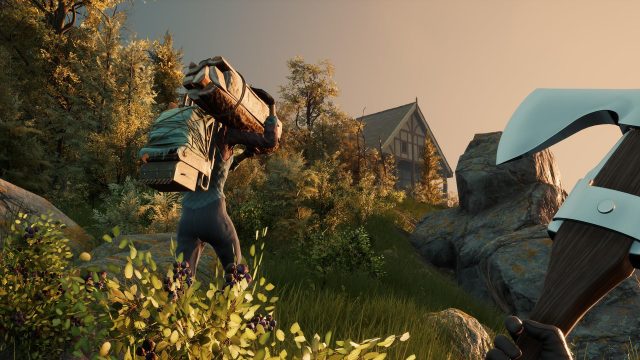 Enemy variety will also be quite varied as well. You will encounter the banalest of creatures such as boars and spiders. But players will also have the opportunity to take down some colossal foes such as giants or a terrifying-looking clockwork automaton. A twisted group of humanity known as the Bound has also been rumored to be lurking through the realms.

Gameplay in Nightingale will be done all in first-person. Essentially, the Realmwalkers must get up close and personal with all the monstrosities of the Fae Realms.

In keeping with the overall theme of Nightingale, the game has a system called “Realm Cards”. These craftable items are basically how the player will get access to different fantastical worlds. A keystone, if you will. Once players have explored the initial world enough, they will collect enough schematics and diagrams to create these powerful cards. 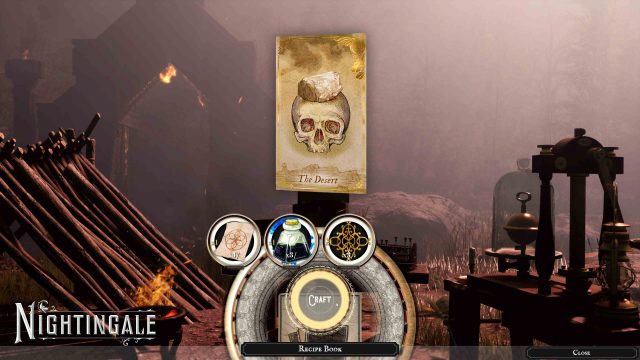 Realm Cards will not only determine the type of Realm you’ll visit, such as a desert or mountaintop but everything else as well. Different card combinations will affect the new Realm in different ways. Some cards will make sure that all the enemies will be of a certain type, such as dragons or bears. Even others will determine how aggressive these enemies are. Some can even make it more likely that a certain recourse you’re looking for will spawn.

The sky’s the limit, and Inflexion games know that. The Realm Cards system will ensure that more content can be easily added to the game. Realms opened by the Realm Cards will be a mix of procedurally generated as well as deliberately planned. 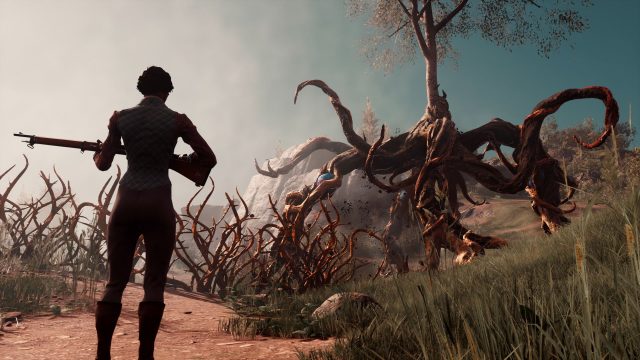 Lastly, the team does not want to make it so that the player memorizes the good combinations all the time. Different cards will react differently to different pairings, so experimentation will be key to finding the best fit for you.

No Man’s an Island

Nightingale can be played in either co-op or solo. They can build up entire communities, full of buildings and stations of different purposes and types. Sharing resources will be of utmost importance if they wish to brave the dangers of the realms. 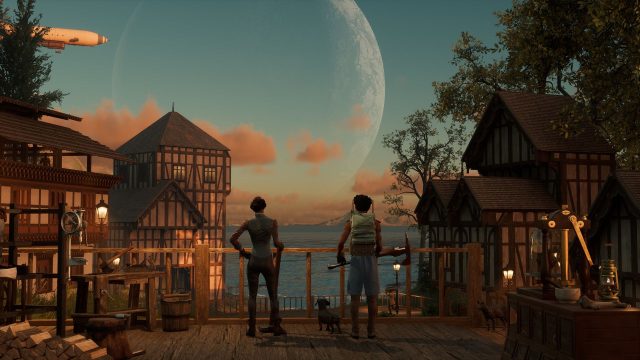 Be Proud of Your Town

Entire towns can be built from the ground up. Inflexion is also making sure that these creations will be truly our own, as they promise to offer various styles and tilesets for customization. Eventually, players can even recruit NPCs to help manage their villages, or to create a bigger sense of “community”.

Wonders of the Fae

Nightingale is currently set for a Q4 release, which will most likely fall near the Thanksgiving weekend. Closed testing will begin soon sometime this year. 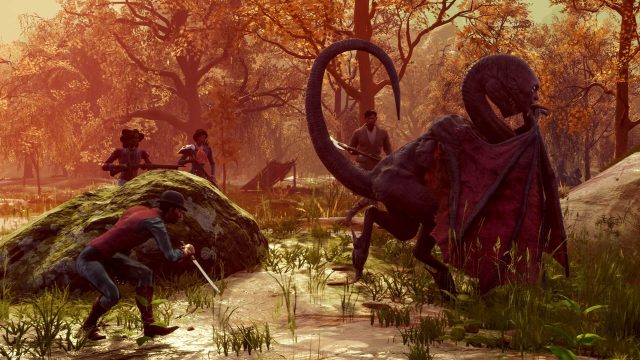 There is currently no news on how much the game will cost. The title will be released on PC only, for now, available on Steam and Epic Games.

For more coverage on the Summer Game Fest, check out: