I’ve loved this series for a long time!

The world of NieR Replicant is a tumultuous era where the earth is getting more and more overrun by Shades, and the fatal Black Scrawl disease is sweeping the land.  The protagonist and his family are no exception. When NieR’s sister Yonah becomes afflicted with the Black Scrawl disease his main objective was to find her a cure. 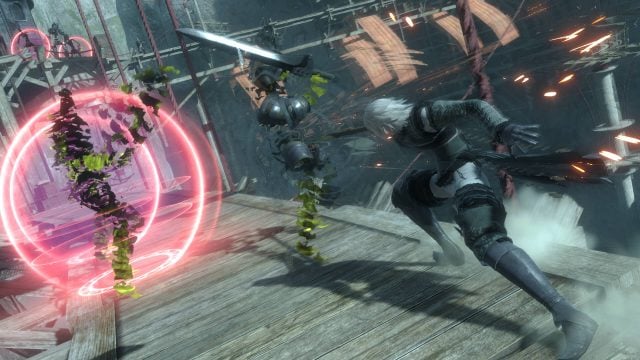 This seems like a quite straight-forward story where our hero must collect magic accessories to save their emotional interest, but no Yoko Taro game is ever that simple. What begins as a comfortably “trope-friendly” JRPG slowly mutates into a mind-bending thesis on self-awareness, sacrifice and existence itself. 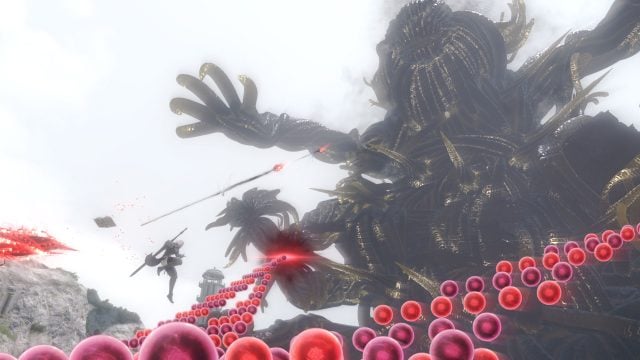 Much like Nier Automata tricked players into confronting existentialism, Nier Replicant surreptitiously drives the player deeper into a philosophical maze. As you emerge from this labyrinth, battered and confused, the narrative changes to challenge your understanding once and more again, leading you through a series of meaningful decisions for each of the many endings of the game.

Nier Replicant Version 1.22 features added storylines that the original didn’t have, as well as a special ending only available after completing all others. Needless to say, any Nier fan will want to see this one as it enhances the lore of the universe of Yoko Taro.

The remaster boasts 4k resolution and 60FPS, and an overall graphics overhaul that makes it closer to Nier: Automata and improves the general feel of the game by enhancing draw distance and environmental objects. Regardless of this, you will never hear me saying this is a beautiful game, because it is not. The models are still blocky, character animations awkward, voiced lines emerge from dead lips, and average NPCs look generic and uninspired. 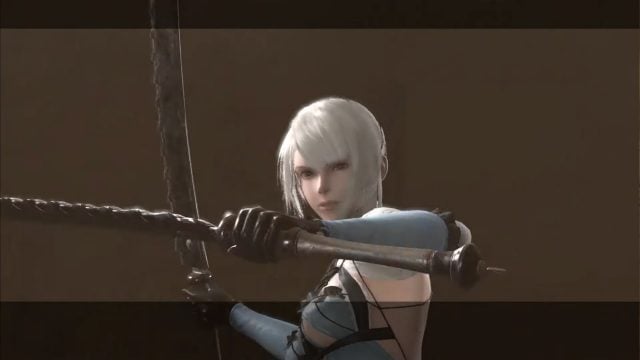 Given how fresh the graphics enhancement of Diablo 2 is on my mind, and how much the Demon’s Souls Remake knocked it out of the park, it is impossible for me to say that the graphical enhancements are up to my (newly and improved) expectations. This isn’t to say that the remaster is bad, because the game is much more than the graphics, but enhancing something to 4k doesn’t make it modern, and the visual upgrade is average and only slightly better than the very disappointing Neverwinter Nights Enhanced Edition.

That said, the remaster did introduce voice acting for many previously read-only lines and this makes for a fantastic improvement. I very much enjoyed the actor quality in both Japanese and English, and this option is available to everyone so you can select your favored delivery. Grimoire Weiss continues to be one of my favorite characters of all time and this game would simply not be the same without the fantastic acting behind it. 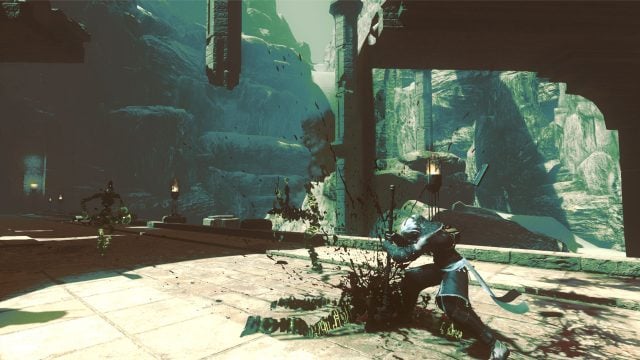 The overall soundtrack has also been re-recorded and continues to be exceptional, although it is not as good as Nier Automata’s and it did feel slightly “loud” at times – mostly because it has lyrics and it’s odd to idle on repeat with words being said. This is a nitpick, however, and the atmosphere of the game is wonderfully encapsulated in its music score. In any case, if you prefer the Automata soundtrack, you can actually unlock it by finishing one playthrough.

Nier Replicant is an Action-RPG that merges sword and magic play with side activities such as fishing or farming. The remaster, however, has worked on changing the combat of the game, so those who experienced the original are in for a treat. These changes were discussed by the development team, and their explanation is as follows:

“The short answer is because NieR:Automata exists. That game saw enormous success, in part thanks to its rewarding combat system. Developed in collaboration with PlatinumGames Inc., it was responsive, skill-based and oh-so-satisfying – and the team wanted to capture that feeling in the updated NieR Replicant.

Ito says: “We wanted to allow players who discovered the NieR series through NieR:Automata to get as much enjoyment out of playing this first game. It was important to let those people enjoy this original setting in the same way they did Automata – with high-quality, fast, and dynamic action in three dimensions.” 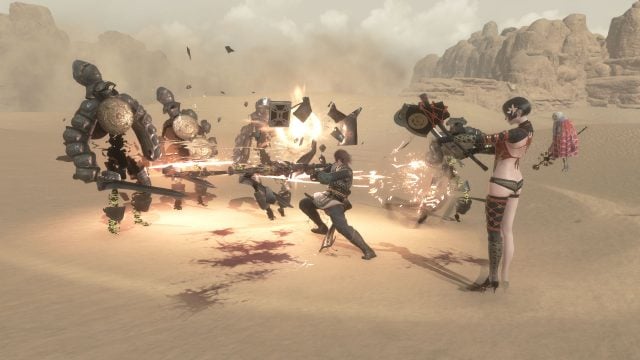 Having played the original and Automata, I believe the developers have succeeded in their mission, as the combat of the game feels both unique and fluid. Players will have their choice from many weapons, that can be upgraded via crafting and enhanced with words, giving a variety of playstyles from fast and light swords to spears and large and clunky greatswords. Additionally, the spells available have unique and exciting animations, giving your magic attacks a great feeling in combat.

The combo counter helps to encourage you to keep going, and the combinations of light, heavy, charged attacks, magic spells and fast-paced dodging is a wonderful balance to the slower portions of the game.

There are some frustrating control situations, such as selecting NPC dialogues among several NPCs or inconsistencies with the lock-on system, but overall the combat felt fluid and has certainly be modernized enough to feel relevant in 2021.

Nier will level up as you defeat enemies and complete activities, but you won’t be selecting stats or armor equipment. Character progression is instead done by acquiring and improving weapons and spells. 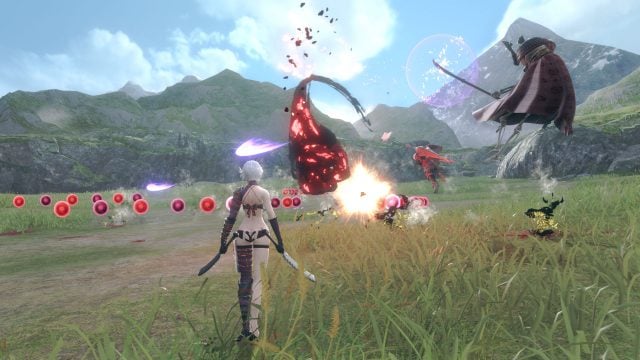 There are three weapon categories with about a dozen weapons each, and they can all be upgraded to improve their performance. In addition, weapons have Stories that will gradually reveal the background of your chosen tool, adding to the depth of the game’s lore.

Spells are obtained by collecting the Sealed Verses for the main storyline, but they can also be enhanced with a special collectible called words. Words are found randomly in the world and operate much as slottable runes in other RPG games. You can assign two words to each weapon or spell, and obtain benefits such as increased damage, lower mp cost or higher item drop chance. Combining these in the right way is simple but fun, and adds a layer of customization to the combat.

The quests of Nier Replicant are deceptively simple. You will arrive at a comfortably generic seafront town, for example, and obtain fishing quests or delivery quests to other towns. The details of some of these quests, however, will slowly inform your knowledge of the world at large and begin to add to the overarching plot of the game. Your companion will make fun of your willingness to do anything, but his pompous persona will also soften as you discover the secrets behind the deliveries you’ve been undertaking. 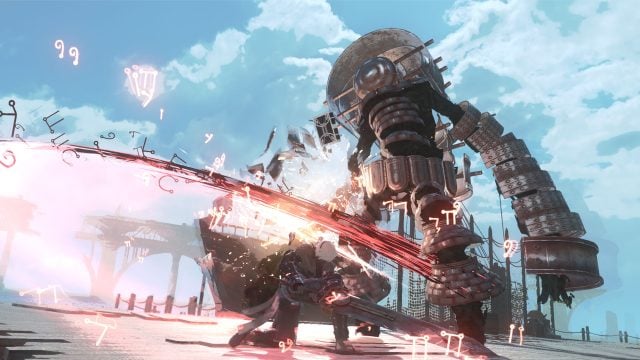 With a delicate touch, Nier Replicant eases you into menial tasks that add a human perspective and give depth to the world. You will come to enjoy your chain fishing quest, or look forward to harvesting some plants to procure an obscure drink, and enjoy your quiet time in your village. Then, once all of this has given you the comfort of routine, you will be asked to confront everything you think you know and decide how much it’s actually worth to you.

Open World (or semi-open world) RPGs are often more about the amount of interesting activities than replayability, as it’s unlikely someone would play twice through a game with 300 hours of content. Nier Replicant is somewhat in the middle on this, because its main story can be completed in about 20 hours, but your subsequent playthroughs unlock more content and opportunities, so replaying the game is actually part of the core experience that is expected to last about 35 hours. 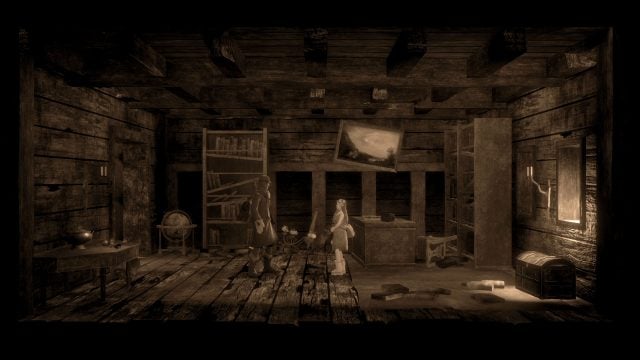 When I played the original, it took me about two months to fully complete everything, which would be about 90 hours of gameplay to obtain all weapons, upgrades, cultivations, endings and trophies. For this one, given that there is a new ending and additional quest content, plus a dungeon system, even experienced players can possibly look at similar numbers if they opt to 100% the game.

The additions to the game are as follows:

Nier Replicant Review: Is it Worth it?

So given all of the above, we arrive at the final thoughts for Nier Replicant Remaster and there’s one big question: Should you Buy it? As I mentioned above, I have played and completely finished the original game, and it has stayed with me all these years so my memory of events is quite good. Even so, I believe the game is worth the re-purchase simply because experiencing it again is like re-reading a great book, and I couldn’t bare to do so with the low quality of my now dusty Playstation 3.

Players wonder if a title is worth their hard-earned money, and upon inspection of the parts this will be a personal decision based on your priorities. If you need great graphics this is probably not the game. If you want lots of loot and customization then this is not the right RPG. But if you are looking for an experience, then Nier Replicant will give you that in ways very few games out there can. For me, I know what I will be doing for the foreseeable future: trying to grow a Lunar Tear!

If you enjoyed this review be sure to check out more in Monster Hunter Rise Review: Better Than World and Cyberpunk 2077 Review: The Final Verdict.

8.5
Summary: Nier Replicant is an endearing, comfortably predictable story that turns out to be nothing of the sort. Relaxing afternoons fishing or cultivating and action-packed dungeons coexist to deliver an ingeniously conceived narrative that will stay with you for years to come, as you try and fail to stop humming the fantastic soundtrack.
Story & Setting (9.5)
Design, Visual & Audio (8)
Gameplay (8)
Replayability & New Content (8.5)
Pricepoint (8.5)