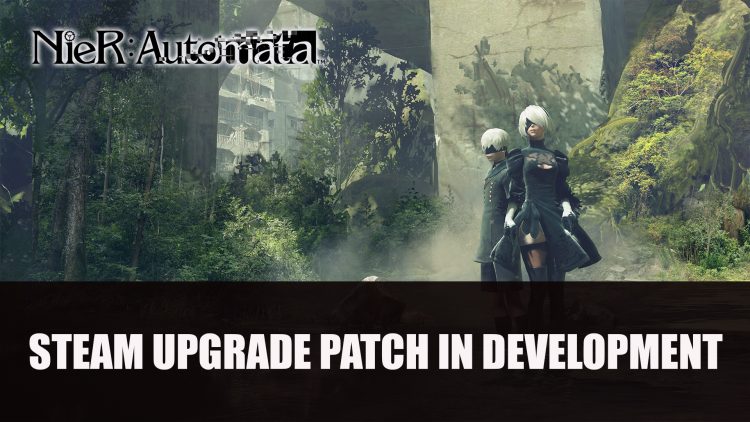 An upgrade patch for the PC Steam version of NieR Automata is now in development, confirmed by the NieR series’ official Twitter account.

Recently a PC version of NieR: Automata was released through the Microsoft Store and Xbox Game Pass as a new port, which fixed a number of issues that currently still exist in the Steam version. These fixes have yet to make it over to Steam, but news that it is in development is good news. Further details will be announced about the exact fixes and improvements that will be coming to the Steam version.

I played the Steam version on our Twitch channel last year, and also suffered a number of frame rate issues and crashes. While there are fan-made mods to help with these problems, an official update would provide a better experience for fans, especially if it comes straight from the developers themselves. It’s great it’s finally getting an official update, as it should be experienced in the best possible way.

An upgrade patch for the Steam version of #NieR:Automata is currently in development.

We’ll have more information to share with you at a later date. pic.twitter.com/gUPCLSwgyH

Another NieR title will be releasing this month which is NieR Replicant, a sort of prequel to Automata, which is considered a “version up” as opposed to a remake or remaster of the original game. NieR Replicant 1.2247448139…will be getting a visuals upgrade, releasing on PC, PS4 and Xbox One on April 23rd.

NieR: Automata is available now for PlayStation 4, Xbox One, and PC via Steam and the Microsoft Store.