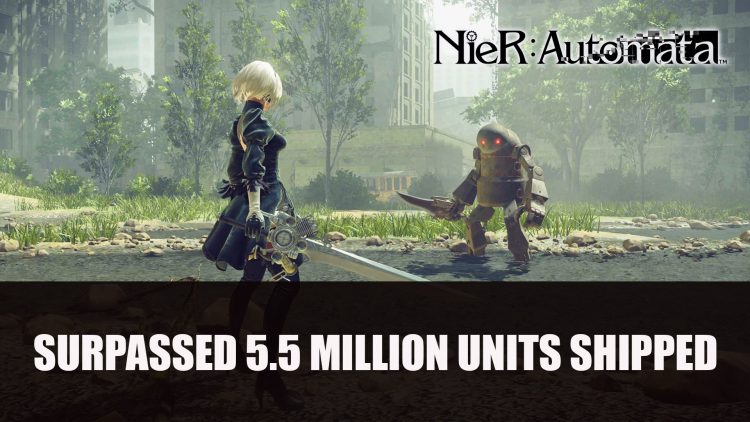 Square Enix has shared on NieR: Automata’s 4th anniversary, the Action-RPG has now shipped over 5.5 million units which include both digital and retail worldwide.

The cumulative worldwide shipment and download sales have exceeded 5.5 million units. Thank you for your support for 4 years. We are looking forward to hearing from you.

The next game to release is a remaster or upgraded version, Nier: Replicant Ver 1.22474487139… The game receives a graphics upgrade as well as provides a smoother combat experience which brings it closer to that of NieR Automata. The visuals have also be given a face-lift, taking advantage of the modern-day consoles’ capabilities. Replicant will be coming to PC, PlayStation 4, and Xbox One on April 23.

If you have yet to dive into the post-apocalyptic world of robots and feels, be sure to drop by our NieR: Automata wiki, or even if you’re playing through again you kind lots of useful info including all ending there.

For more news, be sure to check out next NieR Replicant Ver 1.22 Gets 9 Minutes Of Gameplay Featuring The Barren Temple and Elden Ring Receives Provisional Rating.