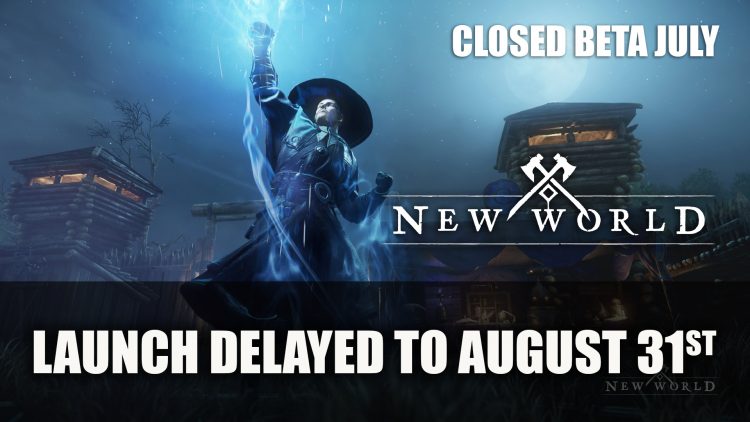 Amazon’s MMO New World has gotten its third delay, now launching at the end of August 2021. New details for beta have also been released.

New World’s Launch Gets Pushed to End of August 2021

Amazon Game Studios has announced they will be delaying the launch for the MMORPG New World once again in their latest blog post, moving the release date to August 31st, 2021.

The open-world game was previously announced to be delayed from May to August 2020, but was again pushed to a spring 2021 release date. This third delay is not a big of a gap as the previous delay, as it was previously slated for spring. The studio has explained they needed more time to work on end-game features, which they emphasise are “important to include at launch”. The post also shares that they have taken the feedback from the previous play tests to improve combat, quest variety, and introduce more weapons plus armor options, as well as overhauling crafting. They are also continuing to add mid-game and end-game content.

Many of the features mentioned will be made available for New World’s closed beta test, which will go ahead on July 20th. This will include the new Ebonscale Reach end-game zone, five-player instanced activities called Expeditions, and 20v20 PvP battles in Outpost Rush. Anyone who has pre-ordered the game will get access to the beta. Alpha testing will also continue in the upcoming months, with EU servers being introduced on March 30th.

New World is an Action-RPG all about the Age of Exploration, adding survival elements as players attempt to colonise Aeternum, a mysterious island. This MMO will have massive battles where up to 100 players can join, taking combat to the field. Join companies, build strongholds or go it alone in solo.

Earlier this month, Amazon CEO Andy Jassy shared the studio will continue to produce a hit game. Amazon Game Studios is currently working on New World as well as the Lord of the Rings MMO.

New World will now be releasing on August 31st 2021 on PC. For more on New World be sure to check out our Everything About New World, Amazon’s Atypical MMORPG.

For more news, be sure to check out next Outriders Will Be Available On GeForce Now During Demo And At Launch and NieR Replicant Ver 1.22 Gets 9 Minutes Of Gameplay Featuring The Barren Temple.