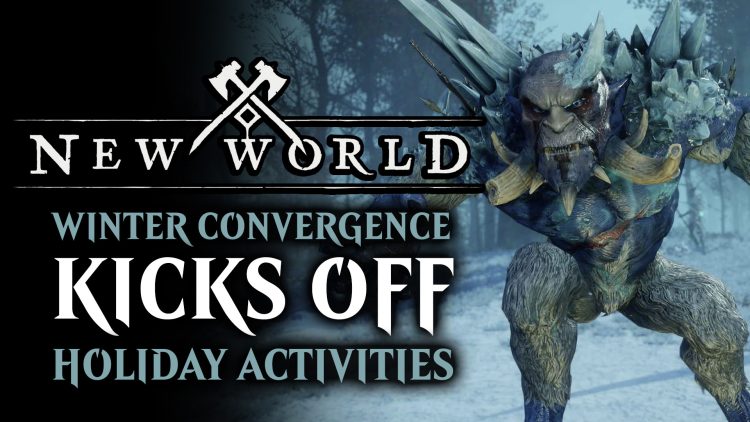 New World kicks off its winter festivities early with a new update, plus some developer Q&A.

Amazon Games is kicking off its game Update 1.8 with the incoming Winter Convergence Festival. Like most seasonal events, this one will bring along tons of in-theme locations, cosmetics, enemies, and more.

The development team also did a quick sit-down for a community Q&A. They discussed some burning questions that the player base has had for quite some time. Let’s dive into the specifics of how Aeternum will be celebrating its holidays!

To really get into the winter spirit, New World areas Everfall, Monarch’s Bluffs, Weaver’s Fen, and Brightwood will be getting a new icy coat of paint. They will become snow-bound and full of the usual holiday cheer. 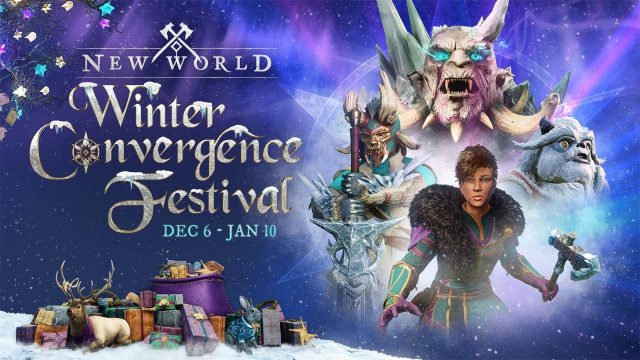 Specific cities in these regions act as the main hub for the event and have the Winter Wanderer NPC wandering around. The festive person will offer various holiday-themed quests. 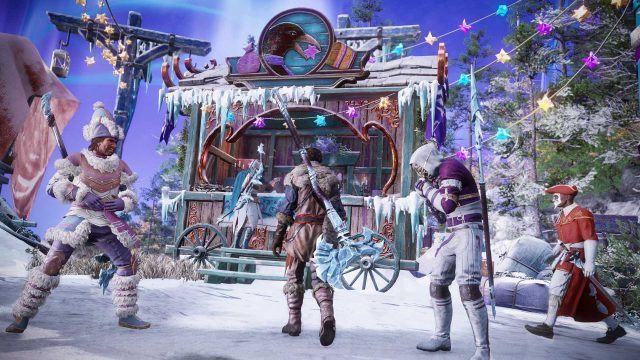 As a reward for undertaking these missions, players will earn Winter Tokens. These can be exchanged for various holiday-themed Weapons, Armor, Furnishings, Consumables, and Skins.

New to the New World holidays is the Winter Warrior, a massive ice giant. This World Boss will wreak havoc with his armies of Frigid Folk, bringing even harsher winds throughout the lands. Since this is a major foe to be felled, more than 20 players must be involved in its slaying.

The Winter Warrior has been said to be roaming the areas Great Cleave, Brightwood, Edengrove, Ebonscale Reach, and surprisingly enough, the Brimstone Sands. He must be quite uncomfortable in the new desert area. I wonder what’s so important there that they need to brave the harsh dunes?

The Mutated Mash-Up and Crafting Updates

One new activity that’s not specifically tied to New World’s Winter Convergence is a new Mutated Expedition. This dungeon will be comprised of a mix of the existing Starstone Barrows and Armine Excavation. How exactly these two would meld together is anyone’s guess, as both areas are quite distinct in their own ways. 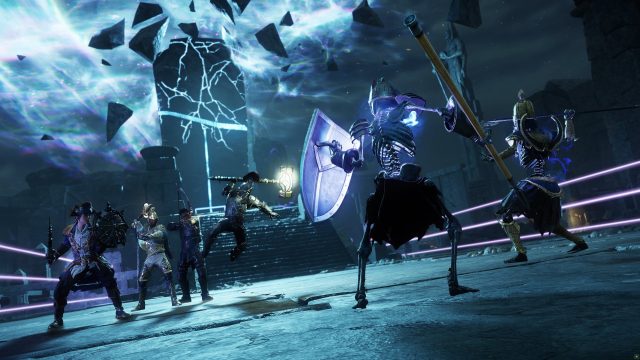 It looks as if this New World area will primarily take on the look of the Barrows, but feature the Armine Excavation bosses, Foreman Nakashima and Simon Grey specifically. 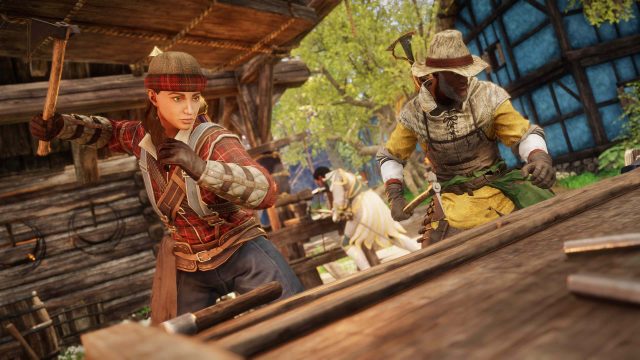 The Winter Convergence update will also add some improvements to the general crafting experience. Across the board, higher-tiered crafting recipes will have bigger discounts, freeing the currencies to be used elsewhere. Some specific craftables will also no longer be bound to tiers and can be crafted quite earlier.

Of course like with each update, the Winter Convergence will bring about tons of balancing changes and fixes for quests, weapons, and other parts of the game. There are quite a lot of tweaks and additions being introduced, so it’s best to look out for the updates on the New World Wiki. 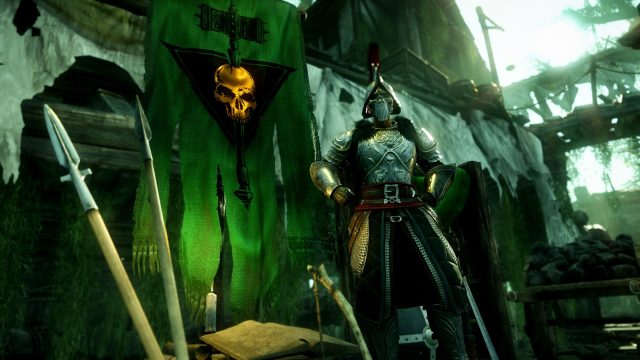 Yep, this is New World

The team’s Q&A session also revealed that they are trying to do their best when it comes to New World’s ongoing Roadmap. They are assuring fans that the changes presented here are not final, and are actually more likely to grow instead of shrink. These features presented are just those that they are confident enough that they know they can deliver.

Even the Brimstone Sands Are Getting Some Snow

We can also expect the next weapon set to be more support-based. We can’t expect to see Daggers anytime soon. Another huge win for the true end-game, fashion, is that skins will now be dyable in the new upcoming Transmog system.

Set Sail for the New World

The New World Winter Convergence Update should already be in full swing at the time of writing. Amazon Game Studios also announced that it will run up until January 10, 2023. This gives players just over a month to enjoy the chilly atmosphere, some warm cocoa, and perhaps a massive siege or two with friends.

Be sure to also keep tabs here on Fextralife, as we move into the holidays. We will definitely be looking into more winter-themed events, especially in MMOs. Tomorrow is also the highly-anticipated Game Awards 2022. There is sure to be a ton of news coming out of that as well.

For more news, check out Palworld Showcases Its Most Violent Pals in a new Reveal Trailer and Baldur’s Gate 3 Trailer To Be Featured at The Game Awards