Amazon has released details for server transfers as well as patch notes for 1.0.3 which includes reverted loot changes, new “Waiting” emote and more.

New World was faced with a number of queues especially during the first week of launch, with many players waiting to get into the game. Amazon Game Studios has shared they will be giving players an in-game title “The Stoic” and a new “Waiting” emote to show appreciation for player patience.

In order to gain the rather on the nose “Waiting” emote, players will need to get it from the in-game store in the “Emotes” tab for free. This emote is account-wide so you’ll only need to claim it once even if you have more than one character. 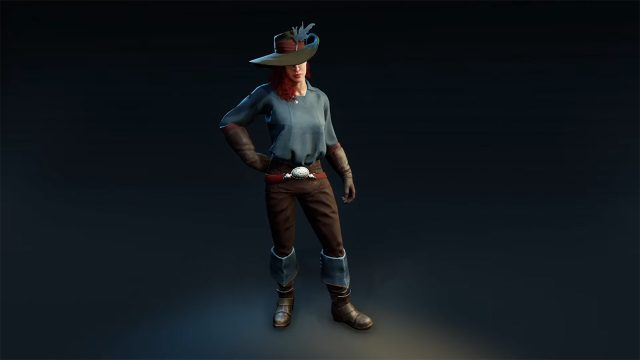 A major feature that players are awaiting is the character server transfers. Amazon has outlined in the post that they will be rolling out the first transfers to be available on the Utopia world server first in the AP Southeast region. This is to ensure that transfers go smoothly, and if all is well they will roll out more transfers for the rest of the AP Southeast region, while continuing to monitor. If that goes well, after 8 hours if no other problems arise they will fully deploy server transfers for all.

Players should note you can move your character only to a world in your region. But you won’t be able to move to a full world, a world in maintenance and any world set where you already have an existing character. So if you were hoping to have more than one character on the same world set, you can’t for now at least.

How to Transfer Your Character in New World

What Comes with Your Transfer

Things such as character progression including level, weapon master, titles etc. will transfer with your character. Other things such as inventory, storage, currency, houses, housing decorations and quest progress will also be transferred.

What doesn’t come with you transfer includes your Company membership, active Trading Post sell orders/buys, and your friends list in that specific world.

If you suddenly realise you don’t like the world you’ve transferred to, or made a mistake etc. you will need an additional token to transfer again. So far it looks like there will be only one token issued at the moment, but the developer will monitor the situation to see if another wave of transfer tokens are needed and make them available for purchase in the store.

The latest patch adds the final building blocks for server transfers. It also adds improvements to World selection UI, reverted chest/loot from update 1.0.2 causing too many refining reagents to roll from chest and more. There are also a number of bug fixes which include (finally) a fix for the annoying abandoning event notification which haunts you until you log out and in again.

You can check out the full list of fixes and improvements below:

Update: Our team was able to include a few other urgent fixes into this week’s update. The following issues have been fixed.

Additionally, we discovered that our fix for the issue with titles and achievements not always updating correctly will need some additional work, and we’ve removed it from the list. We’ll continue to work on a fix for this issue, and many more, to release in future updates.

The fixes listed below are tentative fixes and mitigations. Our goal is to get these changes out and see if issues persist, so we can continue to work on them and address in a future update if necessary.