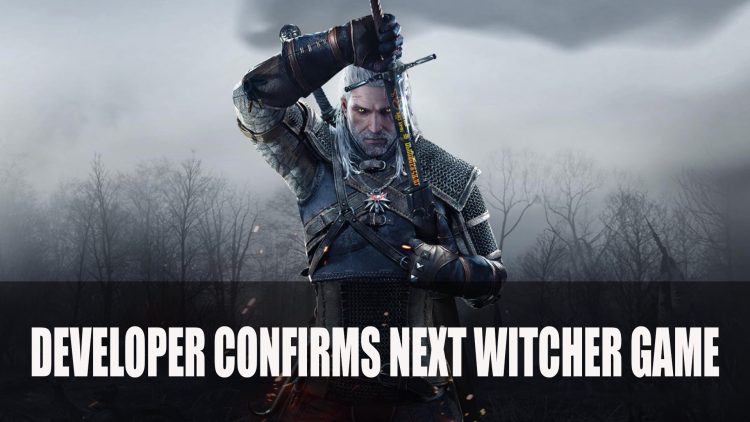 Developer CD Projekt Red confirms they will start working on the next Witcher title once Cyberpunk 2077 has been completed.

In a meeting with company president CEO Adam Kicinski with journalists (thanks to Eurogamer Poland), developer CD Projekt Red have confirmed their next move is to work on the the next Witcher, only it won’t be called The Witcher 4. This isn’t the first time they have talked about the continuation of the Witcher series, and the developer has explained that since the Witcher 3 was part of a trilogy, the next game couldn’t fall under that collection of titles.

What has been shared so far is that it will be a single-player game and that they have “created a relatively clear concept”. The team who are now making preparations for the game are a small team, but it’s two larger teams are  working on network mode and other additional features for Cyberpunk 2077. The project will start “immediately” after Cyberpunk 2077 releases.

Kincinski also shared that The Witcher and Cyberpunk 2077 are two gaming worlds that the developer wishes to continue making games for, meaning future planned titles will be based on The Witcher or Cyberpunk.

It’s great to hear that CD Projekt Red are raring to go with another Witcher game, and will continue to give players games for both these universes. The only question is what will be on the cards for the next Witcher? More Gwent? A Ciri concentrated title? Or something different entirely?

For more news be sure to read next  E3 2020 Cancelled Due To Coronavirus Concerns; Possible E3 Online Summer Event and Warhammer Chaosbane Free Character DLC Trailer. You can also check out out next Fallout 76 Designers Exceed Budget For Wastelanders NPC Dialogue.