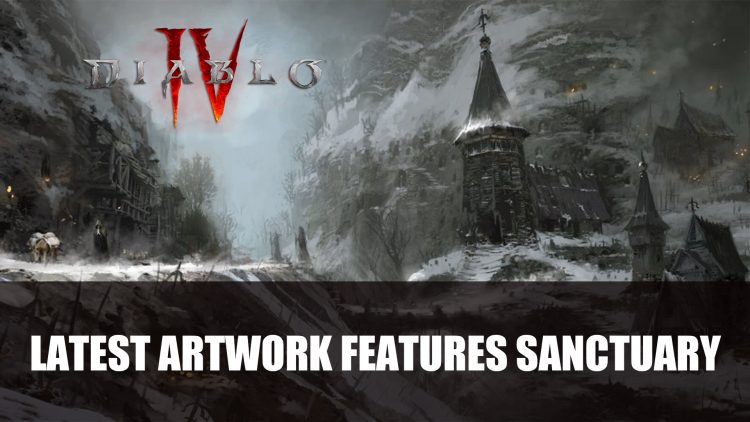 Latest Images for Diablo IV Show the World of Sanctuary

In a post on twitter, the official Diablo account shares some images for upcoming Diablo IV. The post also states that more will be shared as they update the Dark Gallery in the next few days. The latest batch of images shows the environment of Sanctuary. These range from dilapidated snow covered towns to overgrown forest regions.

Here are the images for those who are not on Facebook 🖤 pic.twitter.com/aOxf7t98DJ

The images are just as dark as the previously shared trailer, following quite the theme of despair. While there isn’t a release date for the game we do know the story will take place after the events of Diablo III and the destruction of the Black Soulstone. In the aftermath, Sanctuary begins to rebuild but another threat is regaining power.

Diablo IV will have five classes with three so far revealed, Barbarian, Druid, and Sorceress. There also some new features such as talent tree and no skill respec. You can read more about what we know so far in Everything We Know: Diablo 4 All Classes, Skills, Gameplay, Lore, Open World, Mounts!

If you want all the latest be sure to drop by the Diablo IV wiki.

For more news be sure to read next Playstation Now November New Games and Elder Scrolls Online Standard Edition Now 50% Off.