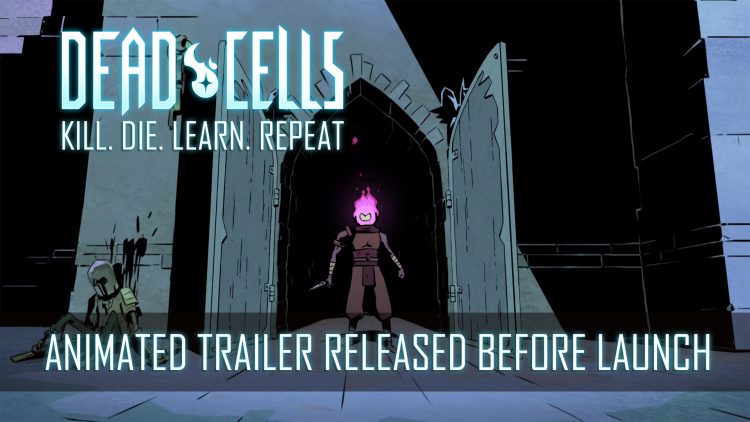 Motion Twin release new trailer for Dead Cells which is releasing tomorrow on August 7th 2018. The game sets to release on PS4, Xbox One, PC and Nintendo Switch.

The trailer features the tagline “Kill. Die. Learn. Repeat” reflecting it’s tough, rogue-lite gameplay where players will be challenged with numerous enemies as they explore an ever changing castle. The trailer created by Bobby Prod definitely gives life to the game of Dead Cells with some light humour to go with it. The animation also shows off various weapons as the player tests out each as well as some of the bosses.

Dead Cells will be launching August 7th for Xbox One, PS4, and Nintendo Switch. It will be leaving early access for PC via Steam and GOG as well on August 7th. Pre-orders are available via Amazon as well as Special Editions through Signature Edition.

If you want to know what’s available with pre-orders you can check out our Dead Cells Pre-Order Editions article for all the details. You can also find out what we thought of it in  Dead Cells Early Access Review – Love The Pain.