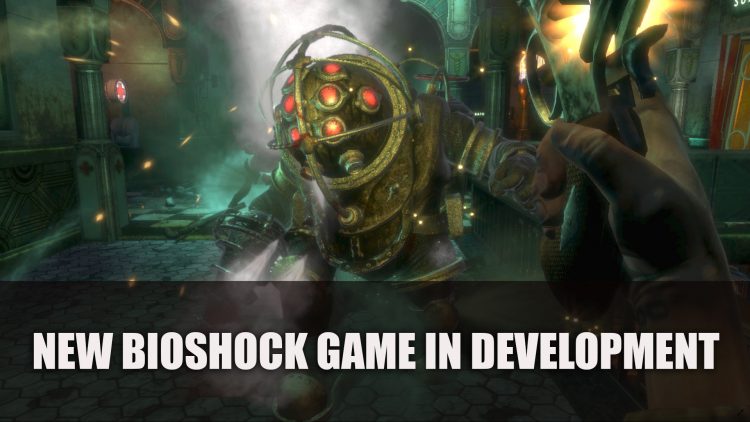 2K Games have announced they are working on the next BioShock entry, however it might be some time before it’s released.

In a report by Kotaku, 2K Games have shared they are in development with a new BioShock game back in 2015. Developer Certain Affinity who have worked on such titles as Halo and Call of Duty, was the developer at the time. However, about a year later 2K Games decided to end their project with Certain Affinity in favour of one of their own studios to work on the game.

After this, 2K began to expand with their new studio in Novato California, and started to work on BioShock. There were a number of position vacancies advertised a few years ago for an unannounced studio, leading most to believe it was for BioShock. News today has confirmed this as the developer Cloud Chamber are now working on the entry.

The new studio is lead by Kelley Gilmore, a developer who has worked on the likes of XCOM and Civilization under Firaxis. She has issued a statement in a recent press release:

We founded Cloud Chamber to create yet-to-be-discovered worlds – and their stories within – that push the boundaries of what is possible in the video game medium. Our team believes in the beauty and strength of diversity, in both the makeup of the studio and the nature of its thinking. We are a deeply experienced group of game makers, including many responsible for BioShock’s principal creation, advancement and longstanding notoriety, and honored to be part of the 2K family as stewards of this iconic franchise.

The president of 2K, David Ismailer also echoed this sentiment by sharing:

BioShock is one of the most beloved, critically praised and highest-rated franchises of the last console generation. We can’t wait to see where its powerful narrative and iconic, first-person shooter gameplay head in the future with our new studio team at Cloud Chamber leading the charge.

Details about when we can expect to see this title hasn’t been revealed, but the mention of “last console generation” by Ismailer probably means its full steam ahead for next-generation game development. It could be quite possible that the next BioShock may end up on newer platforms such as Stadia. In an interview gamesradar, Kelley Gilmore shared that although they acknowledge how much the gaming experience has changed in the years after BioShock Infinite, there isn’t a “one-size-fits-all” when it comes to online interaction and replayability:

This is another area of our industry that continues to evolve as players are looking for more from their gaming experiences. There isn’t a ‘one-size-fits-all’ solution, so it will be incredibly important early in our development process to listen to our audience and understand what they’re hoping to see in the next BioShock. 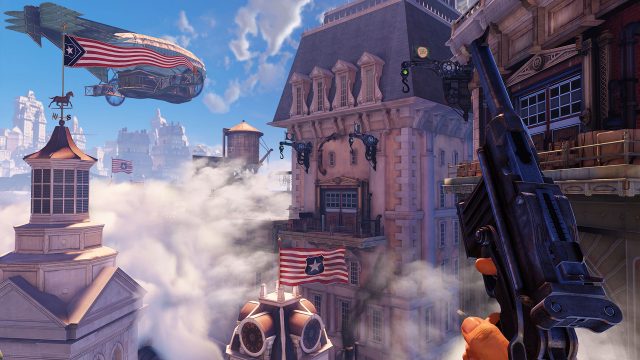 BioShock Infinite is set in a city above the clouds

The last BioShock entry, Infinite took players to city above the clouds in a futuristic yet steam punk setting with puzzles, skill tree and first-person shooting. Where they will be going next is a question I hope they answer soon. Which was your favourite BioShock and where do you hope they’ll be going next? Let us know in the comments below.

For more news be sure to read next Final Fantasy VII Remake Will Be A One Year Timed Playstation 4 Exclusive and The Surge 2 Jericho’s Legacy Gear Pack DLC Releases December 10th.