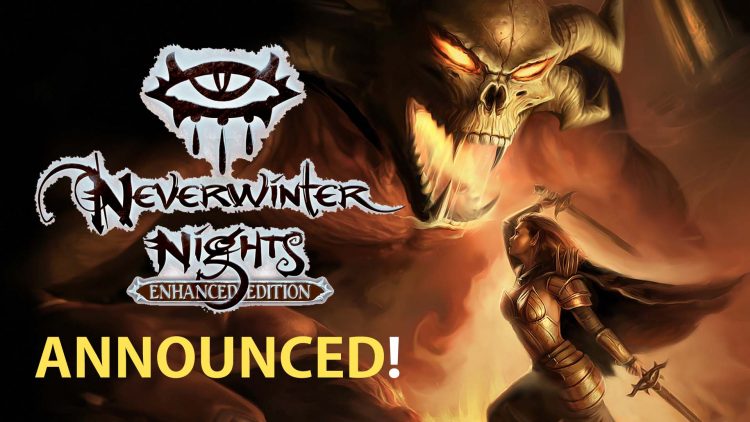 Comprised of ex-BioWare employees and known for bringing classic RPGs into the current generation, developer Beamdog has just announced an upcoming ‘Enhanced Edition‘ of the over 15 year old Neverwinter Nights  CRPG.

Originally launched in 2002, Neverwinter Nights  was developed by studio BioWare and was met with critical-acclaim. The game was praised for its campaign, gameplay and graphics at the time.

This remaster will feature improved visuals, UI scaling and support for old save data, mods and modules from the original release.

Beamdog has also shared that pre-order for the Enhanced Edition begins today  with its “Head Start” programme, which allows players to try out an early version of the game with a price tag of $19.99 USD.

Furthermore, the developer will be hosting a live-stream on Twitch later today at 12:00 PST, showcasing Neverwinter Nights: Enhanced Edition.

The bugbear's out of the bag! Join us at noon PST Nov. 21 on #Twitch (https://t.co/MTxjfuCw5K) as we introduce #Neverwinter Nights: Enhanced Edition to the world. #NWNEE pic.twitter.com/FKph5I9mgE