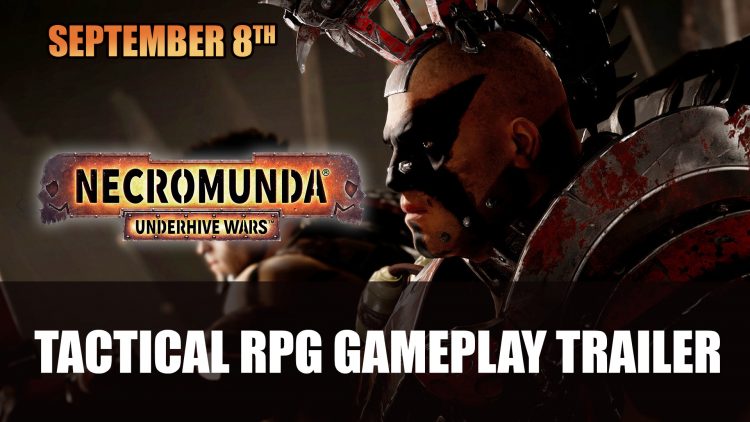 Necromunda: Underhive Wars developed by Rogue Factor has unveiled a new trailer featuring gameplay from the tactical RPG. The title is based on the tabletop of the same name, which was created by Games Workshop in 1995, a skirmishing spin-off from their Warhammer 40,000 franchise.

In this tactical RPG players will not be facing huge battlefields with entire armies and machines, instead Necromunda puts players into a warring world of gangs in search of treasures and dominating the universe. You will get to grow your very own gang of Eshcer, Goliath and Orlock. Each member of your team can be specialised and sent into battle, encountering some dangerous dystopian environments.

Use the terrain to your advantage, climb walkways to gain higher ground, set traps for unsuspecting enemies and ambush foes to engage in bloody close range attacks. Necromunda includes a number of new skills to learn, loot to equip, and your even bring your gang to fight online in 4-player fights. Take on three games modes, story campaign, operations and multi/single-player skirmishes.

You can check out the trailer and key features below:

Necromunda: Underhive Wars will be launching on Playstation 4, Xbox One, and PC on September 8th. Pre-orders are available on Steam and Xbox One, currently 20% on Steam until September 14th.