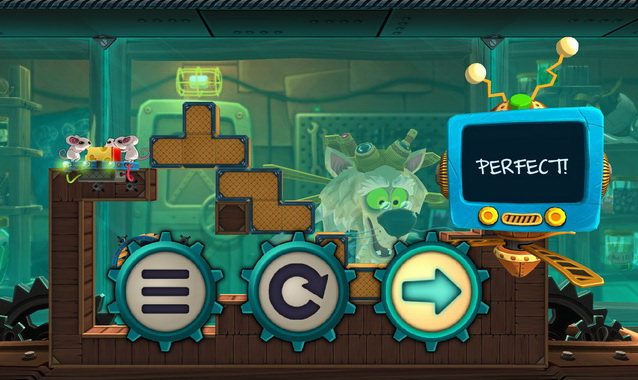 Mousecraft is the latest game by Crunching Koalas, a small indie studio from Warsaw, Poland.

The game tells the story of a cat scientist named Schrödinger that uses his experiments with mice to gain blue crystals that he can sell to get more money to fund further experiments and build a mysterious mice powered machine.

The gameplay is quite simple. It’s a cute hybrid of Tetris with Lemmings where the player has to guide 3 mice to a cheese trap, making the mice collect the blue crystals and other items on their way there. The 3 mice keep moving in one direction until they reach an obstacle, then they change to the opposite direction. By rotating and placing “tetrominos”, pieces with shapes like Tetris pieces, the player can make the mice reach areas that would otherwise be unreachable. 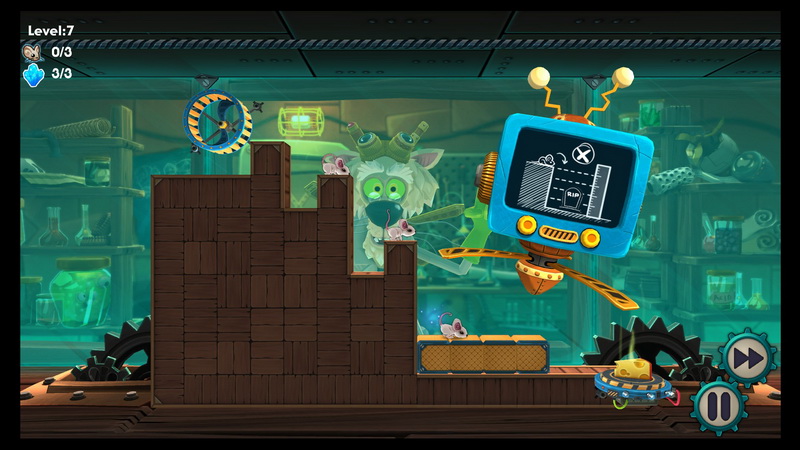 The mice can jump the height of one block and will die if they fall fom higher than 3 blocks. As the game progresses more tools and special pieces become available, like bombs to explode “tetrominos” blocking the path, jelly “tetrominos” that soften the landing of big falls, crumbling “tetrominos” that degrade as mice walk over them, and several others.

Levels get more and more complex as the game progresses and some can be a bit frustrating until you finally realize the solution for the puzzle. 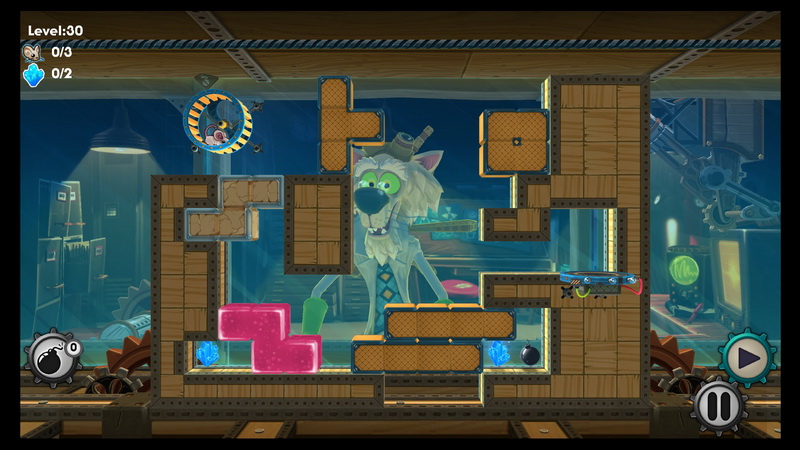 There are a total of 80 levels and levels are rated by the number of blue crystals obtained and number of mice that reach the cheese. Giving the game some replayability for the perfectionists.

With crossbuy between Ps3/Ps4/Vita it becomes even more attractive, since you can upload your save to the cloud and download it on the Vita and continue guiding your mice wherever you go!

The game also features a level editor, so you can unleash your creativity and create your own levels. Sadly there is no feature to share them with other players.

Graphics are “cartoony” and colorful, and the background music is adequate. Not very distracting and nothing that will make you pay much attention to it either.

If you are still in doubt, just watch this short video showing Mousecraft simple and fun gameplay:

If you love puzzle games, cats and cute mice, then Mousecraft is the game for you!