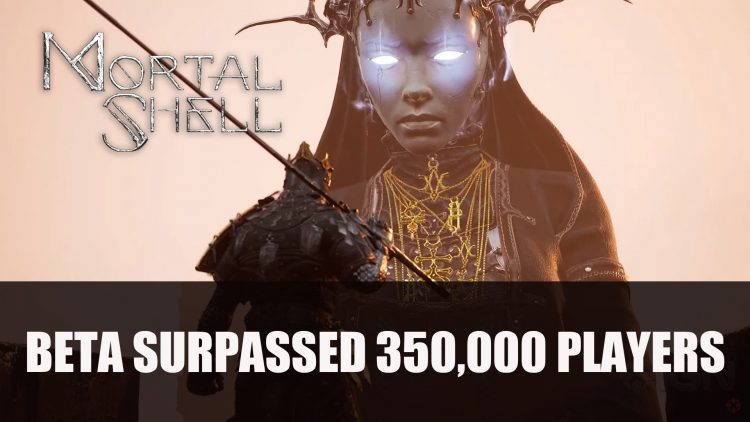 The Action-RPG souls-like Mortal Shell received over 350,000 players during the beta.

Developer Cold Symmetry held an open beta for the challenging dark action-RPG Mortal Shell, where over 350,000 took on the open beta. Originally the developer had planned to keep it closed beta, but after seeing the public demand, decided to open it up for those who wanted to try out the combat. During that time, over five million people watched it streamed on Twitch and Youtube. Other fun facts include the merchant Vlas‘ cat was stroked over 150,000 times, that’s a lot of strokes.

We also got to have a livestream with the developers on our Twitch channel as well as streamed the beta. If you’re curious to learn more about Mortal Shell you can check out the gameplay on our Youtube channel. We also dive in to the 10 Beta Secrets that we discovered.

These are positive numbers for the title, showing there a lot of interest out there for this title.

We have been overwhelmed by the response to our beta. Thank you to everyone who jumped in and gave feedback and reports on the game.

We can’t wait for everyone to get their hands on Mortal Shell later this year! ?? pic.twitter.com/bXWBx4Tutd

Mortal Shell is set to release on PC via Epic Games Store, PS4 and Xbox One in Q3 2020. It will later release on Steam in 2021. Want to know more about Combat, Shells, and more? Be sure to drop by our Mortal Shell wiki for all the latest.