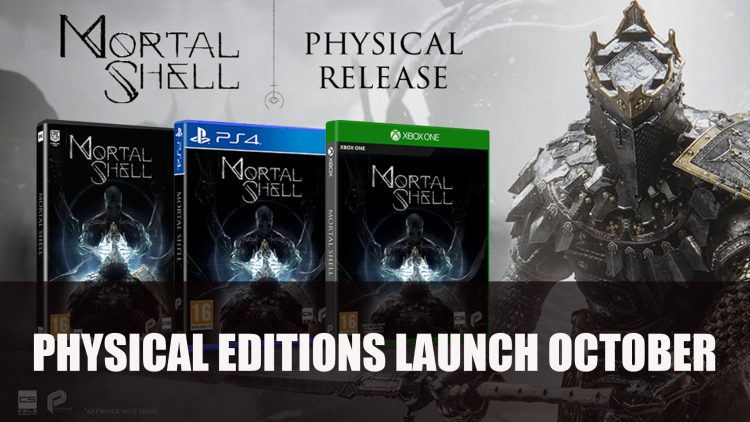 Upcoming souls-like Mortal Shell will get physical editions releasing this fall for PC and consoles.

Mortal Shell Will Get A Physical Release this Fall

Mortal Shell is not far away from its launch date for the digital version, as it releases on August 18th for PC and consoles. Now the developer Cryptic Studios have announced via the official Mortal Shell Twitter account that the challenging souls-like will get physical editions this October.

Mortal Shell fans will be able to get their hands on PS4, Xbox One and PC physical editions for $29.99 on October 2nd 2020 in both Europe and North America.

We’ve been stunned by the number of requests for a physical release of Mortal Shell. Today we’re delighted to answer those requests.

The physical edition comes with the game itself, a fold-out poster with artwork from the game and softcover artbook with concept art and illustrations. PC fans should note while PS4 and Xbox One will be shipped with discs, the PC version will come with a key for game which can be redeem on the Epic Games Store.

Mortal Shell will be available on the Epic Games Store, on the Playstation Store and Xbox Games Store launching August 18th. The PC version is a time-exclusive on Epic and will later be releasing on Steam in 2021. Physical editions will be available from October 2nd from retailers for all platforms.

If you’re interested to find out more about this dark fantasy Action-RPG you can check out our gameplay on our Youtube channel and also drop by our Mortal Shell wiki for all the latest.