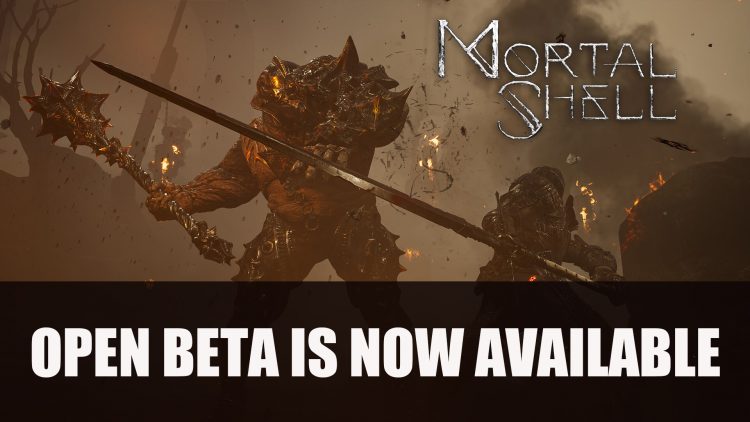 Cold Symmetry have now open up their beta to all, for the souls-like Action-RPG Mortal Shell.

Cold Symmetry have now unleashed the open beta for their brutal Action-RPG Mortal Shell on the Epic Game Store. The developer has decided to move into an open beta after feedback from players according to their discord:

We heard that a lot of you were feeling left out and frustrated with how we were handling key distribution. We have tried our best to keep up with requests, but we never expected this level of high demand. So we have decided to open the PC beta early, and it’s available right now.

This souls-like brings its own flavour to the genre, as players will take on the dark world while adopting different Shells which grant a number of skills and special abilities. Combat is shaped by the shell you inhabit and warriors you choose to awaken.

During the open beta players will get to try two shells, Tiel and Harros. Tiel is of The Acolyte, using stamina and mobility to its advantage, plus a unique shadow mechanic. Harros on the other hand will provide a good balance between defence and attack.

Interesting features include you can even be “knocked out” of a shell, which occurs when your HP reaches zero. This leaves you fairly vulnerable with only 1 HP out of a shell, which could mean death. Climbing back into your shell is possible, but only for a certain number of times. You will also need to explore the areas without the use of minimap and won’t have access to fast-travel right away, which sounds like true souls fashion.

If you want to see more of the gameplay in action be sure to check out the video below:

Mortal Shell is currently in closed beta and will be releasing in Q3 of 2020 on PC via Epic Games Store, PS4 and Xbox One.

Interested in unearthing some intriguing secrets for the Mortal Shell beta? Check out our Mortal Shell: 10 Beta Secrets video. For more RPG news be sure to read next Horizon Zero Dawn Comes To PC In August.