In this Mortal Shell Guide we’re going to be taking a look at the Eredrim, the Venerable Shell, which is the last Shell players will acquire within the game. I’ll be providing tips on which Skills to take, which Weapons work best with this Shell, and who should be using this Shell in their first playthrough based on its playstyle. If you’ve been wondering if this is the Shell for you, or how to best utilize it, read on to find out.

Eredrim, the Venerable is likely the last Shell you will find in Mortal Shell, and he can be found laying just outside the Eternal Narthex which is just past Fallgrim Outskirts. It’ll cost you 500 Tar to reveal his name, Stats and his Skills, and this should be the first thing you do after acquiring him. This can be done by Sester Genessa inside the broken keep in Fallgrim. 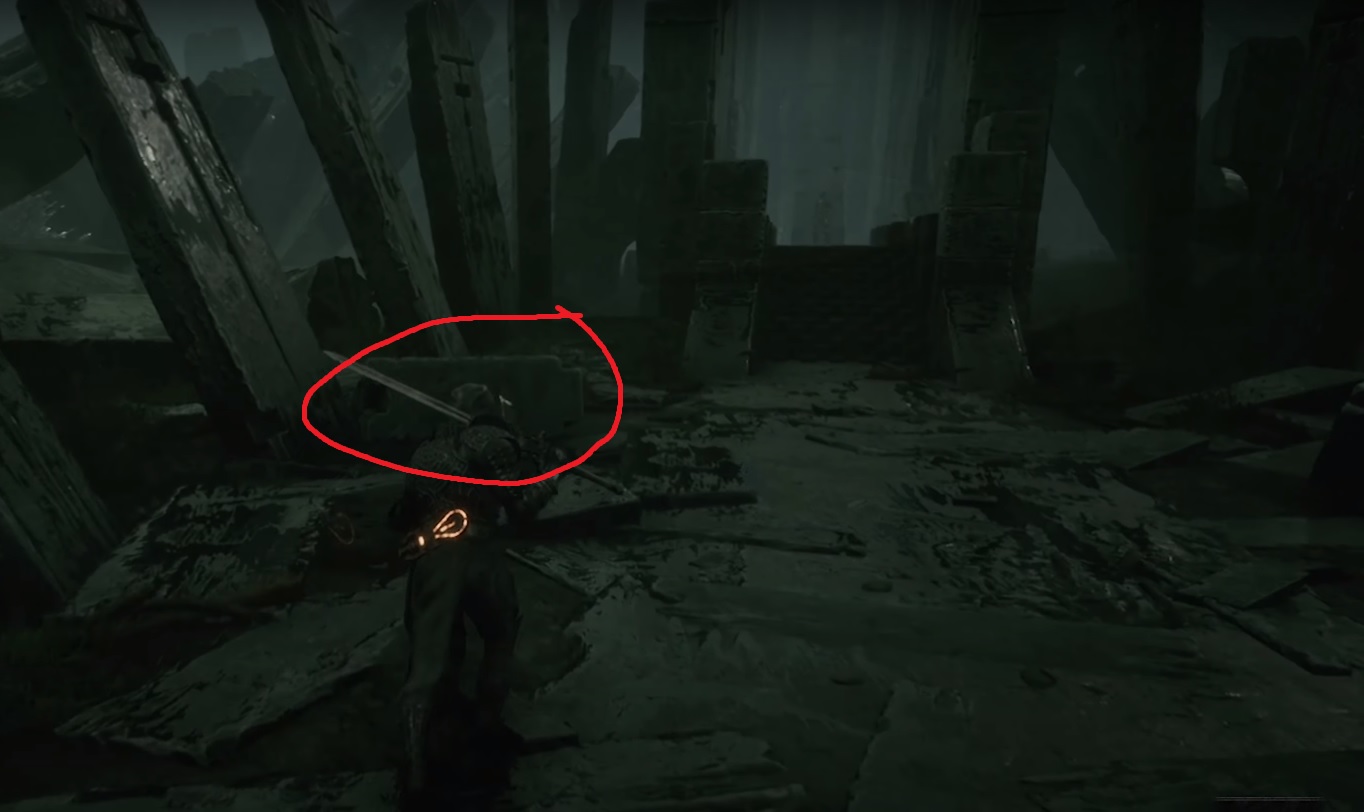 Eredrim has the highest Durability in the game, making him the hardest to kill. He can actually boost his Health even further with the Accretion of Endurance passive, which is a bit outrageous. If you’re looking for a tanky character that allows for a lot of mistakes, Eredrim is not a bad choice.

Eredrim has the lowest amount of Stamina in the game, and this can make him more challenging to use because you have to pay a lot more attention to his Stamina. However, this is somewhat mitigated by the fact that he has a couple of passives that boost his damage. This allows him to kill things a bit faster than other Shells, which means he doesn’t need to spend as much Stamina. These don’t help him much in Boss and Mini-Boss fights though, where the Health pools are much much higher, and things don’t die quickly.

Eredrim has 3 bars of Resolve, which is the second lowest, just above Tiel. Additionally, he has no way of passively increasing the amount of Resolve he gains, so if you’re a player that relies on Parries and Weapon Abilities then this likely isn’t the Shell for you, and you’d be better off with Harros or Solomon.

Which Eredrim Skills to Take

Once the Skill tree is unlocked you’ll get to see just which Skills he possesses, and looking over them you’ll notice immediately that Eredrim’s speciality is in boosting his damage. His most powerful Skills deal with this mechanic, which is one of the more powerful in the game, and helps to offset his lack of Stamina. If you like having high Health and high damage, then this might be the shell for you, if you feel like you can complete things with the basics combat mechanics and rely less on Parries and Weapon Abilities.

Accretion of Endurance – Accretion of Endurance is the first passive I’d recommend taking on Eredrim, not only because it’s cheap, but because 15% is a substantial increase to a Shell that already has a lot of HP. Additionally, you tend to get hit more often at the beginning of the game when you are first learning the mechanics, and this can help you stay alive while you’re still learning. You’ll need this less as the game progresses, so take it early and enjoy its benefits while you need them most.

Accretion of Resolve – Accretion of Resolve gives you 1 extra damage per 10 stacks, up to a maximum of 10 extra damage, which lasts until you swap Shells or are knocked out of your Shell. Since you do around 10 damage roughly at base weapon level, this can double your damage on an un-upgraded weapon, but you likely won’t live long enough to kill 100 enemies in a row when first learning the game. By the time you take this your weapon should be upgraded a bit, so this should give you about a 20-50% boost in weapon damage at 100 enemies killed. However, this falls off in NG+ since the damage added is flat, and enemies have more health.

Accretion of Inheritance – Accretion of Inheritance is an excellent skill that will increase the damage you deal against enemies you are fighting alone. This helps with the harder enemies in the game, since they are usually alone, and can speed up encounters with one off enemies that you can kill quickly. Save up for this one and take it third.

Recollection of Death – Recollection of Death is a great Skill to take on any Shell because it allows you to regain “Last Chance” if you’ve lost it, which means you can be knocked out of your Shell once more before actually dying. By the time you grab this Skill you likely won’t need it as much as you once did, but it still comes in handy because mistakes get made. Take this one 4th to get some use out of it in the latter half of the game.

Most of Eredrim’s other abilities are not overly useful. Gaining a 5% damage reduction after killing an enemy is nearly useless, and gaining extra poise damage sounds nice but in reality you usually don’t even need this to dispatch most enemies anyway. But do make sure you get them all, and then speak with Sester Genessa afterwards, as she becomes a merchant that sells some items that you will 100% want!

Which Weapons to Use with Eredrim

While Eredrim can use any weapon in Mortal Shell if he manages his Stamina properly, some Weapons are better than others for Stamina management. For instance, the Martyr’s Blade uses a ton of Stamina, and while you can often kill enemies in one or two hits with it, Eredrim may have trouble when facing multiple enemies, so I don’t recommend it. Additionally, because of the Accretion of Resolve ability, Eredrim will gain up to 10 extra damage per hit. This means ideally he’d use something fast swinging, like the Hammer and Chisel or the Hallowed Sword to get the most of this ability.

The Hammer and Chisel has the fastest attack speed in the game, so Eredrim will get the most benefit from using it, and it costs less Stamina than other Weapons on average. However, you won’t see much of this benefit until you are confident in your ability to not be knocked out of your Shell, so you can wait to use this Weapon until this is the case. 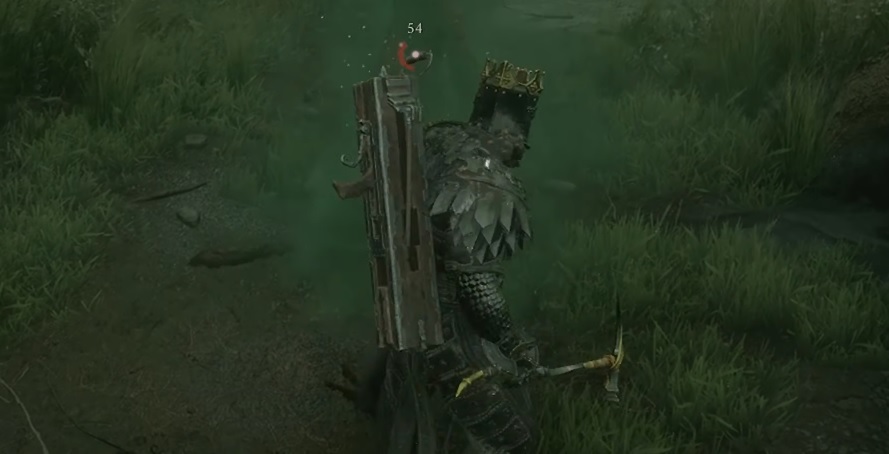 The Hallowed Sword is a great choice as well, since it’s relatively fast, and gets in a lot of hits. Since you’ll have it from the start of the game, you should be most comfortable with it, and this can allow you to see the most benefit from Accretion of Resolve early on. Consider using this one and then swapping to the Hammer and Chisel once you get them, and have a bit better understanding of the game.

Eredrim is not a bad choice for new players or veterans, but his damage abilities get less and less effective as you progress the game and you upgrade your weapon more and more. For this reason, I’d highly advise that you don’t use him in NG+ and onward, but rather use him to learn mechanics of Bosses or mini-bosses that hit hard. His huge Health pool will allow you to take hits and stay in the fight long enough to learn what their attacks are.

If you can learn to use Eredrim well then you should have no problem with any other Shell in the game. His low Stamina makes him much harder to master, but once you do, all other Shells will seem easy by comparison. If you choose this Shell you might have a harder start to your game, but he is very powerful once you learn the mechanics of Mortal Shell.

If you liked this article, be sure to check out our other guides on the other 3 Shells, as well as our Getting Started Guide and Boss Guides. And, if you need help figuring something else out, like the location of certain items, be sure to stop by the Official Wiki and get the help you need!