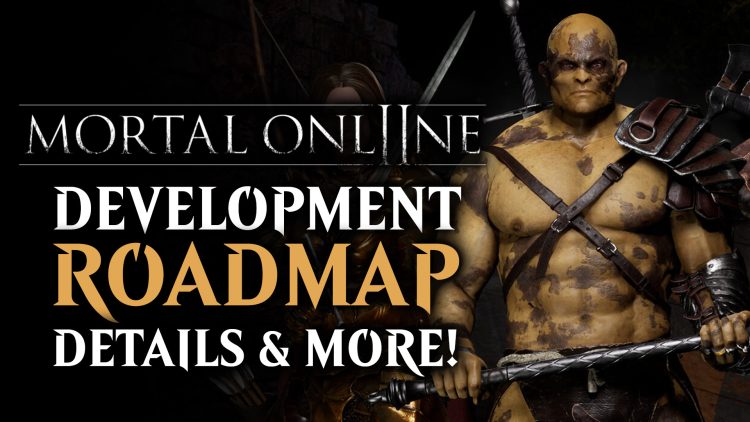 Mortal Online 2 CEO Henrik Nystrom revealed details on the hardcore MMO’s development plans in a Twitch Stream. The roadmap provided information on the different features, which would be released per sprint, although no exact dates were given.

The new roadmap features a total of 5 sprints, each with focus areas such as a brand-new experience for up-and-coming players, a new dungeon, and a Siege System, to name a few. They did not confirm yet how long each sprint will be, but Nystrom did briefly mention that the first one is nearing the testing phase.

Due to the persistent feedback from the community, Star Vault AB has decided to focus on these topics to be rolled out in the next coming months. They are already planning to start with Sprint 1 in the next patch, specifically the Combined Tool update.

This paves the way for the Keg System in which Alchemists can now store potions in a large container rather than placing them in several at a time. It reduces the number of items to be managed, allowing them to focus on crafting potions instead. Furthermore, with the Combined Tool, you can craft your very own campfire as well as create artifacts to come up with better-quality weapons and armor.

Good thing this handy new tool was invented so that players no longer need to have dozens of unnecessary systems at play, especially for item management and crafting.

One of the biggest updates that Mortal Online 2 players can look forward to include the Pet Follow System, Beast Mastery, and new Mounts. First off, pets will be able to follow you regardless of how fast you travel. This should get rid of any annoying patterns that may emerge from companions not moving at the same speed as you. It will also ensure that your favorite pet no longer gets left behind and all alone. You monster.

Second is the polished Beast Mastery where new abilities will consistently be introduced in the MMORPG in succeeding patches. For example, if you have mastered the art of taming and you have a cobra, you can now issue special commands to deeply wound the enemy. Or you can make it move faster. Your choice.

Mortal Online Pets Will Keep Up with their Masters

To make the world of Nave a more living and breathing world, the developers have decided to incorporate the real-life actions of animals. This also adds further depth to the player experience. Hopefully, this means fewer rabid wolves mucking about, and more realistic behaviors.

Unlike the first game where you would sit back to watch your animals attack hostile creatures, there will be player involvement. Your abilities will synergize with that of your beast in combat. And in order to be a good tamer, you must become a decent beast master as well. 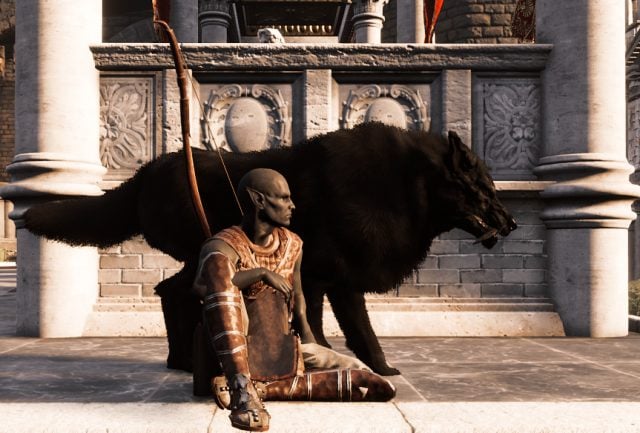 Finally, you can expect new and powerful mounts in Sprint 3. The goal here is to create armor specific to these creatures and to equip them with bags for additional inventory space.

Mortal Online 2 will become much more populated than before with the introduction of additional points of interest. These could potentially mean anything from new encounters to totally unique landmarks. The latter could definitely help players who prefer not to use any maps to navigate and have points of interest be the “anchor” points in which they compute the relative distance. Speaking of POIs, a whole new style and focus for dungeons will be done as well in Sprint 2.

More Points of Interest Will Start Dotting the Lands

What’s more, is the expansion of mage-like classes since they will reap the benefits of casting more spells. As such, there will be more hot bar options to accommodate these additions. So if you’re thinking of becoming a fully-fledged wizard because of the spells you can use, then you won’t have to wait any longer (well, at least until Sprint #1 comes along).

Even Farther Down the Mortal Online Line

Much later on, in Sprints 4 and 5, are some new updates that should help in both the immersion as well as the PVP content. We have simple things such as enhanced Pet Navigation in Homes, and additional Alchemy Effects. 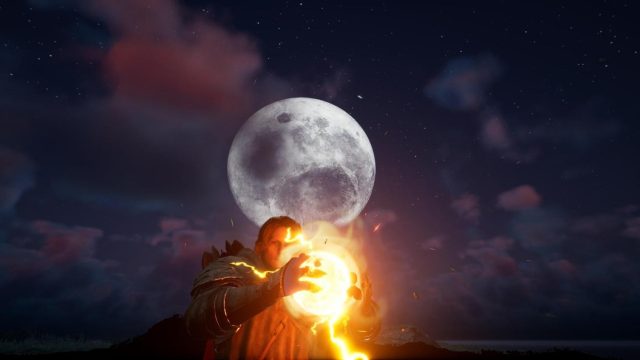 Won’t Anyone Think of the Weather?

Even a weather system will be introduced. Hopefully, this can shake things up more, and not just visually. Perhaps different harsh weathers can have negative and positive effects on combat and exploration and can shake things up for even experienced players. 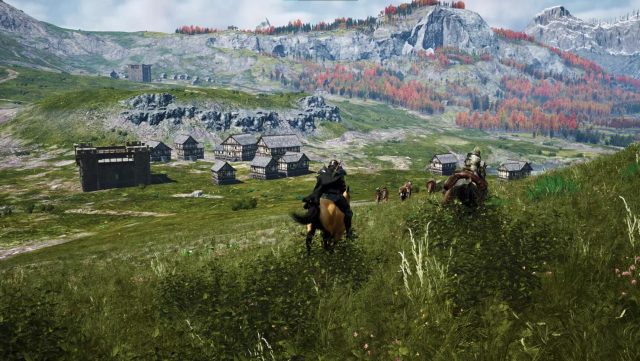 In terms of fighting other players, the Territory Control Updates and Siege Systems will be looked at in Sprint 5. Territory Control systems have been paused at the moment to focus on fixing bugs and server issues. 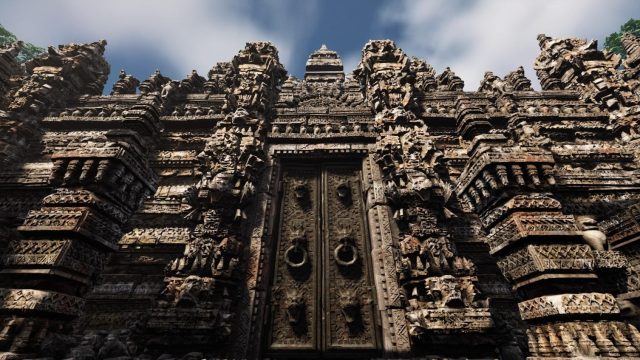 You Will Need Siege Weapons to Attack this Structure

Siege weapons used to (forcibly) take control from others will be improved versus their Mortal Online I counterparts. The Aim, Shooting, and Mobility of these coveted tools will be improved across the board. Their use will be more tactical and precise. Since these weapons are huge structures in themselves, they will need the cooperation of multiple people in order to fully utilize them. A team of four will be ideal, but two strong enough individuals will suffice in a pinch.

Epic Loot and Where to Find Them

The re-release on the Epic Games Store is quite a way over the horizon from now. The biggest part of this spring would be the migration from Unreal Engine 4 to the new and shiny Unreal Engine 5. Changing entire game engines will be a monumental feat, but some developers have confirmed that the migration from UE4 to UE5 should be much easier than moving from a different base entirely. 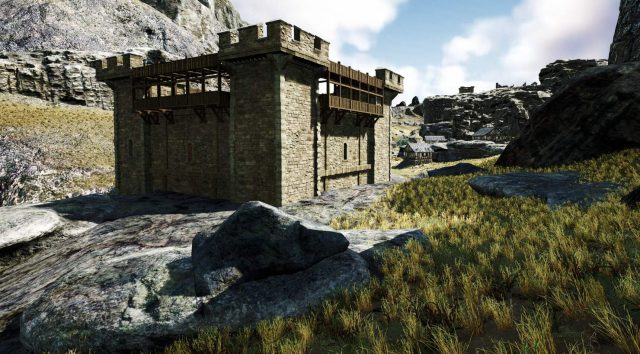 Along with this, backend things will be implemented, such as improved server capacity. This will be a much-needed feature considering that a re-release on Epic could mean a huge resurgence in player count.

Move Over, Spearman! Mages Will be More Viable!

There will also be changes to the New Player Experience, which should help alleviate the feeling of being lost in a vast ocean. Hopefully, they get to implement some small milestones that can nudge newbies in the right direction, and not into a pack of wild bears right out of the gate.  A Notice Board, as well as an in-game Guild Recruitment feature, will also be added in as well, for good measure.

Demolishing Homes Will Soon Be an Added Feature

Even further with the Epic release will be the addition of Night Vision as well as enhancements to Thievery game systems. Citizen (or NPC) behavior will also be added so as not to have them stand in place for all eternity.

Mortal Online 2 is an extremely hardcore fantasy simulation. Our coverage of the game back in December 2021 highlighted its intricacies in crafting and skill systems. The title is definitely a step in the right direction in the open-world sandbox genre, though its complexity can be a deterrent for some players. Much like other titles in the genre, it will be up to the player (or a Wiki) to figure out the best way to approach problems.

At present, the game has a steady 1,100 – 1,500 average player count on Steam. It is also one of the games that aim to make use of Unreal Engine 5, just like the upcoming Witcher 4 and Witcher Remake. Want to know more about the game? Check out our preview of the sandbox MMORPG next.