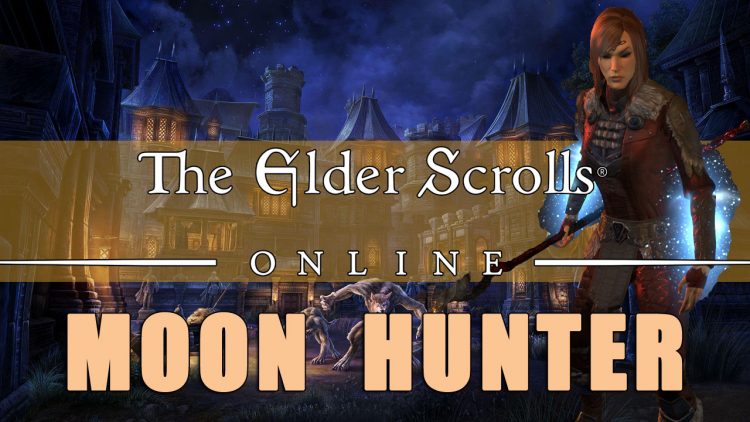 Welcome to another installment of a segment where we dive into one Elder Scrolls Online’s many Sets, and explore what sort of Builds you can make. Not only will we show you how to get the most from these Sets, but we’ll explain where to get them, what requirements there are to obtain them (if any), and everything else you could possibly want to know about them. In this article we take a look at the Moon Hunter Set, which will be used predominantly by players in PvP. 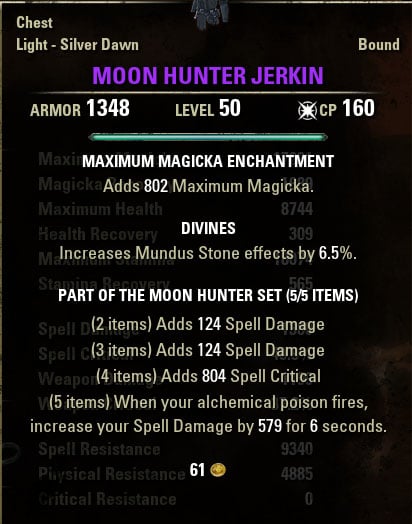 This number reaches 600 at Legendary quality, and Poisons have a 10 second cooldown, so this set has effectively 4 seconds of down time.

An Introduction to Moon Hunter

This Set was added to the game with Update 19 Wolfhunter, which launched in August of 2018. The biggest changes to come with this Update were to Werewolves and the nerfing of Snaring and Defiling effects. Moon Hunter can be obtained by running the 4-man Dungeon Moon Hunter Keep, which requires the Wolfhunter DLC as this Set is bind-on-pickup and cannot be acquired from other players. The Style of this Set is Silver Dawn, which will be obtainable in Update 20, when its Motifs are added to the drop pool of the Moon Hunter Keep final boss on Veteran difficulty.

Since this is a Dungeon Set, you can get Weapons, Shields, Armor and Jewelry, but the Armor will always come in Light. The Traits on this Armor are random, so you may have to farm several times in order to get the ones that you need, but the Jewelry for this Set comes with the Arcane Trait. Keep in mind that you can use Transmutation to change Traits if you wish, but you will need the Summerset expansion if you wish to Transmute Jewelry.

Moon Hunter increases your Spell Damage by 600 for 6 seconds each time your Alchemical Poison fires. Since Poisons have a cooldown of 10 seconds, this means the most you can have this active is 60% of the time, and it is likely even less, due to the fact that once it comes off of cooldown you still only have a 20% chance to proc it. There is not way to extend the duration of this Set and it is not affected by Jorvuld’s Guidance. 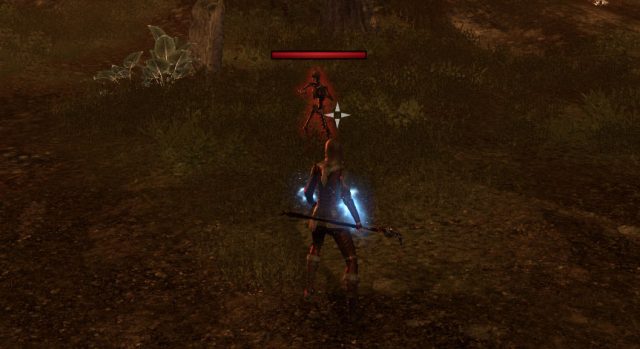 Alchemical Poisons, What to Know

Poisons were added to Elder Scrolls Online with Update 4 Dark Brotherhood back in May of 2016. Poisons allow the player to “override” their Weapon Enchantments in favor of other effects such as: Defile, Fracture, or even just plain damage. Poisons can be crafted at an Alchemy Station, acquired from another player or even purchased from the Crown Store. There are a wide variety of combinations available, so picking the one you want can sometimes be challenging. Once obtained, you will need to slot the Poison in your inventory, and you can have up to 2 Poisons equipped (one on each bar). 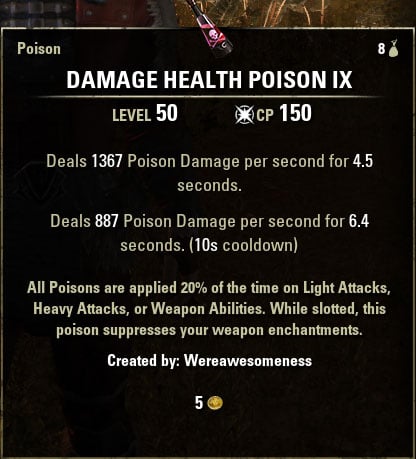 Poisons were added in Update 4 and override your Weapon Enchantment when equipped.

When Poisons are slotted, your Weapon Enchantment ceases to function and you will apply your Poison in it’s place 20% of the time when striking with Light Attacks, Heavy Attacks or any Weapon-based Skill that deals damage. Poisons can only be applied once every 10 seconds, which is 4 seconds less often than Weapon Enchantments. It is important to note that even though you may have 2 Poisons slotted, one on each bar, you can only have one applied every 10 seconds. This means swapping Weapons and attacking will not trigger your second Poison if the other is already applied, or is still on cooldown. For this reason it is recommended that you have a Poison on one bar and a Weapon Enchantment on the other.

Poisons can have up to 3 different effects on them, but it’s important to note that the more effects you add, the shorter they are applied to the target. Some Poisons only last 3 or 4 seconds, meaning that you have 6 or 7 seconds before you can apply the effects again. Keep this in mind when crafting your Poisons, because more is not always better. One also very important thing to note is that Poisons are affected to some degree by Champion Points, so be sure to keep this in mind when selecting your Poisons as well. 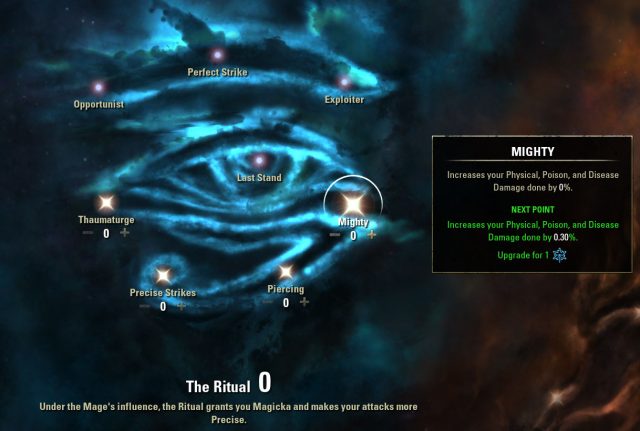 Some Champion Stars effect Poisons, like Mighty for Damage and Befoul for Defiling effects.

What You Need to Know About Moon Hunter

How this Set works is: anytime you strike any enemy or player with a Light Attack, Heavy Attack or any Weapon-based ability that deals damage, you have a 20% chance to apply your Poison for the listed duration(s). For all intents in purposes Weapon-based abilities here means Destruction Staff abilities, since this is a Light Armor Set and you will almost certainly be using a Destro Staff. You can only apply a Poison every 10 seconds, as mentioned above, so this Set essentially has a 4 second cooldown. 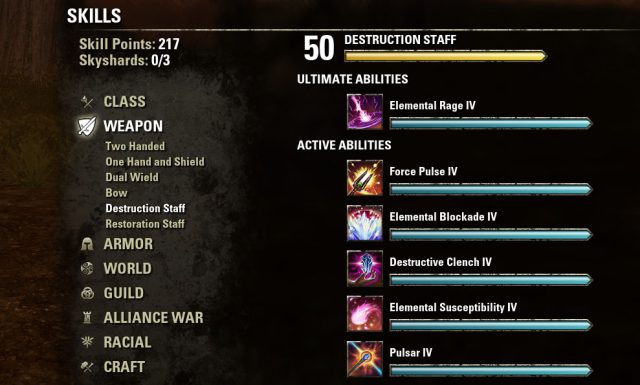 Any of these Skills can trigger your Alchemical Poison.

The Moon Hunter buff will last 6 seconds and it doesn’t matter if you swap and “break” the Set, the buff will still remain. This makes it a sold choice for a back or front bar, where you can buff and then swap and proc your Weapon Damage Enchantment. Keep in mind that the Spell Damage is affected by Minor and Major Sorcery, making it possible to reach a total of 750 Spell Damage with this Set.

You can tell when you have the Moon Hunter buff because your arms will glow blue. This is particularly useful for knowing when you have increased damage and to use your Ultimate or burst damage Skills. Most damaging buffs only glow orange-ish/red, making it hard to tell which is which. The blue of Moon Hunter helps alleviate that.

Because most DPS in Dungeons and Trials traditionally use a Weapon Damage Enchantment and some sort of direct damage Enchantment, you’re not only comparing the 5 piece bonus of 600 Spell Damage vs. other Sets, but you’re also comparing how a Poison measures up vs. that direct damage Enchantment (since you must use a Poison). To give you and idea, Moon Hunter gives you slightly more Spell Damage than Burning Spellweave, but has a lower up time 60% vs 66%. This means as long as you are using a Poison you could swap these pretty effectively, with Moon Hunter having slightly higher burst damage and Spellweave having better sustained DPS. 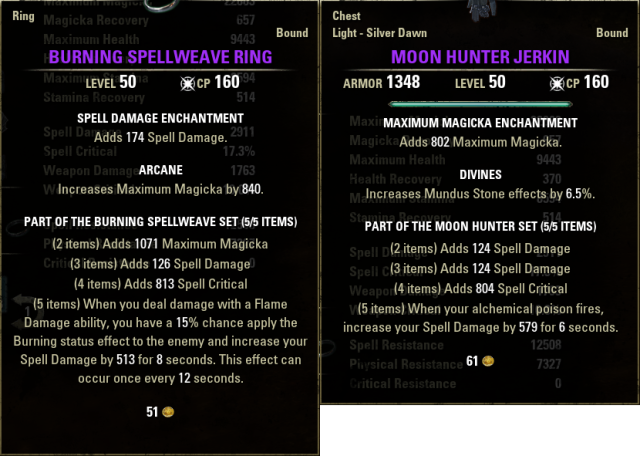 You can see that Moon Hunter actually gives more Spell Damage, however, it has less “up time” so has more burst potential and less sustained damage.

Comparing Enchantments to Poisons you will see there are pluses and minuses in a PvE in environment. On a Fiery Weapon Enchantment you gain 2736 Flame Damage every 6 seconds. This is approximately 456 DPS. If you use the Damage Health Poison below you gain roughly 1079 DPS. If you use an Infused Staff you will reach 1186 DPS, since the Enchantment will trigger twice as often and be 30% stronger. One thing to factor in as well, is that you only have a 20% chance to trigger your Poison, so you won’t reach that 1079 number consistently unless you are constantly AoEing targets with Wall of Elements. 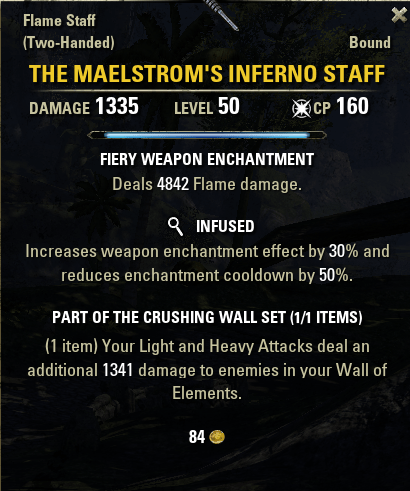 Infused Staves actually outperform Poisons in terms of damage, but not by a lot.

This is an excellent PvP Set because of the fact that Poisons are primarily used in PvP and Moon Hunter gives a ton of Spell Damage for doing so anyway. Because you can bar swap this Set, it has a wider range of potential as you can setup your target with your Poison of choice and then swap to your front bar or you can buff with an Infused back bar, then swap to front bar and unload.

With the right combination you can reach 6000 Spell Damage with this Set, which is frankly just insane. This gives you a lot of burst potential, which is exactly what you need in PvP. You need to kill quickly and move on to the next target, and this Set helps you do just that! 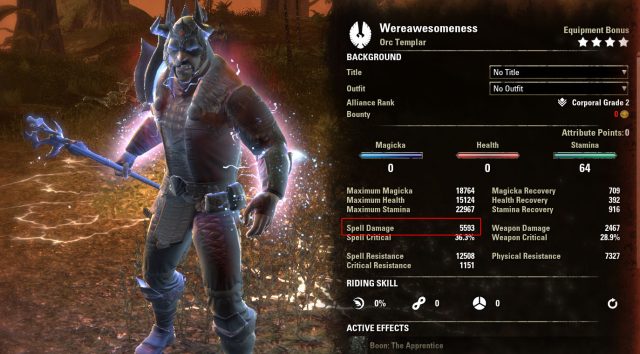 I hit 5593 Spell Damage here with a less than optimized setup. You can reach 6k Spell Damage if correctly geared.

Be sure to become familiar with Poisons and what types you can make so that you always have the right ones you want. There are many different types, so be sure to select the ones that best fit your style of play. Perhaps you want more healing (or Recovery), or you don’t want the enemy to be able to move. Most Poisons are meant for PvP, but you can use damaging ones in PvE to pretty good results. 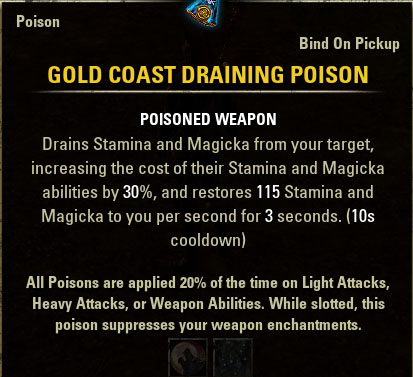 There are some great Poisons that don’t deal damage. Learn what they are and use them to great success in PvP.

As mentioned above, when using this Set be sure to have only 1 Poison slotted so that you gain the benefit of the Weapon Enchantment of your other bar. You cannot trigger 2 Poisons at once on the target so it is unnecessary, and Weapon Damage Enchants are very good to keep up as often as you can. Figure out a rotation that keeps up both as much as possible.

Remember to always keep up Major Sorcery and Minor Sorcery if you can because this will increase the amount of Spell Damage you get from 600 to 750, which is significant. And, because this Set has no Max Magicka, consider picking up a Set that does for your second one. If you’re PvPing, Shacklebreaker is a great choice, but if you’re PvEing you’ll probably want to go with either Siroria or Julianos.