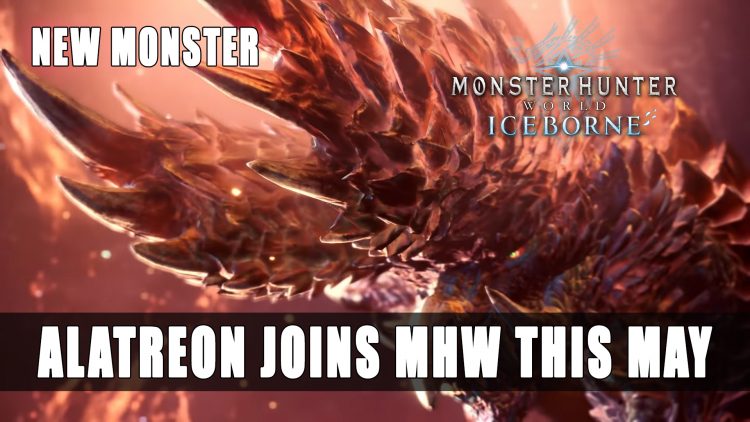 Capcom have announced they will be introducing a new Elder Dragon to Monster Hunter World Iceborne called Alatreon this May plus shares a title update roadmap.

Monster Hunter World Iceborne To Add Alatreon in May

Capcom have outlined new content coming to Monster Hunter World Iceborne, a new title update roadmap shared now showing off more content coming this May. Starting April 10th to May 7th will be the Full Bloom Festival in Seliana and Spring Bloom Festival in Astera. April will also be the start of synced updates for Monster Hunter World with version 13.50, meaning both consoles and PC will start to receive the same updates during the same time period. This includes Master Rank Kulve Taroth for all platforms and Arch Tempered Namielle, plus the second wave of Layered Weapons.

Alatreon approaches!! Confront the Blazing Black Dragon in #Iceborne this May ?❄️⚡️? pic.twitter.com/sai2iqI5da

Come May, Alatreon a “Blazing Black Dragon” will be joining the fray in Iceborne as part of the free Update 4, a fan favourite that appeared in Monster Hunter 3. In previous Monster Hunter titles Alatreon is capable of utilising a number of elements including Thunder, Ice and Fire attacks, which looks to be true from the trailer, and gives a good idea of what’s to come. This new mighty creature will also be introducing Alatreon Weapons, Armor and more. The roadmap also mentions June onward, this includes plans for new monsters and updates in future.

Monster Hunter World Iceborne is available on PS4, Xbox One and PC. You can drop by our wiki for all the latest info.