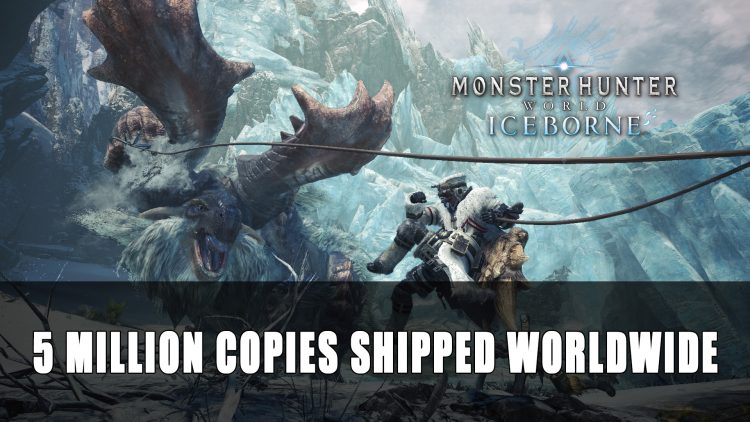 Capcom has been smashing through milestones, as in was just in January of this year that Monster Hunter World Iceborne, the latest expansion for the online monster hunter title, surpassed the 4 million mark for copies shipped.

Just a couple months later the title has now gone past 5 million units shipped according to an article by VGC. The latest figures also include the Monster Hunter World: Iceborne Master Edition which bundles together the base game and the Iceborne expansion. Iceborne first released on Playstation 4 and Xbox One on September 6th, then later joined the PC platform on January 9th.

Monster Hunter World is the first game in Capcom’s history to have surpassed 15 million units shipped, and the publisher also shared that the cumulative sales of the series has now gone past 62 million units as of March 13th. 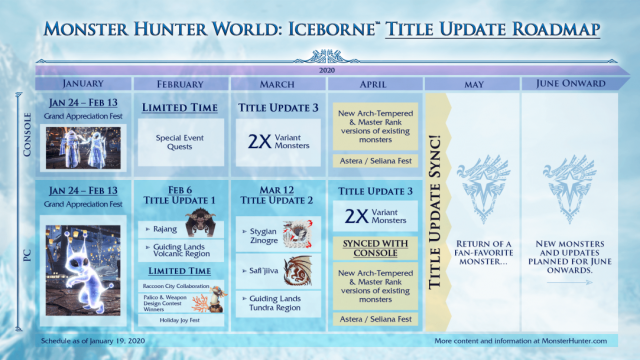 If you’re wondering what’s next for Iceborne, recently Capcom has announced the next major addition for Iceborne which provides variant monsters Raging Brachydios and the Furious Rajang. They  arrive on PS4 and Xbox One on March 23rd, while PC players will need to wait until April. However, April will be the start of synced content which was announced with a title update roadmap, meaning both console players and PC players will start to receive the same updates.

But that’s not the only Monster Hunter focus for Capcom, an upcoming movie adaptation is on it’s way releasing in September 2020 featuring cast Mila Jokavich as well as Tony Jaa, produced by Paul W.S. Anderson.

Capcom plans to carry out a number of initiatives to further cement the series’ position as a global brand, such as with a Hollywood film adaptation of Monster Hunter, a first for the series, scheduled for a September 2020 release.

Monster Hunter World Iceborne is currently available to play on Playstation 4, Xbox One and PC.