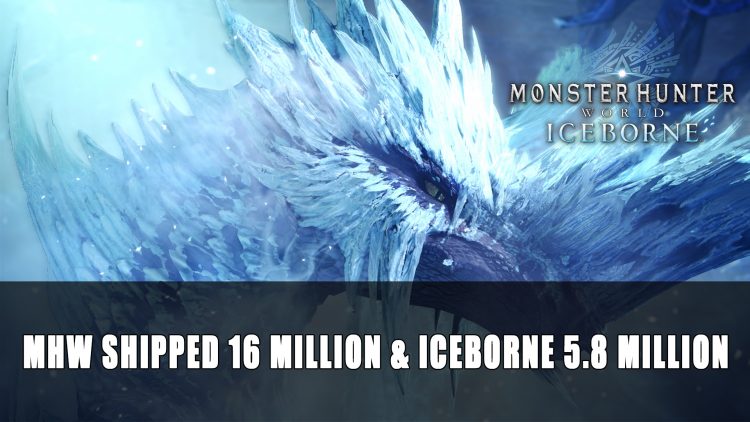 Capcom have announced shipment numbers for some of their recent and well-known titles that have been raked in some impressive numbers. This includes the recent release Resident Evil 3 which has now shipped 2.7 million units worldwide, Monster Hunter World which has reached a staggering 16 millions units and the latest expansion MHW Iceborne which now stands at 5.8 million units shipped.

Monster Hunter World Iceborne has continued to grow, last we heard of its shipment numbers was back in March where it had already surpassed the 5 million mark, now gaining another 1.8 million in the past few months. Monster Hunter World the base game has also now reached a cumulative 16 million units sold. 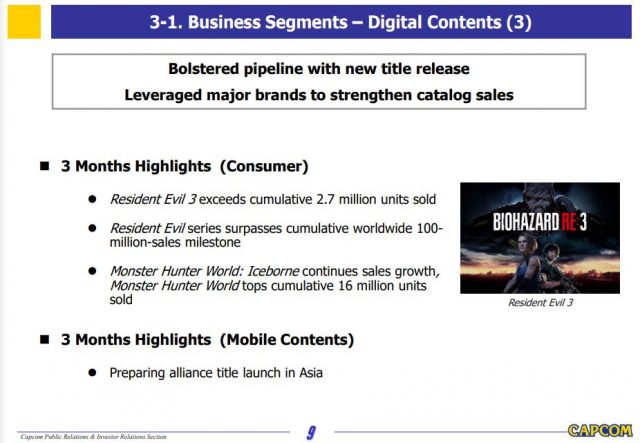 Covid-19 has of course affected sales this quarter, which can definitely be seen in Capcom’s other physical presence such as arcades. But digital sales  are on the up, gaining more than the previous year.

Recently Capcom announced it was releasing a Dragon’s Dogma animated series with Netflix which will be coming to the streaming platform this September.

Capcom also outlined their roadmap for content covering up to fall earlier last month which detailed upcoming event quests for Frostfang Barioth and a returning monster coming with title update 5.

Monster Hunter World Iceborne is currently available to play on Playstation 4, Xbox One and PC.