Monster Hunter World (MHW) features 14 different weapon types, with the Hammer being one of them. In this Guide we’ll take a look at exactly how to use this Weapon to its fullest, as well as show you some things you may not know about it. If you’re new to the game or you are a veteran of the franchise and just need a quick refresher, this Guide is for you.

The Hammer is a great choice of weapon for those that like to attack a bit slower but deal more damage. Unlike the Great Sword, the Hammer deals Blunt Damage which is excellent for Stunning Monsters. And also unlike the Great Sword, players can move while performing their Charge Attacks, making this weapon a bit easier to use for new players to the game.  When you pull off combos with the Hammer you can actually see and “feel” the damage you are doing, making this weapon extremely satisfying to wield. 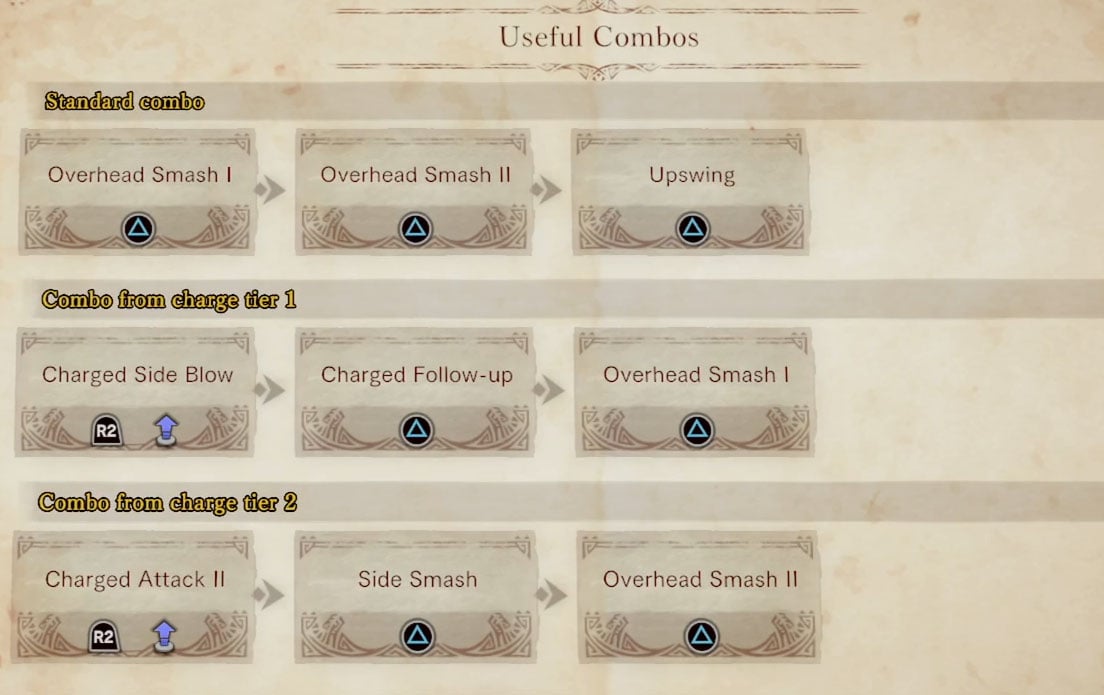 As you can see from the image you can chain R2 Charge Attacks much the way you can with the Great Sword.

Hard to see from the GIF but by charging and pressing Circle you actually gain a buff that prevents knockback and stun when using some attacks.

Hammers tend to have very low Elemental Damage and Sharpness, which can be problematic. Be sure there to keep an eye on your Sharpness and use a Whetstone when needed, preferably when you’ve KOed a monster or when you are chasing after one.

Always try to position yourself at the head of the monster you are fighting. You are most effective when striking it because of the high Stun Damage you deal and Stunning monsters will give you and your group some free damage, so you should constantly be aiming to KO them.

Pounding that head stuns the monster, which allows for easy attacks for your team.

You cannot Block with the Hammer (like you can with the Great Sword), so players using one must learn to Evade attacks. Because the Hammer has a shorter reach that most heavy weapons, this is more important than usual because you will be in the thick of it quite often in order to connect hits.

Because Hammers can knock other players flying be sure to stay clear of them when playing with other players who use them and try to avoid hitting others when you are using one (particularly when you upswing).

Lastly, Hammers have much shorter reach than you would think, especially when compared with the Great Sword. They make up for this though with high mobility, allowing them to move while charging. Make the most of that advantage and learn to hold your charges until you are sure they will connect, just be sure to keep a close eye on your Stamina when doing so.