Monster Hunter World (MHW) features 14 different weapon types, with the Charge Blade being one of them. In this Guide we’ll take a look at exactly how to use this Weapon to its fullest, as well as show you some things you may not know about it. If you’re new to the game or you are a veteran of the franchise and just need a quick refresher, this Guide is for you.

The Charge Blade is a fun, but more complicated weapon than any other is in Monster Hunter: World, and as such isn’t recommended to beginners. However, it is not as overwhelming as one would think and a little practice goes a long way. Players wielding this weapon will use their sword and shield attacks to charge energy into their Phials, which they can then unleash via the Axe form of this weapon to devastating results. You can also energize your Shield with those Phials, and by extension your Sword. Timing plays a big part in the competence with this weapon, and it rewards precision over blind aggression. 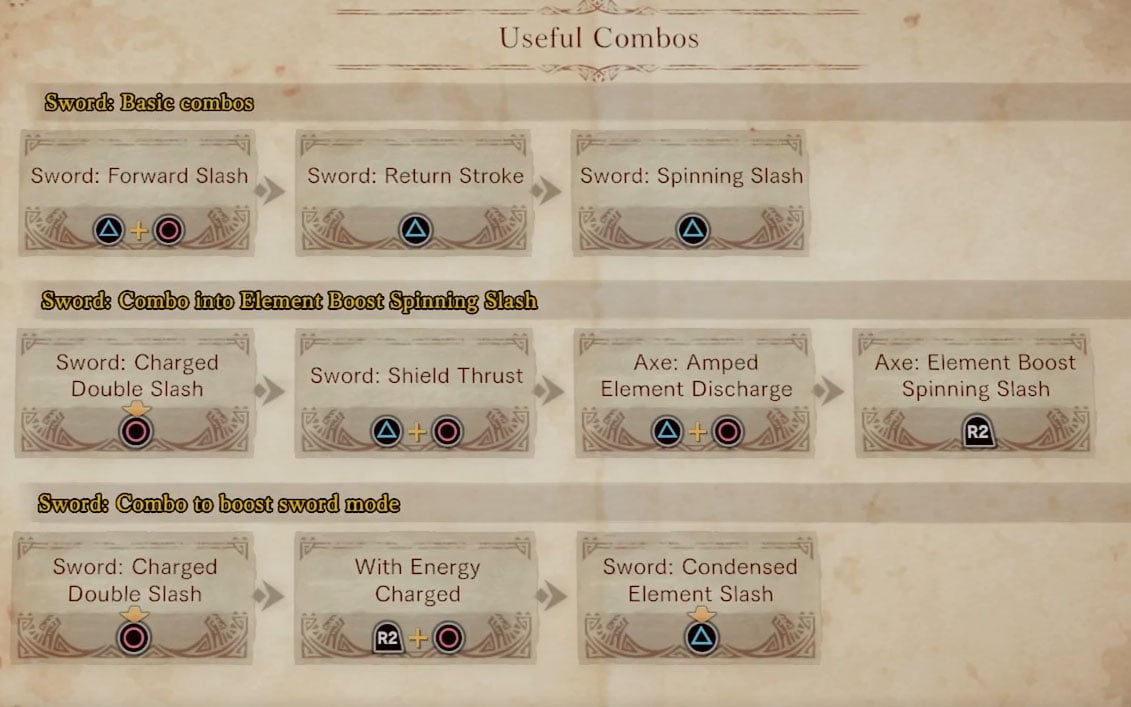 Some useful combos for the Charge Blade. I’ve actually never tried the second one…

Pressing R2 + O when your Gauge is yellow or red will store phials. Yellow gives you less than red, so aim for red if you can.

Pressing O when you’re in Axe form will do this attack (Element Discharge). This is your bread and butter high damage attack and one you will get very familiar with. As long as you are able to perform this then you will be ok until you learn advanced concepts.

When blocking an attack, the guard reaction can be chained into a Morph Slash, an Axe: Amped Element Discharge, or various other attacks. So don’t just stand there when Blocking, react appropriately after a successful guard.

Attacks with a Charge Blade are harder to deflect when its Phial effects are active, which is useful when targeting tough body parts. Keep that in mind and save your Phials for those parts if needed.

Condensed Element Slash and Charged Double Slash both have timing involved that increases or reduces their effectiveness, so be sure to practice these so as to be proficient with them. It doesn’t take that long to do, but can be hard to get perfect with monsters wreaking havoc.

Charged Double Slash and Condensed Element Slash both have timing you must learn in order to get maximum efficiency.

The best Charge Blade Hunters will learn the frames where their attacks can Block incoming attacks, minimizing the damage they take while still keeping their damage high. Practice those moves that have Blocking frames (listed above) and get to know them better.

Lastly, this weapon does extremely good damage even if you are only somewhat proficient with it, so you don’t have to be an uber elite god to use it. I recommend just “charging” into combat with it and getting a feel for it before you sit down and really work out all the combos to see if you like it (after reading this guide of course).