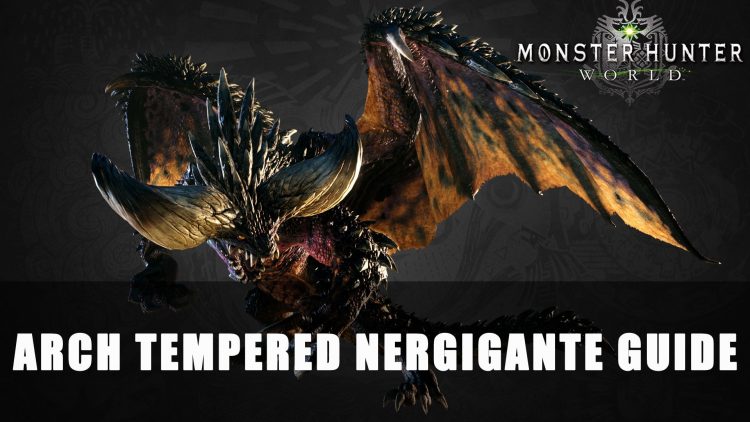 In order to tackle Arch Tempered Nergigante there are few items you should prepare to bring into the fight with you. 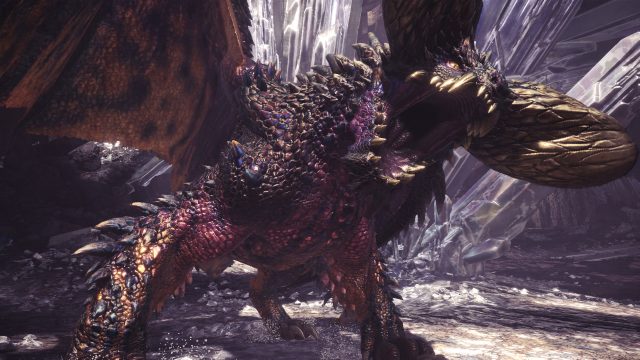 Start by eating something at the canteen which should always be a given when heading to battle. If players have extra vouchers make sure to use one for the desired skills: Insurance and Foodie. Insurance will give players an extra Faint per quest, while Foodie allows you to retain your food buffs despite carting negating. The use of several items ensure you’ll be in fighting shape. Players can select either camp 1 or camp 16 and head to Nergigante whose residing in quadrant 8.

Have your Bongo Cat (Palico with Coral Orchestra) start buffing you while you take the proper buffs. By the time you are all buffed out from your Palico, Nergigante should be waiting nearby the large crystalline boulders. Grab some Crystal Burst or a Rock and adorn your evasion mantle while baiting out an attack to roll through it to proc the extra attack power.

Attempt to position Nergigante under the first boulder and hit him to knock him down. Use this down time to assert your dominance with him and repeat this for the second boulder. Landing these 2 boulders will make the first encounter significantly easy compared to the later encounters as each one will deal 1311 damage. If you miss them just pop your temporal mantle and make use of it’s uptime to deal heavy damage to Nergigante.

Nergigante will move to quadrant 9 when he takes enough damage. Here, depending on your time, Arch Tempered Kushala Daora will descend. Since this area has a hill and a ledge, you can do mount attacks and jumping attacks. If you get a mount here this will be great as you will set yourself up for another mount later on. Once Arch Tempered Kushala Daora arrives, he and Nergigante will get into a turf war so sit back and use the time to heal and/or buff yourself. After enough damage taken, Nergigante will move areas once more. Use this time to fly to the nearby camp and stock as needed. Consume a cool drink to negate heat damage in the upcoming areas.

Here he will move to quadrant 12 and becomes more aggressive. You may have seen his new attack in the previous quadrant but he will use it quite often, even back to back starting in this area. Your temporal mantle should be back up so put it on and deal damage. Play safer when its on cooldown to prevent an easy death by him.

If Nergigante moves to quadrant 11 this allows you to get another mount in. At this point he should be weakened enough that he will limp away to quadrant 12. Only follow him if you are ready for him to fake you out and divebomb at you. He will do this twice, one here and one in quadrant 9. As he moves to quadrant 15 he doesn’t divebomb you and simply heads to rest. Head to camp 16 and stock up on Mega Bombs and pay the sleeping hedgehog a visit in quadrant 15.

Hopefully, your Temporal Mantle is up, so you can place the 2 bombs and buff your attack power while wearing the mantle. DPS him like crazy until the timer wears out and head back towards camp. Nergigante may follow you and this is okay just know that he can do this. He usually closes the distance by doing a divebomb. Restock on some bombs and you’ll most likely find him sleeping once again, at which point you can rebomb him. If you like you can rebomb him once more but at this point he should be on his last legs. Strike the final blow to obtain the new guild card titles and your Nergigante Ticket to craft the new armor and layered armor.

Final tip: I didn’t mention Flashbombs in this fight because in my experience it didn’t help me out. Although this is for a melee build, as flash bombs will help those who play range.

New Guild Cards will include:

Nergigante will display a number of attacks, these include:

To see this guide in action you can watch it here: