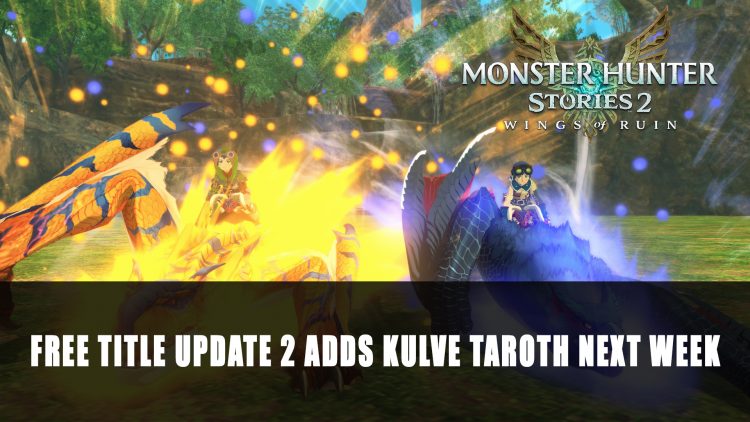 Capcom have shared the next monster to be coming in the free title update for Monster Hunter Stories 2 is Kulve Taroth.

The next monster to be joining Monster Stories 2: Wings of Ruin as a co-op quest exclusive which is Kulve Taroth, joining as part of the second free title update on August 5th. New Monsties will also be joining which include Hellblade Glavenus and Boltreaver Astalos.

Previously Capcom announced the Monster Hunter Storie 2 roadmap which covers a number of free title updates including further Monstie editions and co-op quest exclusives over the next few months.

Are you ready to battle the Mother Goddess of Gold?

Monster Hunter Stories 2: Wings of Ruin released on Switch and PC this month, adding a sequel to the turn-based RPG game. Players will battle Monsters and hatch their own Monsties, as well enhance their DNA traits with the Rite of Channeling system. If you want to know what we thought of the title be sure to check out our Monster Hunter Stories 2 Review: When Pokemon Meets Monster Hunting.

Capcom also announced a new collaboration for Monster Hunter Rise today, which will feature The Sun Goddess Amerterasu from Okami.