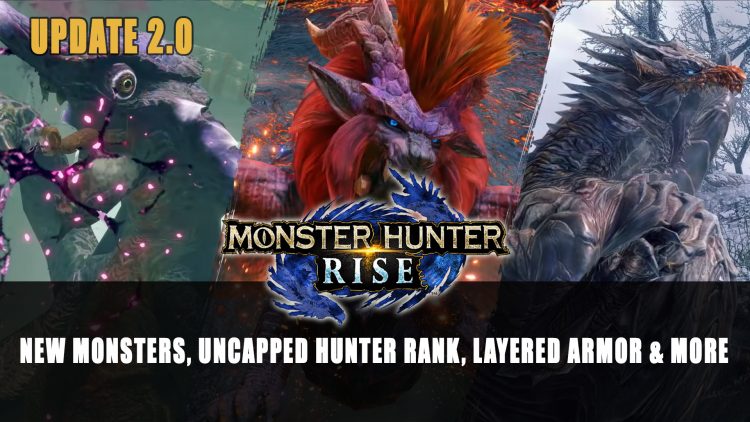 Update 2.0 comes with a number of new additions including Elder Dragons, Chamelos, uncapped Hunter Rank and more. The news announced the update to be releasing on April 28th (April 27th depending on your region) and is already live. This adds a host of content plus bug fixes.

Players can run quests to hunt Apex Monsters such as Apex Diablos and Apex Rathalos as part of the update. There is also Chameleos, and Kushala Daora. Previously released Apex monsters can also be challenged outside of Rampage quests at the Hub/Village, and Magnamalo will join the Rampage quest as part of the rotation.

The Hunter Rank which was previously locked at 7 will now be unpcapped and players will earn rank points after quests. Only Rampage, Arena and single-player quests will be included. The Palico and Palamute level cap has also risen to level 50. 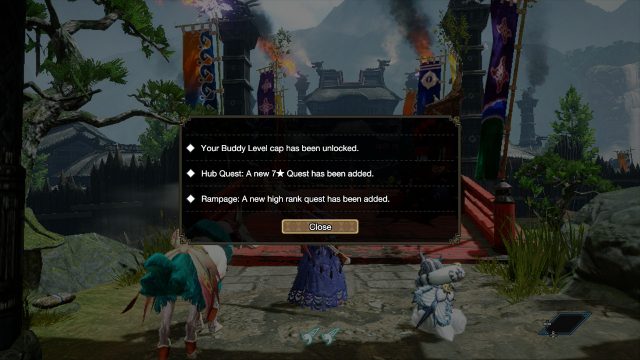 After you surpass Hunter Rank 7, this will unlock the new monsters in Village and Hub quests. There are also new quests, Arena quests, and requests available. Further new weapon trees, armor and Petalace will be available. You can also gain new skills and rampage skills.

Layered will be available at the Smithy after the Hunter Rank is unlocked. This means you can wear the Armor Sets you want, without worrying about the stats. Layered Armor wasn’t previously available through crafting before this update, so it’s great you now have the option to change up your look not only for your character but your buddies too. You still need some materials from the monsters of that set and an Outfit Voucher. 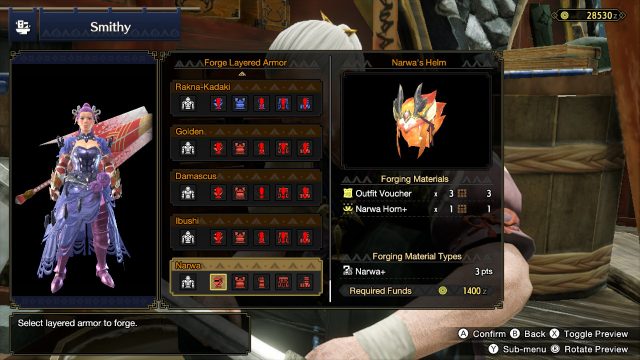 A new quest event will be made available for free, it’s repeatable and also can be played offline.

A new DLC will be added after the title update including ways to edit your character with Character Vouchers. The first voucher you will receive is free. The DLC also comes with new voice options for your hunter, so you can make them sound like your favourite characters like Fugen or Minoto. There are also new gestures, new hairstyles, stickers, pet clothing and more. 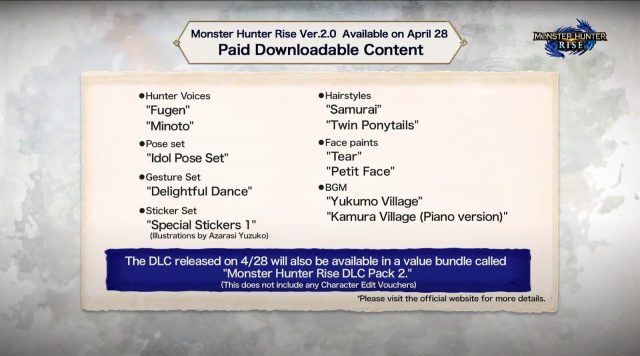 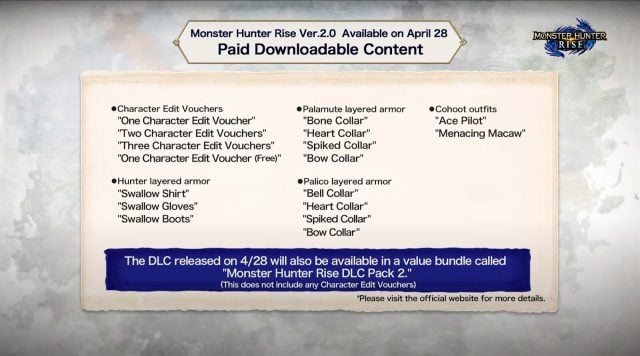 Capcom are already looking ahead for the next update which will be coming at the End of May. Expect more monsters and a new ending. Update 2.0 doesn’t finish the story for the game just yet, so expect more to come in the next update. 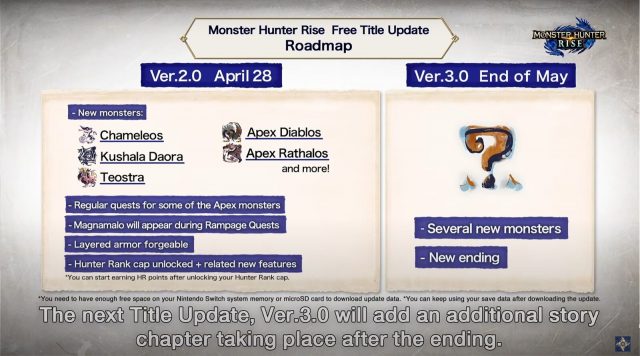 The live stream also gave new details about upcoming Monster Hunter Stories 2: Wings of Ruin which is a turn-based RPG Monster Hunter game releasing in July 9th. You can receive a “Rider” Hunter Layered armor set in Monster Hunter Rise with your save date when you purchase the game. 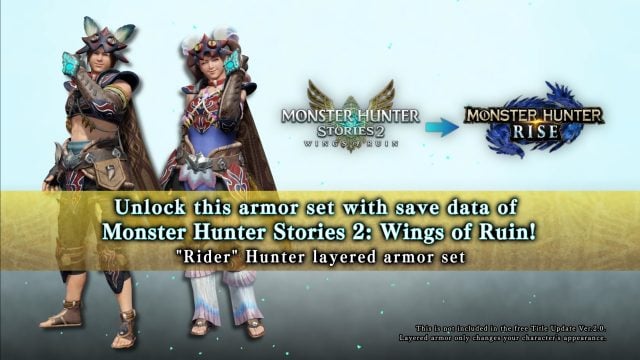 Monster Hunter Rise is available on Nintendo Switch and will be coming to PC in 2022.

For more news find it here in Rumour: Starfield Is Still Planned To Be Released In 2021 According To New Copyright Reservation and Bandai Namco Confirmed For E3 2021 – Will There Be Elden Ring?.