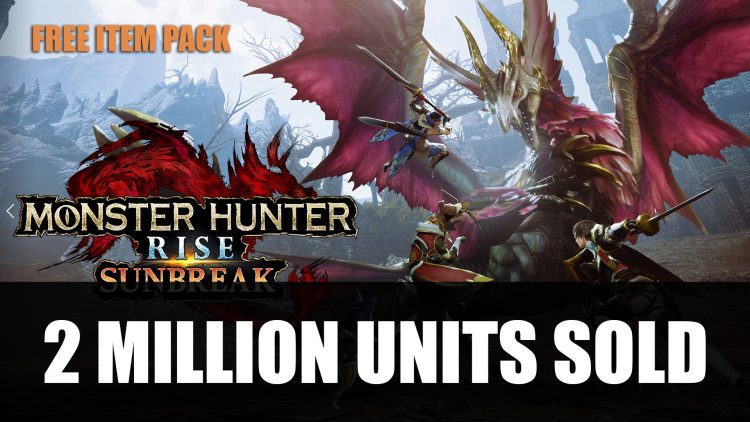 Monster Hunter Rise Sunbreak has now surpassed 2 million units sold and the base game has now reached over 10 million mark.

The first expansion for Monster Hunter Rise has now reached the milestone of 2 million units sold. Sunbreak unleashed this time on both platforms Switch and PC via Steam at the end of last month. The expansion boasts quite the number of hours as we spent over 200 hours reviewing the gameplay in our MHR Sunbreak review.

The base game has also reached a new milestone having surpassed 10 million units sold as well. The game is gaining a number of free updates this year which has been outlined in a roadmap. Gaining a free title update this August adding Lucent Nargacuga plus more monsters. Two more updates coming this year in fall and winter, as well as throughout 2023. 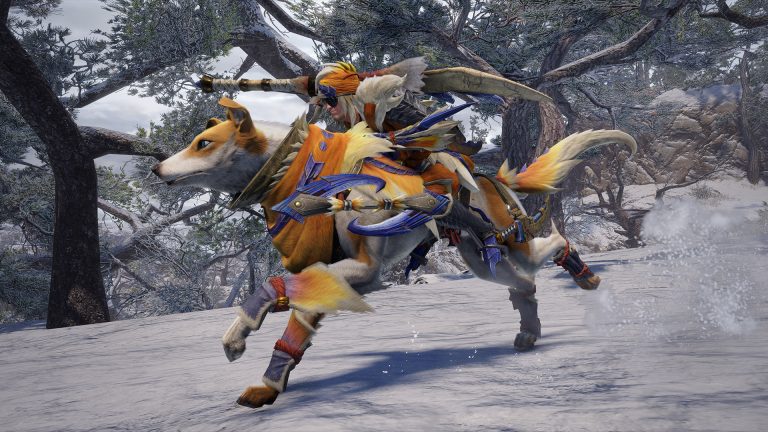 Sunbreak released at the end of June adding a whole new biome to explore, hub, weapon switch skills, and much more.

Celebrating the good news Capcom have announced players will also get 2 free items packs on July 7th. While details haven’t been disclosed as to how to obtain them, previously free item packs can be picked up from the mailman Senri, guess we’ll get further details on the day. In the past we’ve received such items as Mega Potions, Well-done Streak, Large Barrel Bombs and more. Basically, anything a growing hunter could need so be sure to look out for the new item pack when it drops.

If you haven’t checked out Monster Hunter Rise yet, you can get the free demo which will give you some idea of the combat and monster hunting. The new expansion adds a host of new content including follower quests, new Switch skills and much more.

Thank you so much for your incredible support! Monster Hunter Rise has surpassed 10 million units globally, with #Sunbreak already sun-breaking 2 million units too!