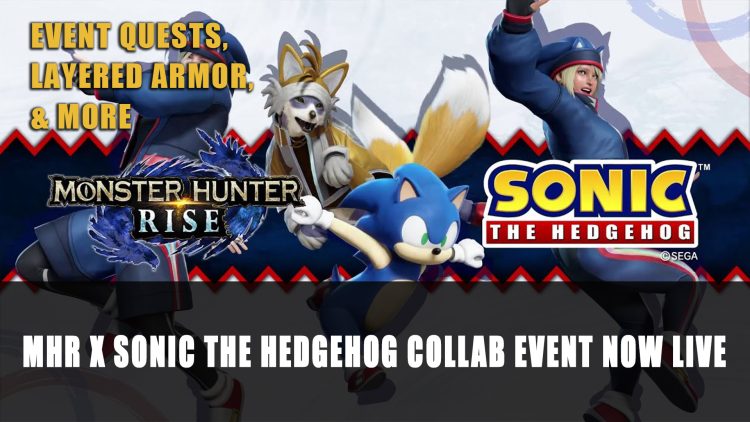 Sonic and Tails have now arrived in Monster Hunter Rise as part of a free collaboration celebrating the 30th anniversary of Sonic the Hedgehog. Players can pick up the new Event Quests from Senri the Mailman to earn themselves some Sonic themed goodies. This includes Sonic Wear for Hunters and Canyne Tails layered armor for Palamutes.

Palicos won’t be missing out on the fun either, as they also gain a Sonic Costume, transforming your helpful hunting buddy into a full-fledged Sonic that can Spin Dash.

You can also use a temporary boost called Felvine Bulb which will transform your Palico into Super Sonic, with a special 7 Chaos Emeralds animation. Decorate your room at Kamura Village with trinkets such as the Sonic Figurine which will be awarded for completing quests. 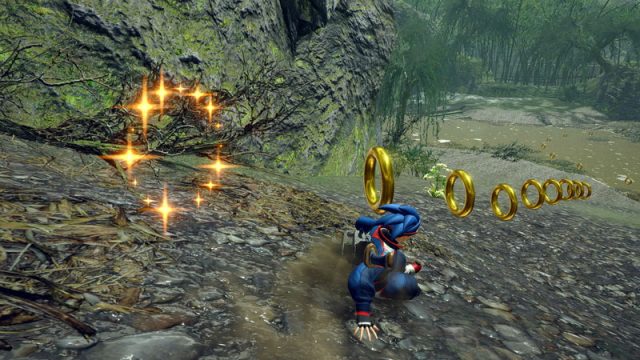 Two new special event quests are available where you will need to use your best Sonic skills to collect rings.

Recently Capcom has confirmed all post-launch content that the Switch received, will be coming to the Monster Hunter Rise PC version on Day 1 launch. This includes collaboration content, monsters and more.

Monster Hunter Rise is currently available on Switch, with the PC version launching on January 12th 2022. The first expansion Sunbreak will be coming to PC and Switch in Summer 2022.

For more news find it here in Monster Hunter Rise For PC Will Include All Switch Post-Launch On Day 1 Release and Pathfinder: Wrath Of The Righteous Gets Two Free DLCs.