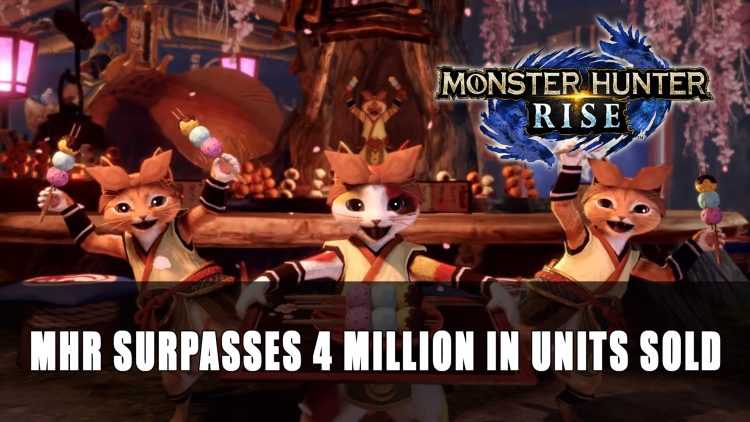 Capcom have sold a monster amount of units for their latest in the franchise Monster Hunter Rise. The Action-RPG came to Switch on March 26th worldwide and has plans for a PC release in early 2022.

What’s amazing about this sheer number is that Monster Hunter: World managed 5 million units sold in the same amount of time, but launched on both Playstation 4 and Xbox One. It later came to PC. This is quite an accomplishment for the hybrid console Switch.

In this latest entry, players can take their hunt solo or team up with friends to gain loot to craft a number of weapons and armor. The new mechanic Wirebug allows players to maneuver quickly, and there is even monster riding. You won’t be alone even in single-player as you will have both a Palico and Palamute to aid you in your hunt. Players will run into fan favourites such as Rathian and Rajang, as well as new monsters such as Almudron and Ranka- Kadiki.

Recently Capcom has announced new monsters will be arriving this April for Rise, including the mist making Chameleos. The cap for HR will also be unlocked with the next free title update.

For more news check out next Cyberpunk 2077 Patch 1.2 Introduces Hundreds Of Changes and We Are The Caretakers Announced To Be Coming To Xbox Series And Xbox One In 2021.