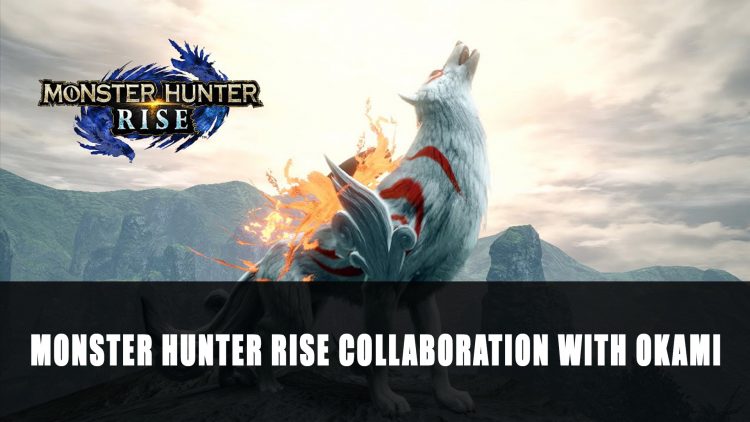 Capcom have announced the next collaboration for Monster Hunter Rise will be with The Sun Goddess Ameterasu from Okami.

Capcom have unveiled the next collaboration for the Action-RPG Monster Hunter Rise will be The Sun Goddess Amaterasu.

Players will gain the “Ammy Costume” a Layered Armor set for their Palamute. The Sun Goddes Amaterasu hails from the game Okami which will arrive on July 30th.

There are more collaborations to come in August as well as collaborations four and five coming sometime in autumn which have yet to be revealed. Previously Capcom revealed their roadmap for Monster Hunter Rise, which included the first collab content coming from Monster Hunter Stories 2: Wings of Ruin which released in July.

Also don’t miss out on the special Palamute a favourite from the Monster Hunter Rise dev team, who have now added it to the game. The Palamute Wanogre is available to join your party once you speak with Senri the Mailman in Kamura Village to receive the Palamute from the Add-on Content option.

A special Palamute from the #MHRise Dev Team has joined the fray! ?

Check in with Senri the Mailman, then Buddy Handler Iori to hire the one and only Wanogre! ⚡ pic.twitter.com/1QrqtZgBSV

In case you missed it the Monster Hunter: Legends of the Guild will debut on Netflix on August 12th which is an animated film which will feature the Excitable A-Lister Aiden.