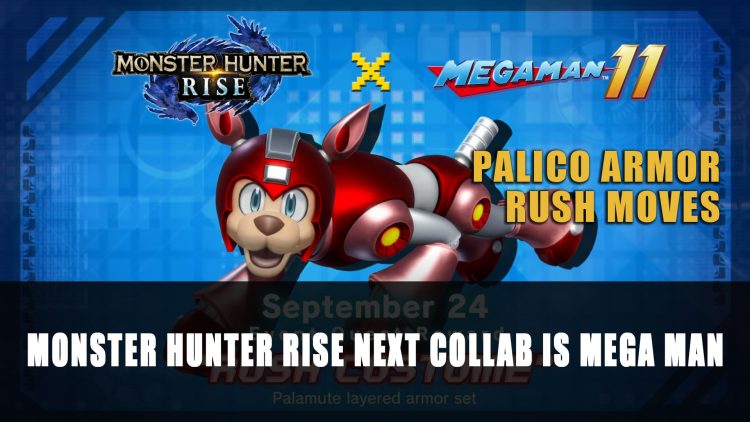 Capcom have announced the next Monster Hunter Rise collaboration will be with Mega Man.

Capcom has announced that Monster Hunter Rise is getting a collaboration with Mega Man. Players will be able to gain Rush as Palamute layered armor comes September 24th as event quest reward.

The new trailer features the robot armour-clad Rush from Megaman 11, which will be new Palamute layered armor. But it also looks like Rush comes with a number of tricks that Mega Man fans may recognise, including throwing up players into the air to reach higher ground and boosting players while riding.

This isn’t the only collaboration that MHR has received so far, previously players received an Okami crossover and one for Monster Hunter Stories 2.

Monster Hunter Rise is currently available on Switch and will be coming to PC next year.

For more news find it here in THQ Nordic Celebrates 10 Year Anniversary Across Platforms and Tales Of Arise Has Now Shipped Over 1 Million Copies; Fastest Selling Game In The Tales Franchise.