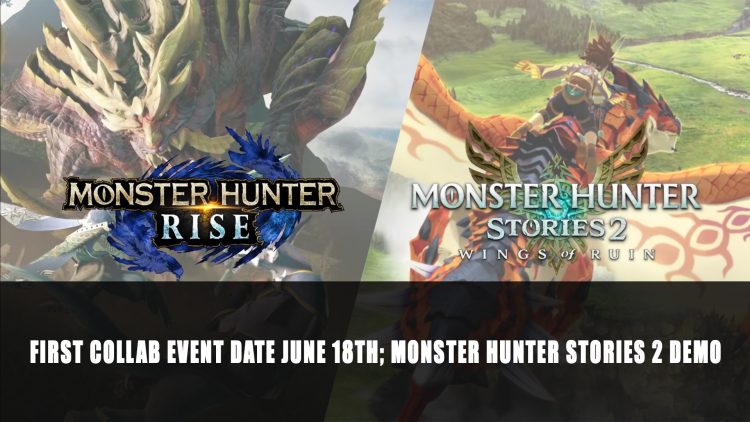 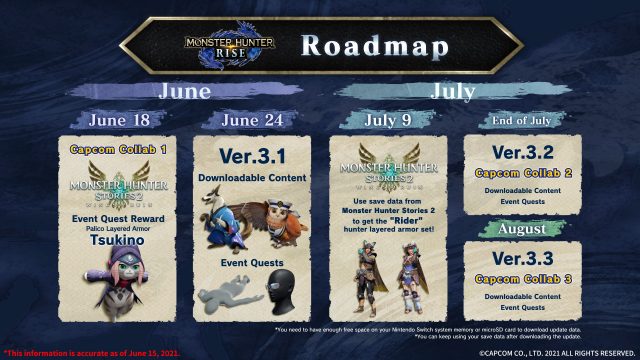 The next title update for Monster Hunter Rise will arrive on Thursday 24th June, adding five new Event Quests: Almudron: Fashion Victim, Fooled in the Flooded Forest, Rampage: Muddi Gras, Heart of a Hero, and An Icy Blade So Bright. This will also bring with it a number of quest rewards.

Get the Tsukino Palico Layered set from #MHStories2 on June 18th and even more Event Quests and fun Rewards rolling out starting June 24th with Ver. 3.1 📜 pic.twitter.com/CZRThq9bOq

Capcom also announced a demo for upcoming turn-based RPG Monster Hunter Stories 2: Wings of Ruin which will be available on June 25th, ahead of its launch on Switch and PC on July 9th. Progress will be carried from the demo version to the launch version, so you can start off your Stories 2 adventure and continue when the title releases where you left off.

The developer also shared they will continue to support Monster Hunter Stories 2 after launch with free title updates, the first will be the Monster Hunter Rise Palamute that joins as a rideable Monstie on July 9th.