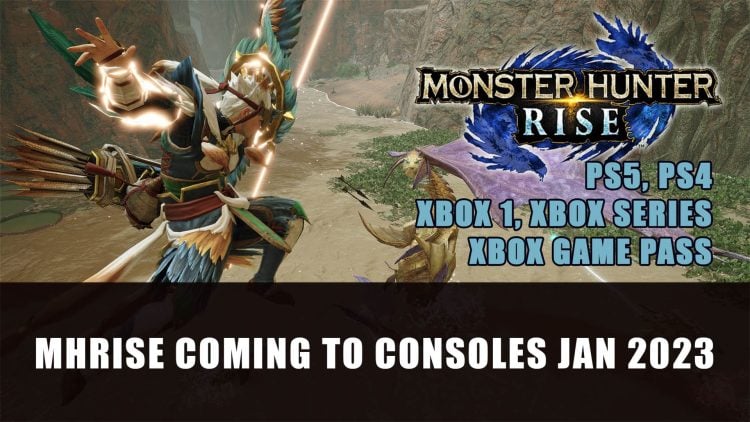 Capcom have announced that the Action-RPG Monster Hunter Rise will be coming to consoles in January 2023.

This week there were rumours floating around that Capcom would be making an announcement about Monster Hunter Rise coming to more consoles in early 2023. Today they have confirmed that the monster hunter title would be coming to Playstation 5, Xbox Series X|S, Playstation 4, Xbox One and Xbox Game Pass on January 20th 2023. The game is now available for pre-order priced at $39.99 USD. Those who pre-order will gain Layered Armor bonuses for their buddies Palamute and Palicoes. 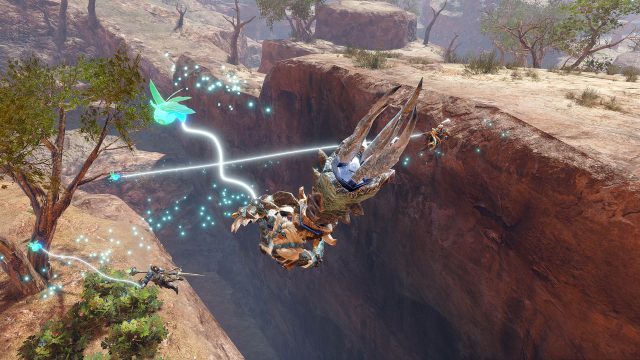 Monster Hunter Rise was first released as a Switch exclusive in 2021, then later released for PC along with Sunbreak this year. The title adds a number of new features to the franchise including new ways to get around such as the Wirebug skills. You can also hop on your trusty Palamute to help traverse the maps. These little buddies can even help out in taking down monsters. Sunbreak added a number of new challenges with further Master Rank Monsters, weapons and more.

Those who decided to pick up the title on PS5 and Xbox Series X will be getting the latest gen experience. Both platforms will offer 4K resolution with up to 60 FPS, or 1080P res with up to 120 FPS. These consoles will support 3D audio for a full hunting experience. Those on PS5 can also enjoy Adaptive Trigger support with PS5 DualSense controllers giving extra feedback when using Gunner weapons or blocking with a shield.

If you have an Xbox Game Pass subscription, you can also check out Monster Hunter Rise in January at no additional cost. The subscription service has added a number of great games and this one is no exception. If you have Game Pass Ultimate, you can use Xbox Cloud Gaming to join the hunt.

As for what the game will contain at launch, Capcom have confirmed that Version 10 will be available on release day, meaning it will have Monsters and Event Quests that were made available on the Switch and Steam versions.

The Sunbreak expansion will also be coming to these new platforms in Spring 2023. The expansion first launched earlier this year for Switch and PC adding a whole slew of new monsters to slay and new Silkbind attacks. This means new quests, armor, weapons and more. Free title updates have been rolling out steadily since the expansion launch, adding further customisation with the anomaly research lab. Granting special materials upgrade weapons and items. It’s uncertain whether the expansion will launch with all post-launch content in spring, or whether it will be similar to the base game releasing a certain version. 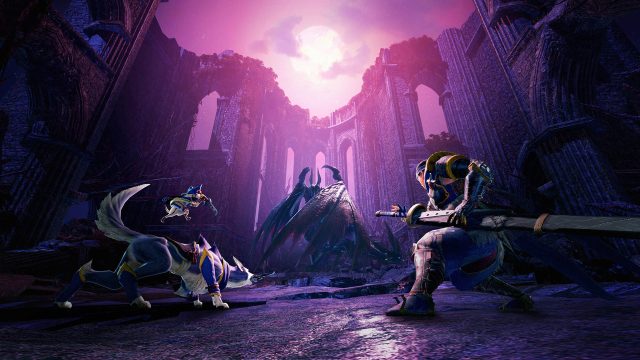 If you’re looking to get some bonuses for ordering early, be sure not to miss the special layered armor for your Palico and Palamute. The Playstation blog has revealed if you pre-order the digital edition before January 20th 2023 you can get the layered armor set an the Novice Talisman which will help you in the early game. 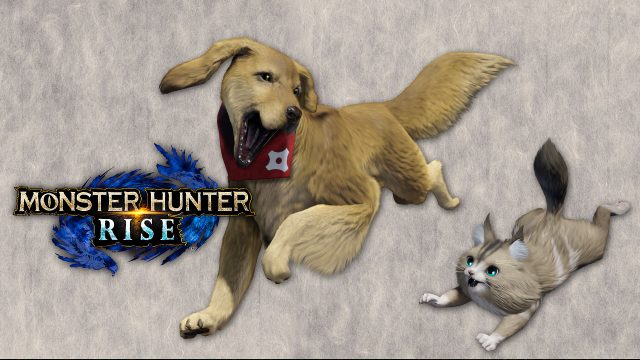 The pre-order bonus includes a layered armor set for your buddies.

There is also the Guild Cross armor and Legacy Talisman which will be available for free for all players. This gear is suppose to help hunters by adding some extra defence and useful skills to progress through the early quests of the game.

This news is great for those looking to check out the title on new platforms or for the first time. Capcom seemed to have timed this well as the rival fantasy-hunting title Wild Hearts will be releasing just a month later in February, also hitting current-gen consoles with cross-play. So far there seem to be no plans for cross-play or cross-progression between platforms for Rise.