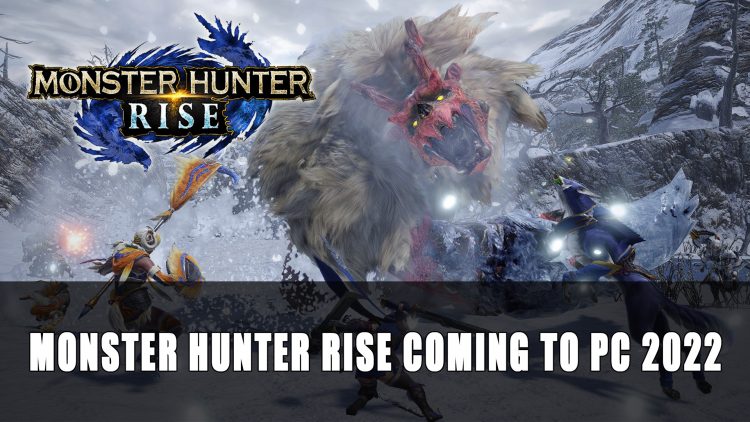 Capcom have announced that Monster Hunter Rise will be coming to PC but next year in 2022.

Monster Hunter Rise has been confirmed to be coming to PC as well as the Switch, but launching in early 2022. According to an interview with IGN Japan with the producer of Monster Hunter Rise, Ryozo Tsujimoto, he shared that there were was a lot of requests for a PC version of the game:

We received a lot of requests for a PC version of Monster Hunter Rise, particularly from overseas players, and so we have decided to develop a version for PC, which we aim to release in early 2022. This is still under development, so I’d like to share more detailed information when the time is right.

Capcom was hit by a ransomware attack a few months ago, which threatened to leak a number of internal documents from the Japanese game developer, if they did not pay up. Capcom did not comply with the threat and documents were released, leaking strategies including one which would bring the Switch exclusive Monster Hunter Rise to PC. At the time it was hard to tell if this was just an outdated document and whether Capcom’s plans had changed, according to today’s confirmation apparently not.

This is similar to what happened with Monster Hunter World, with consoles released coming first, then PC roughly 7 months later, but with updates for PC lagging behind. It was later on when the updates were released simultaneously.

So far there are no details about the PC version. Monster Hunter Rise will be coming to Switch first next month. It will be interesting to see if there will be cross-play between platforms.