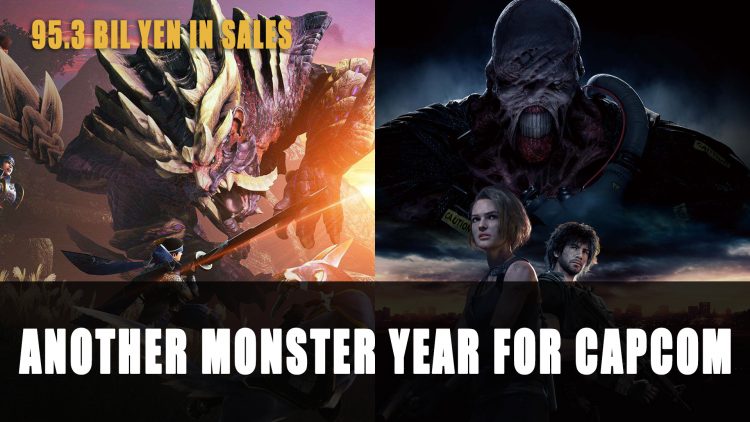 The revenue for the financial year ending 31st March 2021 for Capcom made 95.3 billion yen, which is up 16.8 percent from the previous year. With profit raking in at 34.6 billion, up 51.6 percent from the previous fiscal year. This major success is down to Capcom’s major releases Monster Hunter Rise which launched on March 26th 2021, and Resident Evil 3 which released on April 3rd, 2020. As well as sales growth for high margin back catalogue titles Monster Hunter World: Iceborne, and the Resident Evil 2 Remake. The native versions on Xbox Series X|S and Playstation 5 for Devil May Cry 5 “also performed well”. No doubt video games had steadily rising interest with lockdowns also helping numbers.

However, looking ahead Capcom predicts the fiscal year that ends on 31st March 2022 will be around 100 billion yen in revenue, and 42 billion yen in profit. Resident Evil Village just released and has already quite the launch on Steam.

Be sure to check out our Monster Hunter Review if you want to know what we thought of the game, plus swing by the Monster Hunter Rise wiki for all your hunting needs. Want to know our thoughts on Resident Evil Village? Check it out below: