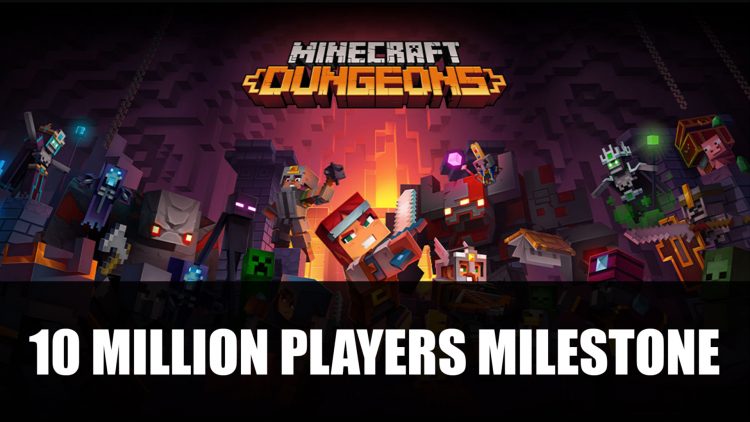 Minecraft Dungeons the dungeon-crawler RPG based on the Minecraft universe has reached a staggering 10 million players. Celebrating this milestone, developer Mojang are releasing a free cape and pet pig for DLC owners on February 24th.

The free items arrive on the same date as the update, adds new additions including new mode Ancient Hunt, procedurally generated runs through the Nether. Plus a new Piglin merchant that will be available at your camp.

The fourth paid DLC Flames of the Nether also arrives on the same day as the update.  It will feature six new missions across “familiar biomes as you’ve never seen before”. Players can also enjoy new artifacts, weapons, and armor to obtain, plus two new skins, as well as a Baby Ghast pet.

Mojang also released some interesting stats, including players have defeated the Arch-Illager 5,934,629 times.

The Dungeons community has hit ten million players and spent a whacking 6660 YEARS fighting minions of the Arch-Illager!

Since we can’t bake a cake big enough, we’re celebrating your support by adding a free pet and cape on Feb 24! Learn more now:

For more news be sure to check out next E3 2021 Going Ahead With Three Day Digital Event Most Likely and Minecraft Dungeons’ Flames Of The Nether DLC Plus Free Update Launches February.