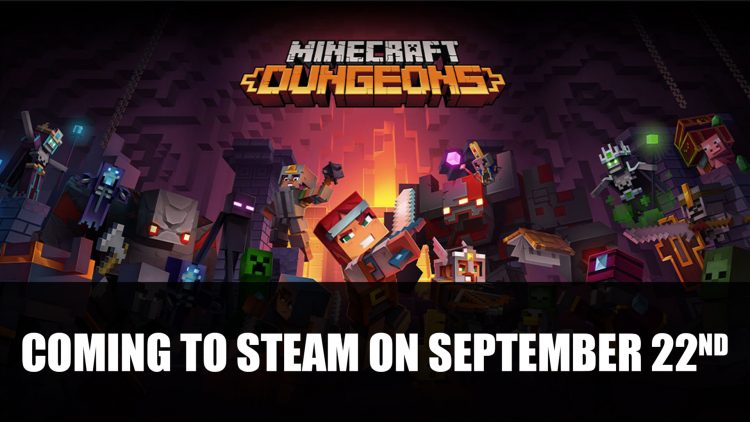 The RPG dungeon-crawler Minecraft Dungeons is coming to Steam this September.

Mojang and Xbox Games Studios have announced the dungeon-crawler Minecraft Dungeons will be coming to Steam on September 22nd.

The base game will be $19.99 and the Ultime Edition which includes both base game and all six DLCs will be $49.99. Previously the title was available through the Microsoft Store only.

That’s right, on Sep 22 we’re launching on Steam, and if you buy the Ultimate Edition, we’ll throw in some sparkly extras like soundtracks and digital artwork!

Read more and add Dungeons to your Steam Wishlist now:

Three additional battle passes called the Hero Edition, Hero Pass, and Season Pass will be available with discount through digital sales from August 31st, as well as in retail stores until stock runs out. Mojang and Xbox Games Studios shared in a news release that “Players will still be able to purchase the same DLCs and in-game content, which will be available as part of the Standard Edition (game only) and Ultimate Edition (game and all six DLCs).”